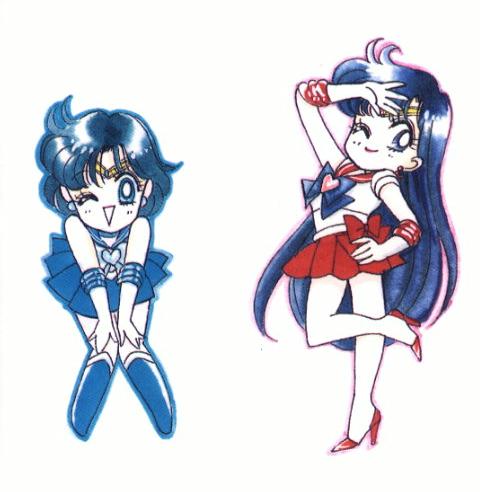 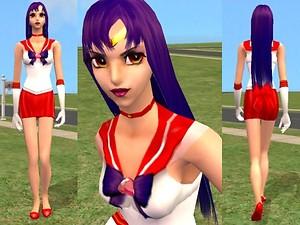 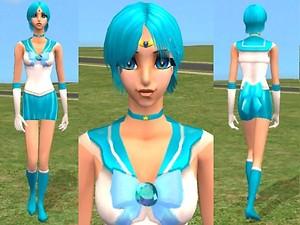 201 Thanks  Thanks     14 Favourited
By the request of kazeboy1 I bring you Hino Rei aka Sailor Mars, and Mizuno Ami aka Sailor Mercury. I previously uploaded them during the site expansion week, but I think the thread was lost while things were being moved, so I'm posting them again because a promise is a promise. I'm sure Sailor Moon is more famous than Pokemon or Dragon Ball in North America, I personally like the Manga version better, but when I was still in grade 8 I use to watch the TV version everyday when I came home from school. Out of all of them I like Mercury the best. Ice cold and smart, that's what I like in a girl :tooth:

After I completed them, I realized that I made a really stupid mistake. Both of them are high school students, but I made them as adults, hope you guys can forgive me for being so careless. Anyways, the hair mesh for Mars is made by shannara, it's a long hair mesh with bang, really useful. Here's the link. http://www.modthesims2.com/showthread.php?t=52877
As for their uniform I used telamon's micro dress mesh, simple but good. Give it a shot. http://www.modthesims2.com/showthre...ghlight=telamon

I don't think I'll complete all of them, so who ever is intrested to finish off the rest and don't want to waste time making the uniform, you have my permission to recolor my work. Just don't forget to link the mesh