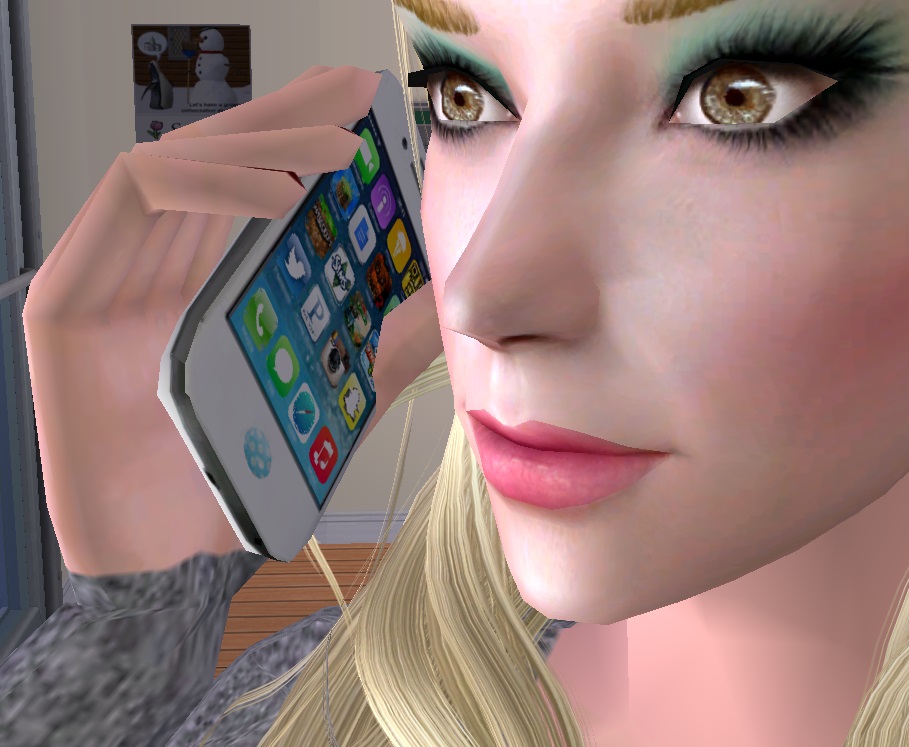 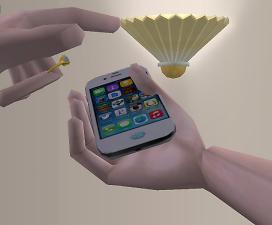 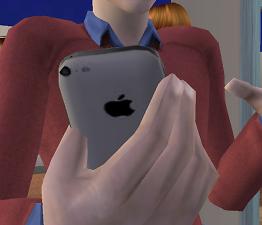 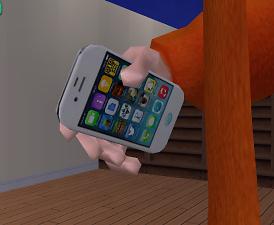 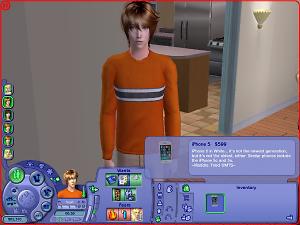 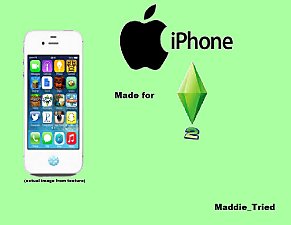 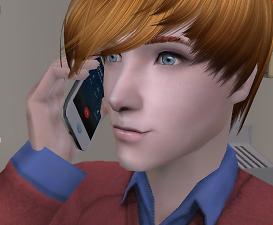 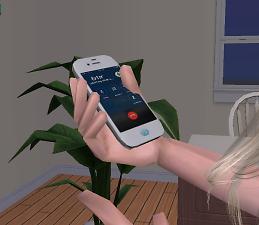 I would like to begin by giving huge credit to BloodyScholastic for this mesh. I couldn't have done this without it. Find his upload, if you're a bigger fan of Samsung, at http://modthesims.info/d/488626 ... the sides of the phone are still from his creation, and my edit was the front and back faces.

This is an iPhone 5, which I realize is not the newest generation, but fit the mesh better, since it is smaller. It is white, and has a variety of fun apps I added.

The apps I included were some that came with the phone, such as Phone, iMessage, Safari, Music, FaceTime, Podcasts, and Tips. (obviously, though, you cannot FaceTime in the game. I wish we could, though.

)
There are also some other apps, as well.

Some of these are games, including Five Nights at Freddy's 2, The Sims 3, The Sims Freeplay, Minecraft Pocket Edition, Flappy Bird, Temple Run, and Plant Tycoon.
Some are social media or used for other things, including Instagram, Snapchat, Twitter, Minecraft Seeds Pro, Pandora Radio, and Google Docs.
The back of the phone also has the Apple logo on it.

The phone can be bought for §599, just like the original Samsung Galaxy.
Also, did I mention, it comes with an adorable home button sticker? Unlike real life ones, this won't peel off XD

Phone functions like original cellphone from the game. Obviously, though, it is more modern. No one uses flip phones anymore. (Sorry to flip phone users)
If you have ANY questions or comments, please comment

REMEMBER, you can have only one cellphone replacement package in your downloads folder at a time.
Mesh is included. I only mention that 'cause people are lazy, just like me, and don't want to go searching for a mesh.

UPDATE:
I have added a new file, similar to the first one. This is the same iPhone, but instead of the home screen, it has a call screen.
When I showed my friend the pictures for my first upload, she asked how they were making a phone call when the phone is on the home screen. Now, of course, she has not played Sims, and doesn't seem to understand that the screen doesn't ACTUALLY change, but it was a fair question. If TS2 moviemakers wanted a real-looking phone call in their movie, that would certainly help.
The phone is entirely the same, just with the screen replaced. All text is in simlish font, and the profile picture is a plumbob.
Hope u like

and credit to Kaelyn for not understanding the functions in TS2... or TS3 for that matter.

Additional Credits:
BloodyScholastic for original mesh and side textures.
Google Images for the images of a million apps I looked up.
Paint.net for awesome abilities that MS Paint doesn't have. SimPE for making this easy to do... after all, I didn't use tutorials. I had to teach myself how to edit this :'(
Creators of Snapchat, Instagram, Twitter, The Sims 3 (app version), The Sims Freeplay, Flappy Bird (which is unfortunately off the app store), and Pandora Radio.
Google for Google Docs app.
Scott Cawthon for Five Nights at Freddy's (not just the second game... all of them). His website is http://scottgames.com/
Last Day of Work for Plant Tycoon. Their website can be found here at http://ldw.com/ (they have awesome strategy games

)
Imangi Studios for Temple Run.
JN Interactive for Minecraft Seeds Pro
Mojang for Minecraft. Not just the app. I love Minecraft.
Other Information

This is a new mesh recolour, and means that you will need to download the particular mesh itself in order for this to show up in your game. See the Meshes Needed section or read the text for more information.
Archive: [Maddie_Tried]iPhone_5_White.rar
File: iPhone_5_White.package Object Object Included Custom Content
iPhone 5 Array

Description: iPhone 5 in White... it's not the newest generation, but it's not the oldest, either. Similar phones include the iPhone 5c and 5s. ~Maddie_Tried @MTS~

Description: iPhone 5 in White... it's not the newest generation, but it's not the oldest, either. Similar phones include the iPhone 5c and 5s. ~Maddie_Tried @MTS~