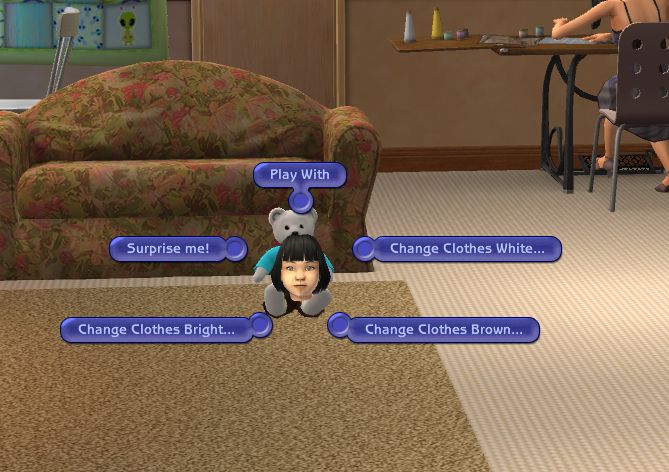 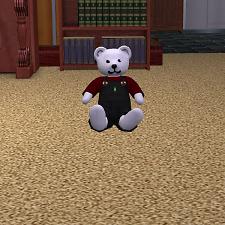 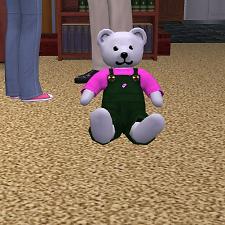 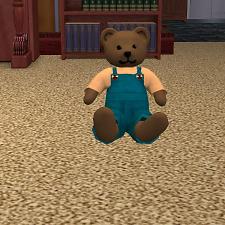 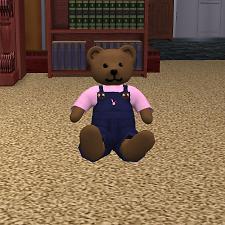 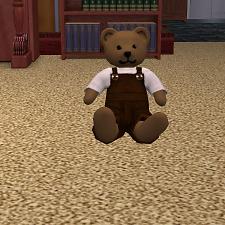 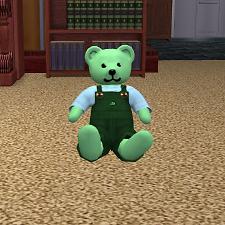 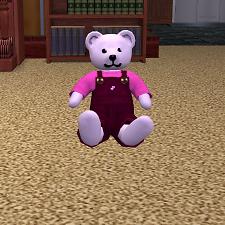 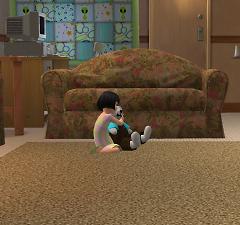 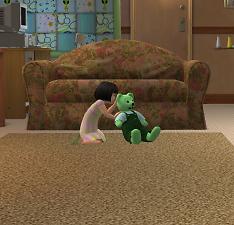 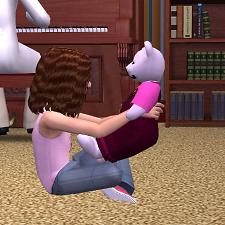 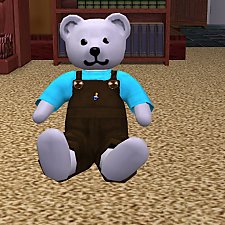 97 Thanks  Thanks     25 Favourited
This is a new mesh, and means that it's a brand new self contained object that usually does not require a specific Expansion pack (although this is possible depending on the type). It may have Recolours hosted on MTS - check below the description for more information.
Picked Upload! This is a picked upload! It showcases some of the best talent and creativity available on MTS and in the community.
Haven't you ever wondered why you couldn't change the teddy bear's clothes in game? An iconic childhood pastime, and yet it is missing.

Well you don't have to wonder any more! Because now you can

I present to you the Dress A Bear! It is in the general/child category of the catalog for a whole 60 dollars! Cheap at twice the price considering this little gem of a deal comes with 8 different outfits to choose from. The bear comes with various options available, where you can select the bear's clothes (or your toddler or child sim can, as it is autonomous) plus a special surprise me! option where the bear's clothes are randomly assigned.

It is cloned from the EA teddy bear, so shares the same poly count. This is made however with the Sims 2 Ultimate Collection, so while I do not know for sure, I would say for safety's sake that it would require everything. If you are a brave soul and want to try without all of it, feel free to report back to me and let me know what you find out.

These are not recolors that show up in the catalog either. They are within the bear itself, and it changes material to change the clothes. I had a tester that looked for them, not realizing it was an interaction on the bear itself, so am just telling you to avoid confusion

As far as what you will see, when they interact with it, the child or toddler will play with it like normal, but when they put it down, the bear will change appearance. They really aren't "changing clothes" any more than you see your sim really undress and dress in game play.

I wanted to add, while this is a modded object, it isn't likely to conflict with anything. I really can't think of anything it would conflict with, unless you have a global mod that affects normal bear game play, that somehow messed something up. Most of them I know, wouldn't affect this one adversely even if you did have a teddy bear mod in game. It just would either work like normal, or not work at all with it, because the corresponding bhavs aren't part of this bear, but there is always the possibility so I thought I would mention it.

Textures are EA's and mine. The emblems and such on the bear's clothing are pictures of things in game for memories and such. 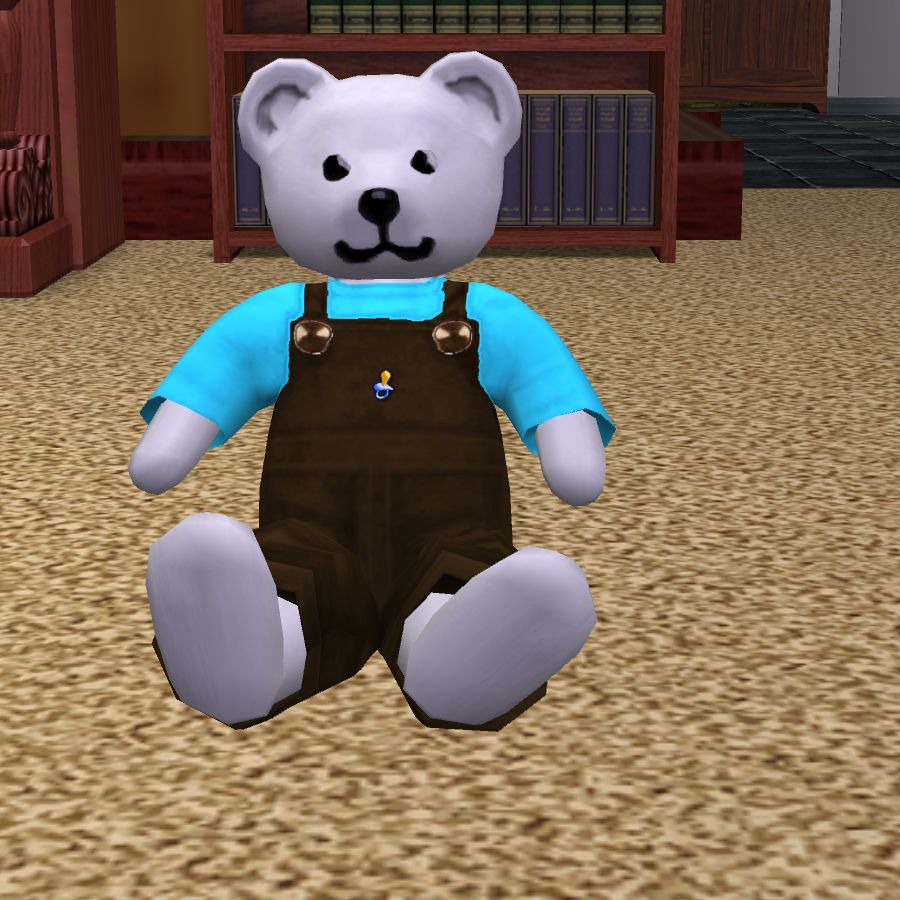