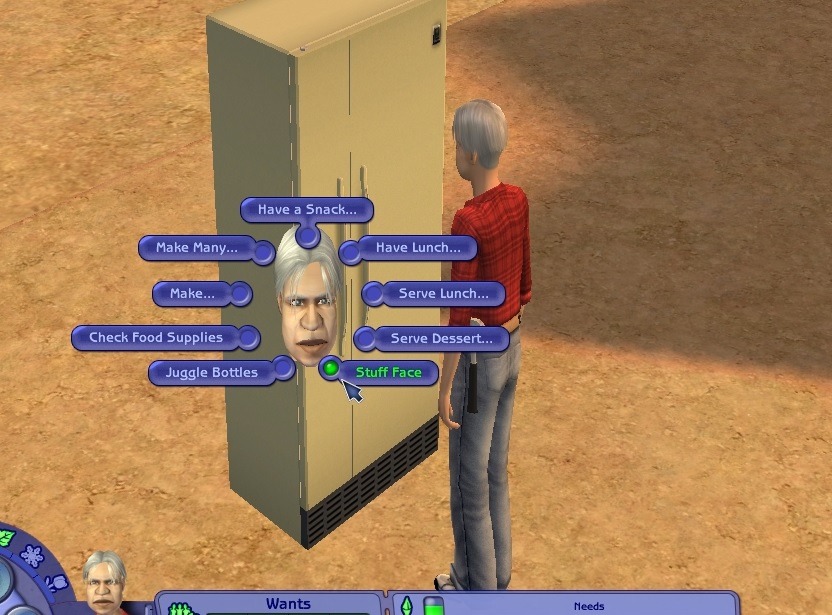 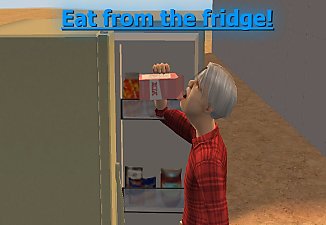 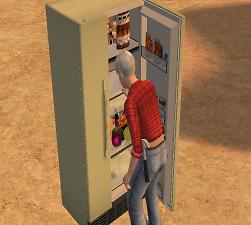 In a sunny day, i've been playing with my Sim until this interaction popped out, i've found out it was a hidden interaction, so i've been looking for a way to make it visible and enabled to be used at any time. After some research(and some scripting), i finally found a way and now i introduce to you guys, my first mod which enables the "Stuff face"(aka Eat From Fridge) interaction!

All you have to do is select a sim, click on any fridge, select the interaction "Stuff Face"(as shown on the Snapshots), and watch your sim raid the fridge!

There's 2 versions of the mod, The For All version and the For Lazy Only, you must use ONE of them, NOT BOTH!
Don't forget to read the file description from each mod version! They explain how the mod works!

This mod overrides a existing behaviour function from the game, so it's normal it appears with a warning on the "Custom Content" game page. See more in: Conflicts

None at the moment!

This mod may cause conflict to other mods that overrides the follow resource(s):

But, so far i haven't found any mods that may cause conflict to the mod.