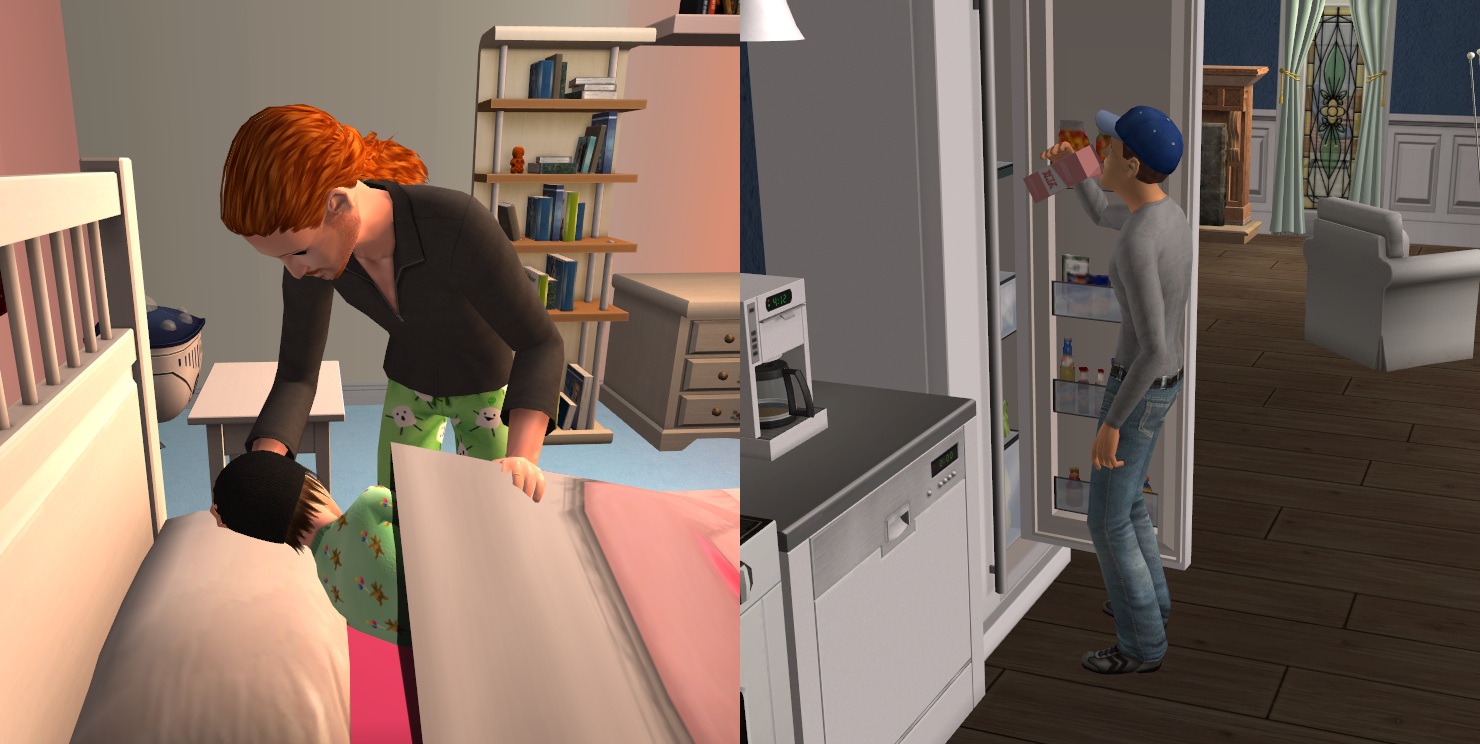 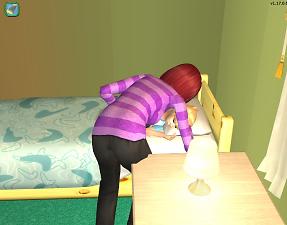 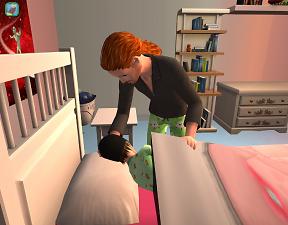 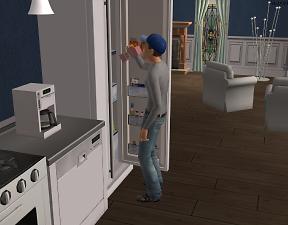 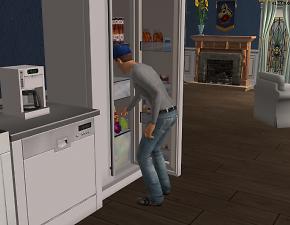 493 Thanks  Thanks     157 Favourited
Update: New version of Tuck in added, which allows the nanny to tuck in.

This is the sequel to my Hidden interactions enabled upload, and this time I have two mods for you.

Hidden interactions are interactions that Sims can perform autonomously, but that we as players can't direct our Sims to do. Great because our Sims can surprise us after many years of playing and do something we've never seen before, but also a shame since some may not ever see it, and we don't get to enjoy these great interactions as much. You can enable them using a cheat, but it's very fiddly and not that safe to use, so I figured global mods were easier and safer. Today I'm offering Tuck In and Stuff Face.

Squinge at Inseminator has already unlocked most of the hidden interactions. I hadn't seen his versions of these when I made mine, and I didn't quite like his versions, so I decided to stick with my own. But if there is a hidden interaction you wish you could use that I haven't done, you should go check out Squinges mods because he's probably done it

What is this?
This is a set of two global mods that unlock hidden interactions that are normally only performed autonomously. They allow you to see the interaction in pie menu (see more exact details under each mod) and direct your Sim to perform them.

Tuck In
Enables the interaction tuck in. It can be used by teens, YAs, adults and elders to tuck in a child sleeping in a bed.

This mod comes in three versions.
Enabled
Enables the interaction but only relatives can tuck in children. This is how it was coded by Maxis.

EnabledNoFamilyRequirement
Enables the interaction, and removes the requirement for the two Sims to be related. Any Sim of the right age can tuck in a child sleeping in a bed. I made this version so that surrogate parents without family ties or orphanage care takers would be able to tuck in their little ones. However, Sims using this interaction autonomously can only tuck in a child they are related to. I decided to keep this limitation for autonomous behavior, because otherwise any townie barging in could decide to tuck in your Sims children, and I think that'd be rather creepy. If anyone would like to have the family requirement removed for autonomy as well, you are welcome to request it.

EnabledNannyAllowed
The same as Enabled, but nannies are allowed to autonomously tuck in children even if they aren't related. Requested by Simonut.

Compatibility
Does not require any EPs or SPs. Compatible with all games.

No others that I know of. If you find one, please let me know.

Stuff Face
Enables the Stuff face interaction on refrigerators. Sims will open the door and grab bites from the fridge, as well as drink milk. The interaction uses up 5 food points, and gives a little boost to hunger. It can be performed by children, teens, YAs, adults and elders.

The code for this interaction has been changed several times, so there are three different versions. Which version you should use depends on what your game engine is. Basically, which of your games was released last? That one is the one that is relevant. You can see the release dates of the different games in this Wikipedia article.

Is your highest game engine base game, Uni, NL, OFB, Pets, or any stuff pack besides M&G?
-> Use GummiluttStuffFaceEnabledBG-Uni-NL-OFB-Pets

Is your highest game engine Seasons or FT?
-> Use GummiluttStuffFaceEnabledSeasons-FT

Is your highest game engine AL or M&G?
-> Use GummiluttStuffFaceEnabledAL-MG

If you are using a combo pack I'm afraid I don't know which version you should use. You can ask in this thread on the discussion forum and someone will help you figure it out.

Compatibility
Compatible with all EPs and SPs. Using the wrong version will still work, but you should use the correct version for your game engine as there is relevant stuff added to adapt to the changes of each game. For example, the AL-M&G version prevents AL neighbours from using this interaction in their apartments.

Conflicts
Conflicts with Squinge's No/less autonomous stuff face. Squinge's versions also enable this interaction, so if you'd like to be able to direct your Sims to use it but want them doing it less or not at all on their own, you should use one of Squinge's mods. However, Squinge's versions are using the BG-Pets code, and are missing the EP-updated parts of the code.

Does not conflict with Cyjon's Stuff your fat face. No other conflicts that I have found. If you find one, let me know.

Credits
BoilingOil who taught me all the things I needed to know to make these mods.
Phaenoh who gave me the push I needed to believe in myself and start trying more complicated things. Thank you, you had more faith in me than I did.
Maxis for creating these great interactions.
Thanks to joandsarah for reminding me about tuck in, I had forgotten about it so if it weren't for her this would not have existed.
Thanks jeka555 who requested the stuff face interaction. I had forgotten about that one too, so the request is why that mod came to be