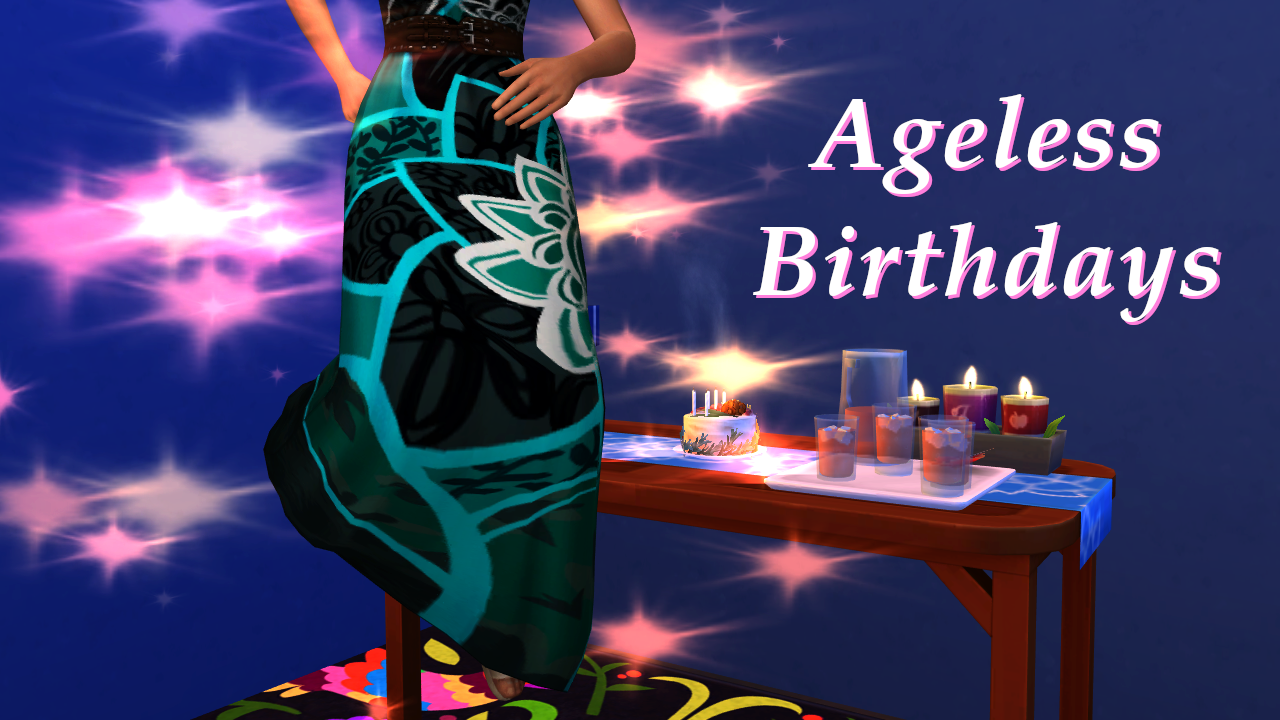 EDIT (6/24/19)
Features
Originally, this mod simply removed the aging up continuation from the "Blow Out Candles", "Make A Wish", and "Taste Frosting" interactions on the birthday cake. Since then, I've reworked it from the bottom up to include
Compatibility
This mod uses the following file(s) and will conflict with any other mod using the same resource(s)!

This should not conflict with any mods that edit the birthday cake itself, as I used a script injection.

There are no (other) known bugs, so if you come across any hiccups with this mod, please let me know

Additional Credits:
Special thanks to K9DB for sharing their code with me! I didn't end up using it exactly, but I was inspired by the different method they used!
This was made using Sims4Studio.
Other Information

Please do not upload/reupload unless the original becomes unavailable.