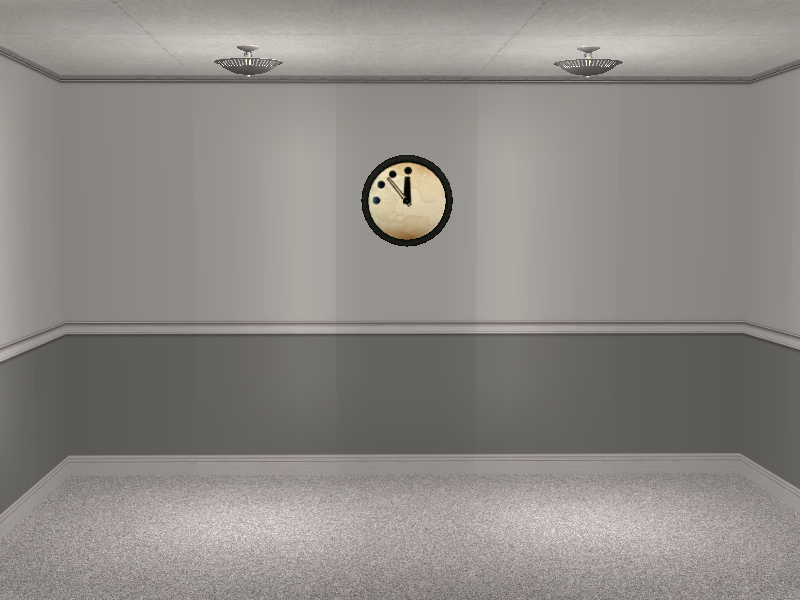 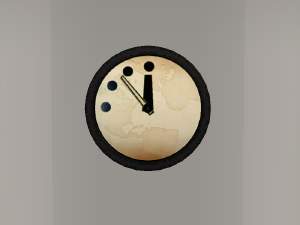 15 Thanks  Thanks     4 Favourited
This is a new mesh, and means that it's a brand new self contained object that usually does not require a specific Expansion pack (although this is possible depending on the type). It may have Recolours hosted on MTS - check below the description for more information.
I don't know a lot about the aesthetics or social trends of the '50s; my parents grew up a little bit later than that, and decades tend to blur together for me in terms of clothes, music, and forms of teenage rebellion. I do have one thing in common with people from an older era, though: I'm petrified of nuclear war. This "clock" that was conceived in 1947 by wary nuclear scientists is a fascinating symbol of how close humanity might be to annihiliating itself, and now your Sims can have it hanging on their wall, set to its initial time of 11:53 PM -- seven minutes to midnight. Maybe they'll enjoy this chilling image from an alternate universe where people actually die from things other than old age, fire, and disappearing pool ladders, and don't come back as ghosts to raid the fridge...

In our world, a panel of experts in various physical and political sciences meets annually to decide whether the minute hand has moved in the last year -- and in what direction. While the clock was originally based on the threat of nuclear armageddon, it has grown to consider climate change as well. More information and the history of the "Doomsday Clock" can be found on Wikipedia and at the online headquarters of the Bulletin of the Atomic Scientists publication.

The Doomsday Clock is a clone (!!!!!) of The Official Fighting Llama Wall Clock (since I was unable to find anything as simple as a round decorative wall hanging), with the hands and animations removed (I did that! I did a thing!!!). It can be found under Decorative/Wall Hangings for §30. As indicated, it is not a functioning clock and the hands do not move. The image was taken from here.

This is a clone of a FreeTime object and therefore requires that expansion to work. (Yet somehow it's still considered a new mesh? I'll never understand modding. Oh well.) It has 446 polys, slightly fewer than the original because the two moving hands added 8 each. There are two texture channels: one is both the frame and the picture within it, and the other is the object's shadow.