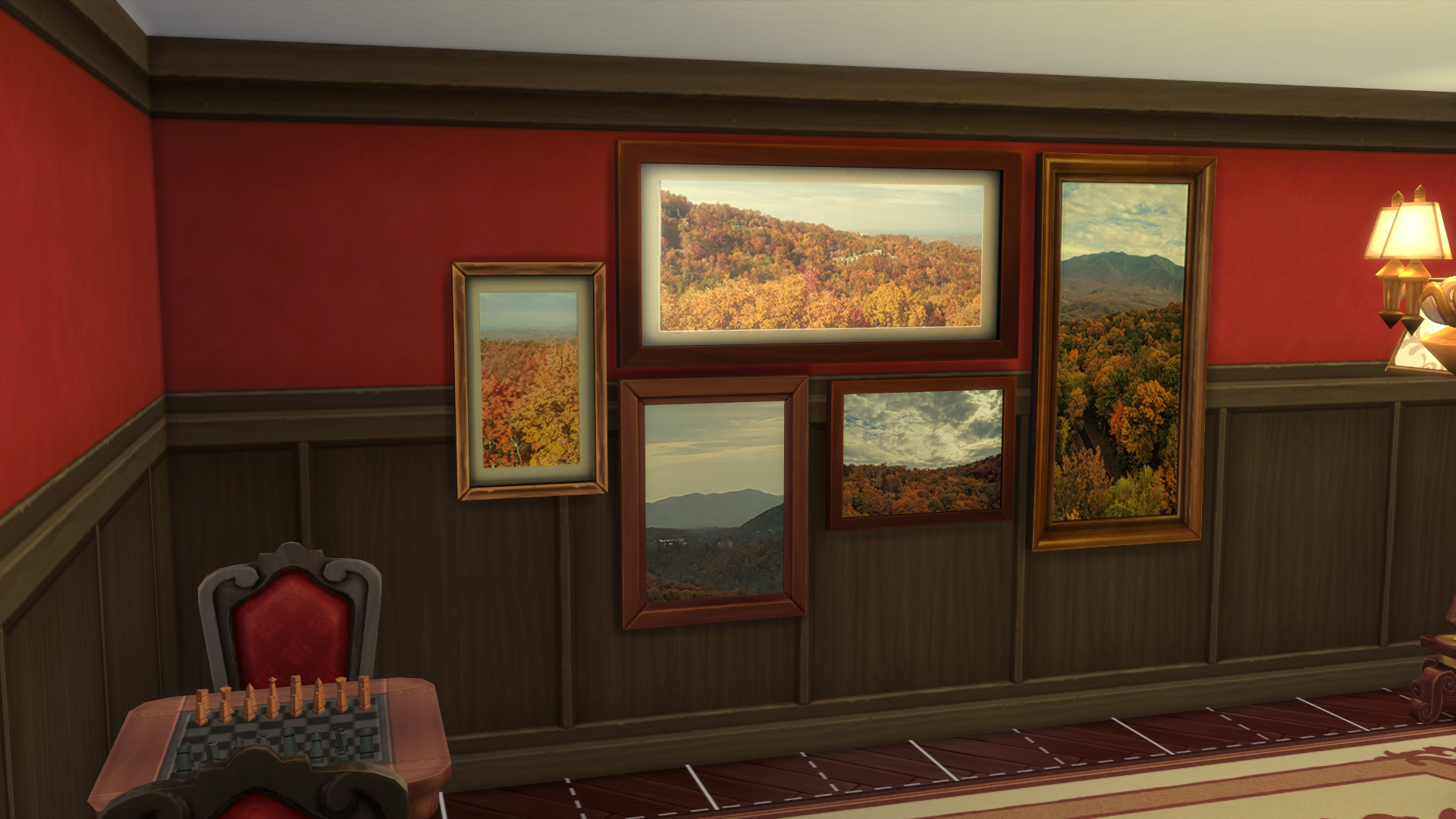 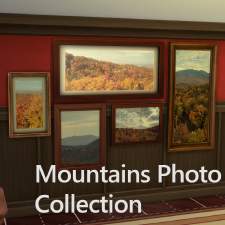 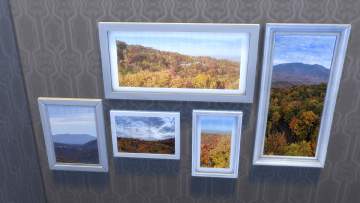 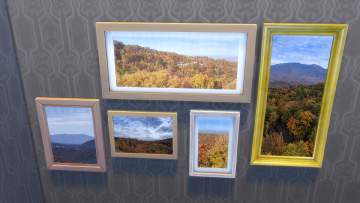 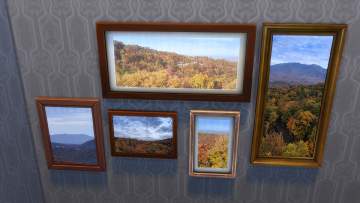 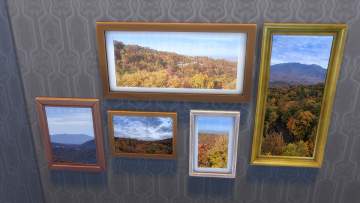 75 Thanks  Thanks     9 Favourited
This is a Maxis Recolour which means that it is a recolour of an item that already exists in your game. Please check the Expansion pack requirements to see which game pack it recolours. What exactly is this?
This is something new I'm trying so I hope it goes well and I'm open to feedback. It's a collection of 5 photos I took while in the Smoky Mountains during autumn and were originally called my Autumn Collection. I took these the day before the first snow of winter when they were in full autumn colors so it was taken at the perfect time. There's no scripts or custom interactions, it's just 5 photos.

Where do I find this in-game? Details?

Do they come in alternate colors?
Yes, each photo is framed and comes in 4 frame colors, Medium, Dark, Light, and White. The frame styles and appearance are different for each photo to add variety so even frames of the same color will appear different from one another. Here's an example of all the frames set to the "Dark" color.

Will this conflict with mods?
No, this doesn't replace, override, or change anything in the game. It simply adds 5 extra photos to the buy catalog.

Are they localized?
Yes, the title and description are localized to 17 languages for each photo.

I only speak English so I had 4 options to localize. Option 1) To only include English localization which is a bad idea because then, from my understanding, nobody outside those languages can see these photos at all in-game. Option 2) To include those localizations but keep it in English, this is still a bad idea because it's a foreign language they may or may not understand. Option 3) To use an online translator, it's not the best option because they're not very good but it's better than the first 2. Option 4) To use a paid translator which produces the best translations but I can't afford it.

I decided to use option 3 for those reasons and used automatic translations. I'm more than welcome to translation contributions. I also left out the name of the mountains in the description to prevent from breaking immersion in-game. The smoky mountains is not an in-game location lol so I didn't want to mix the real-world and game-world.

What are the photos licensed? and the mod?
I've licensed all the photos under the Unsplash License although currently only 3 of the 5 of the photos are on Unsplash. Photo 1, Photo 2, and Photo 3. The other photos I've placed on Imgur because while they look great in-game they're not on par with Unsplash quality Photo 4, Photo 5.

This means you're more than welcome to use any of the 5 photos any way you want as long as it doesn't break the Unsplash license terms which generally are use however you want as long as you don't sell them without decent modification and you don't have to credit me back although it's appreciated.

The mod itself is licensed Apache2, use however you want as long as you do credit me back.