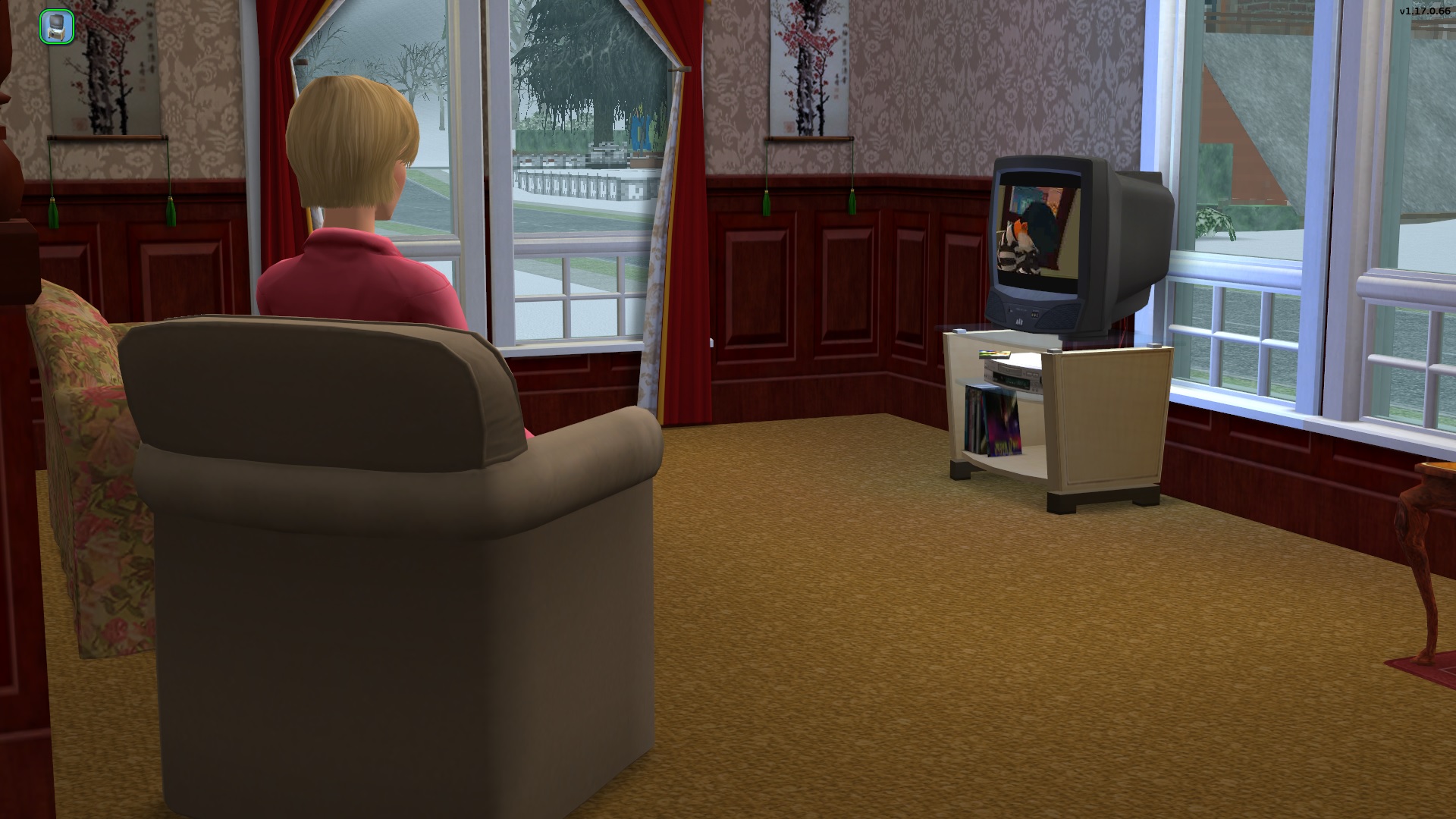 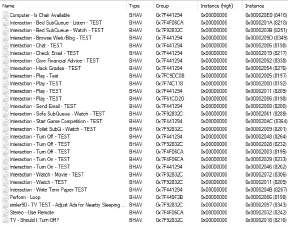 Created by simler90
View Policy / About Me View all Downloads
Uploaded: 24th Mar 2021 at 6:23 PM
Updated: 13th May 2021 at 5:42 PM
There is a number of electronics-related mods on this page that either fix existing issues or add new features.

Electronics Mod: This mod modifies a large number of electronics-related interactions in the game that do the following:
- When a sim considers using a computer, the game now checks to see if there is an available chair that the sim can sit on to use the computer. If not, sims won't try to autonomously use computers. This fixes the annoying issue of sims constantly routing to computers and throwing a route failure tantrum.
- When a sim considers turning on a TV or stereo, or playing a video game console, or initiating a computer interaction that has the ability to wake sims up, then this mod prevents the sim from autonomously initiating such an interaction if there is at least one sleeping sim in the same room that the sim is not furious at or enemies with. This means that sims are now much less likely to barge into a room and turn on an electronic object which then wakes sims up.
- When a sim is sleepy, they will be a bit smarter about turning off electronics around the house. They will be more likely to turn off electronics which are in the same room, or if it is night-time (day-time for vampires), and so on. This should allow sims to eventually be able to autonomously turn off disturbing electronic objects before they sleep, or after they are woken up by such an object.
- When a sim finishes watching TV, they will be a bit smarter about whether they should leave it on or turn it off. Note that this is a chance roll, so what the sim decides to do may be different every time. They will be more likely to turn off if their energy is low and so on.
- When a sim tries to turn off a stereo, the game allows the sim to do so from their seat (if they are sitting) even if the stereo is in another room. This mod makes the sim get up and route towards the stereo to turn it off if the stereo is in another room.
- When a sim is playing an instrument, the instrument will now wake sims up. Maxis added this necessary check to the piano, but not to any other instrument.
Resources: Check the image.

TV Watch Seat Mod: Sims can only sit on a seat which is directly facing the TV in order to watch TV. I dislike this. This mod allows sims to watch TV from any seat that is within the cone of vision of the TV and as long as the TV is also in the cone of vision of the seat. I have set the maximum distance of the seat from the TV to 10 tiles if the seat is directly facing the TV, or 7 tiles if it is not. Sims will initially try to sit on a seat that is directly facing the TV, but if they can't find such a seat, then they will look for any other available seat within the cone of vision.
UPDATE 1: I found out that certain types of seats, especially custom ones, may end up blocking their own line of sight with other objects, which causes sims to skip those items while choosing a seat to watch TV. This update adds a check to see if the blocking object is the seat itself and allows sims to sit on such seats to watch TV.
UPDATE 2: I found further interesting facts about line of sight. Basically, if an object is somehow blocking their own line of sight, it seems to be impossible to check if any other object may as well be blocking the line of sight, which means sims would consider sitting on such a seat even if there was a wall between the seat and the TV. So, I am reverting the change I made in UPDATE 1. This means that if you have a seat like that (most are low, bench-like seats), sims will not consider sitting on them to watch TV if they are not directly facing the TV, and if they are directly facing the TV, then sims will not prefer them.
UPDATE 3: This update completely changes the mod. I wrote it from scratch, because I realized that the way I did it before is really not the proper way of doing it. Technically speaking, you should never use the RayTrace primitive to check to see if there is a load-bearing wall blocking sight, because you can't. If you play with walls down, the primitive actually returns true. Maxis very rarely specifically checks for walls between two points, and they seem to do it within a lua script. Otherwise, they use find best object primitives, which is precisely what this mod now does. However, this means that sims may prioritize seats which are closest to the TV. This means if you put a living chair at a 90 degree angle to the TV, and a sofa directly facing the TV, the sim may first consider sitting in the living chair as long as it is closer to the TV. Which seat the sim chooses actually depends on both the distance of the seat, and how attractive the seat is for sitting (sitting function score). Note that this update also fixes the entire issue of certain seats blocking their own line of sight, so you don't have to worry about that any more. This is really the only proper way of doing it.
UPDATE 4: I have figured out how to use the lua method Maxis uses to check if there is a load-bearing wall between two objects, and I am adding this to the mod. This is an important update, because before this update, sims who were already sitting in a suitable seat would get up and try to find another seat to watch TV, making them play musical chairs. There was no way around this except figuring out the lua code, because otherwise I would have to allow them to watch TV even if there was a wall blocking their sight. All of these issues have been fixed, and sims who are already sitting in a suitable seat can now stay in their seat when they initiate the Watch TV interaction. I believe this lua script will be very useful for other modders whenever they want to check if a wall may be blocking sight between two objects. I named the lua "IsThereWallBetweenT0T1". The way you use it is very simple: you set Temp0 to the Object ID of the first object, and set Temp1 to the Object ID of the second object, then call the lua. It will return true if there is a wall blocking sight, and false if not.
UPDATE 5: I have found a way to make sims first consider sitting in a seat that is directly facing the TV, and only consider sitting in any other seat if no such seat exists, so this update adds this feature to the mod.
UPDATE 6: The mod now allows sims to sit on barstools which are not directly facing the TV.
UPDATE 7: The mod now does not affect sims who are trying to play a video game console. This is because the animations for playing a video game console do not allow the sim to turn to face the TV, meaning that they should only be allowed to play while facing the TV straight on.
Resources:
TV - Route to Watch/0x7F92832C/0x0000204D
simler90 - TV - Route to Watch - Get in T0 - Available Seat/0x7F92832C/0x00002095

Type:
Fixed: Fixed Maxis Mistakes
Object Mods: Object Interaction Mods (things that change how sims interact with objects or their environment, like "Multi-owner door" or "sunbathe anywhere")
Global Mods: Mods that change the way the game works without requiring any user intervention.
No Autonomy: Mods to disable or reduce autonomous actions by sims