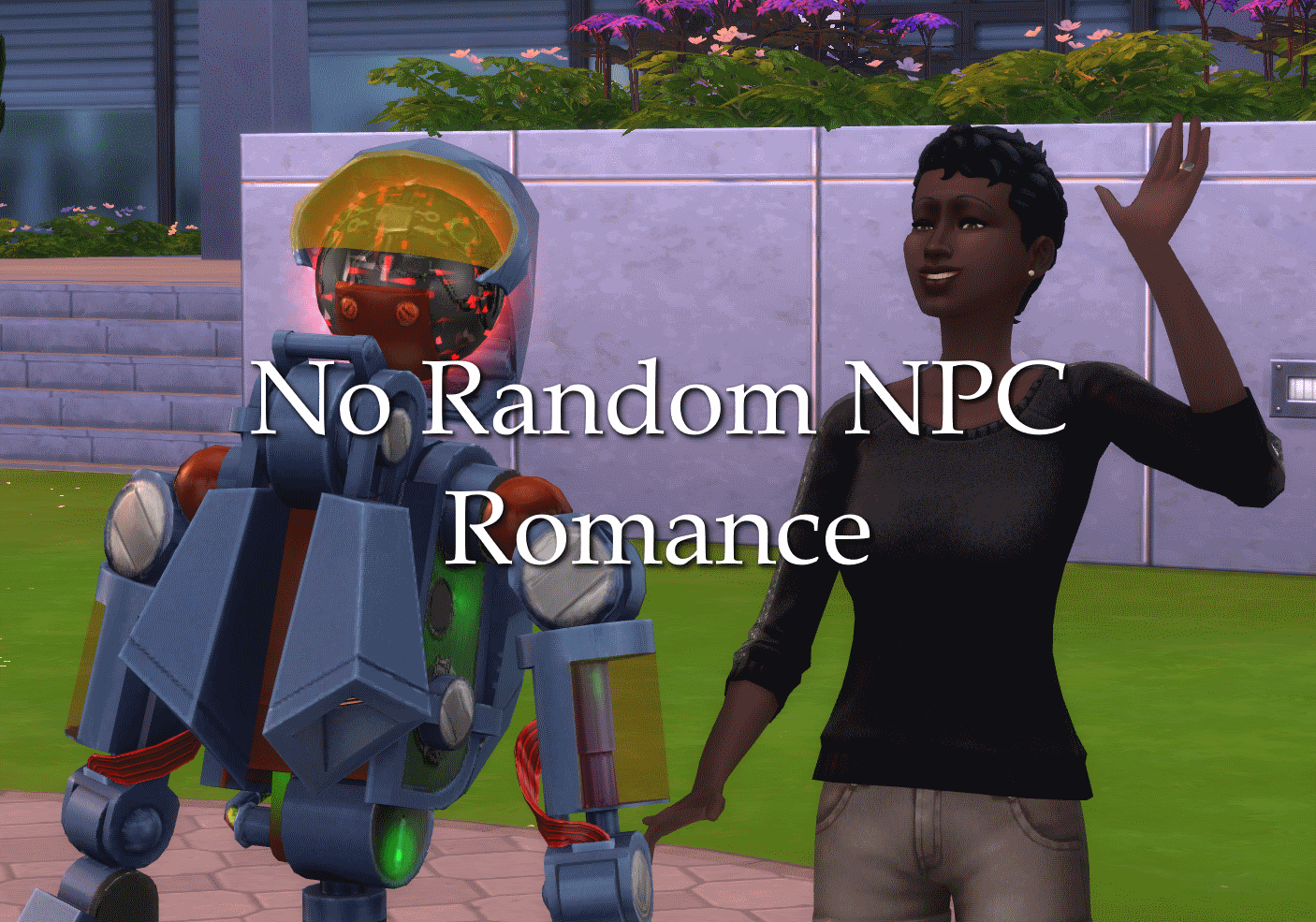 66 Thanks  Thanks     23 Favourited
This mod prevents the game from generating romantic relationships between NPCs. In my last save game, my Sim was engaged to a roommate. This same roommate went to class one day. Later in the day, I added her to my family for something routine and, to my dismay, I found out that she had cheated on my Sim when an NPC introduced himself to her. It completely derailed my story! Since then, I have been deadset on finding whatever was responsible for that.

Technical stuff: so here's how NPC relationships work. Their introduction is a unique introduction that is only available to NPCs; active Sims cannot do it. When NPCs introduce themselves to one another, several outcomes are possible (these are called Loot Actions). The aforementioned tuning file lists several possible outcomes.

One of these outcomes is the normal one from a friendly introduction, which the tuning file doesn't even mention as that's the default. The second one is the Sims hating each other (-50 to friendship), which is remarkably uncommon (10% chance). The third is that they become friends, with 40+ to friendship, which is the most common (75%).

And the last, with a whopping 40% chance if all of the tests pass, is an outcome in which their romance is set to 40. This loot is programmed to run only if one Sim is male and the other is female. It was also supposedly coded so that this specific outcome didn't run if an NPC had another romantic relationship above 25, but, regrettably, it doesn't seem to work as often as it should, if at all.

This mod does two things: it flattens the chance to 0. For good measure, it also lowers the amount of romance to add from 40 to 0.

What this mod does NOT do, however, is prevent NPCs from flirting with each other when flirty. Stop Random Flirting by Aariancya will do that, which is what I use.