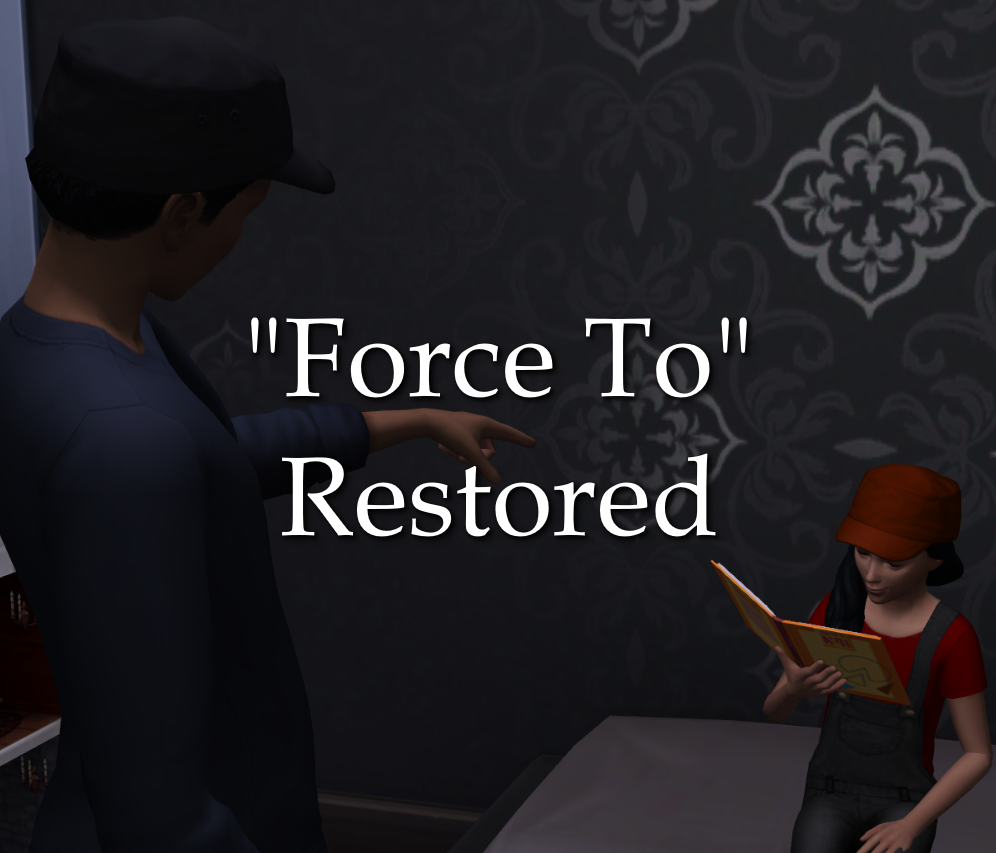 67 Thanks  Thanks     15 Favourited
Please note that this requires Parenthood!

I noticed that after reaching level 9 in the Parenting skill, parents could no longer force their children/dependents to do anything since "Influence To" always succeeds. I thought that was kind of silly; it's nigh impossible to get the "Oh Captain, My Captain" relationship bit without using Force To, and if you use it often enough, your parenting skill goes up regardless, which makes it so that the option invariably vanishes.

I suppose Maxis viewed it as "why use Force To when you can just use Influence To?" but for storytelling's sake, that's not ideal.

This mod grants the ability for parents level 9 and 10 to force their children to do things, such as setting the table and doing homework.

Technical stuff: this is a little hard to explain, but the parenting skill is tracked by a statistics tuning file. Each level has "super affordances" to it, which are basically lines of code denoting what interaction is available to every Sim who meets that skill level. Similarly, certain traits and (even objects!) can have super affordances, though this is usually not done with the trait tuning itself but a buff. Regardless, this statistic file gives the parenting interactions for the appropriate skill level.

After a certain level, more super affordances are added; in other words, more interactions are added. "Force To" becomes available at level 4 and every level after until level 9. This mod adds them there for both levels 9 and 10.