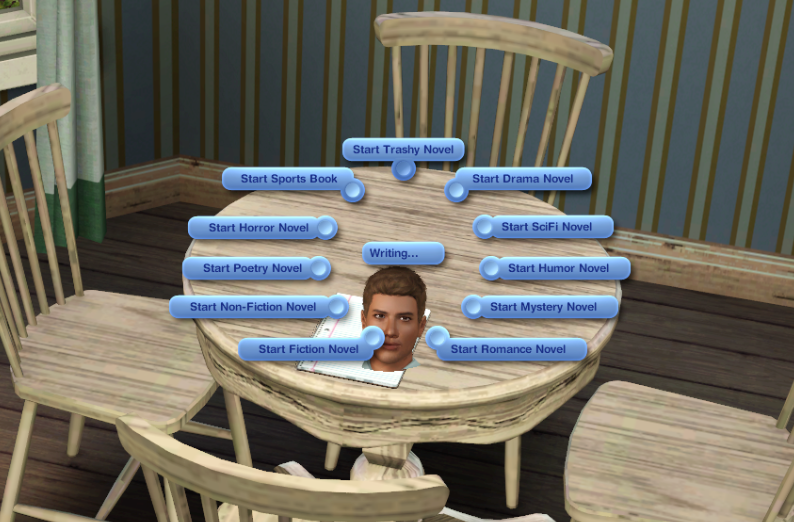 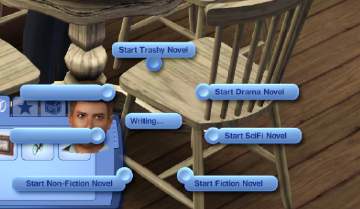 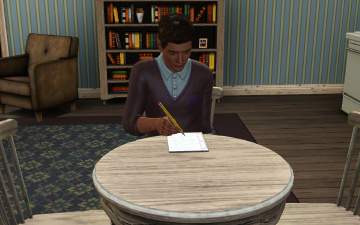 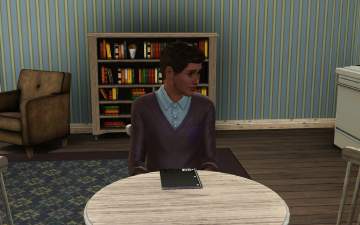 Changes Made
There was an issue with the original version, where the strings were missing for 3 book genres. This has been fixed, so all available genres should show up correctly for writer sims. 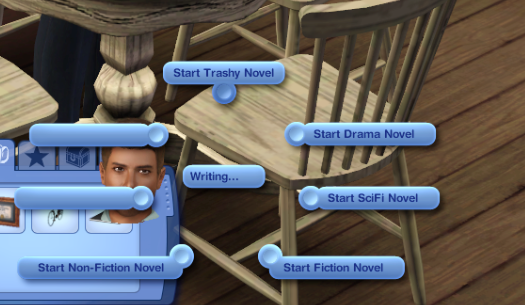 I also noticed an issue when sims are using a pad that's on a surface, where to pick it up they would first sit down, and end up standing up while also still be technically sitting on the chair - it was weird, but now that's fixed.

If the pad is on a table and in a suitable place to write from, sims will still pick it up and then put it in the same place to begin writing. If I can work out how to have it so they just sit down immediately then I will update this, but it's more of a Sim Thing than a real problem.

Everything else is exactly the same, the functionality, the catalogue info, and it WILL CONFLICT with the original.
If you want to replace the original, you can just replace the old one with my package file and existing Scribbling Pads in your games should be fine. I didn't have any issues when I did the same.

If there are any issues, or you've noticed any other problems with the original, let me know and I can look into them