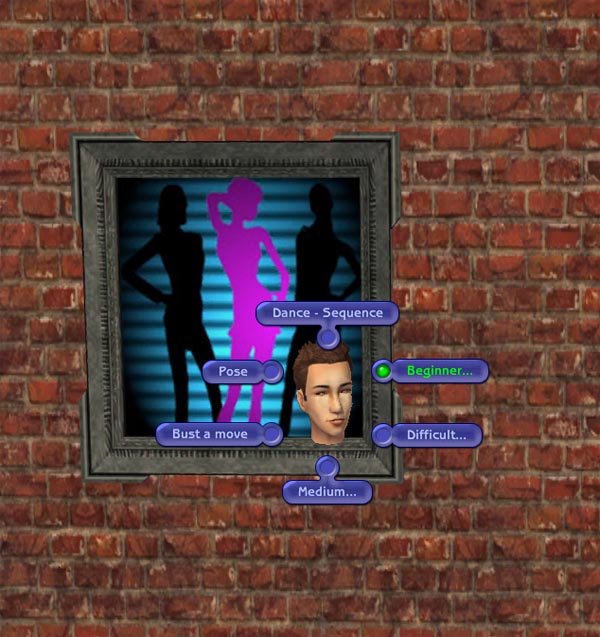 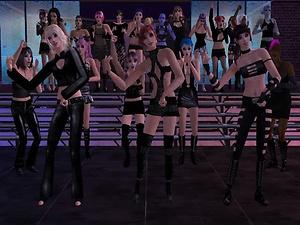 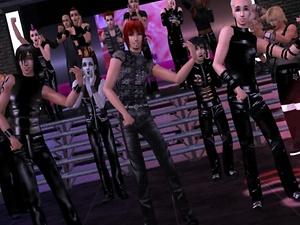 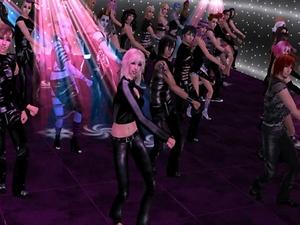 29,417 Downloads 3,318 Thanks  Thanks 386 Favourited 387,388 Views
Featured Upload!   This is a featured upload! It showcases the best talent and creativity available on MTS and in the community.

Created by Jixs
View all Downloads
Uploaded: 10th Oct 2006 at 12:30 PM
Updated: 25th Nov 2010 at 10:21 PM by whiterider
This is the object I used for Ooh La La to get my sims to dance in sync. It contains all the dance animations from the base game (so no kooky dances from Nightlife) and can be used by Teens through to Elders. The object is a painting (with the Ooh La La poster on it, teehee) and can be found under Hobbies, Misc.

The Dance Sequence interaction is exactly as seen in the last scene of Ooh La La and your sims will keep dancing this sequence until you stop them (by cancelling the interaction). All the other animations are single animations and your sim will only do them once. You can of course string the same animation together over and over. The transition animations weren’t included because your sim will slide back into his original position after he moves and thus it’s not very useful.

Animations are categorized by the level of skill your sim usually needs to do them and the names are the same as in the animations list. For the most part, these names are descriptive but sometimes (with the Couples dance animations) the name only describes what one sim does when the other one does something completely different. But by keeping the names the same you can see what animations are normally paired together when two sims dance together. The “A” and “B” with some animations simply tells you that it’s a Couples dance animation (but of course they can still be used by one sim only).

I also added the Bust A Move animation. I’m not sure what will happen if you don’t have Uni installed but my best guess is that the sim will reset (with an accompanying error message if you have testing cheats enabled).

Lastly, there’s also a Pose animation. When you string dance animations together, you’ll notice that some sims will dance to the right and others to the left. This is because animations are mirrored in the game so that sims can be right or left handed. So to get them all to dance in the same direction, just use the Pose option to get everyone to point the same way. The animation will loop until you cancel it. So if one sim points the other way, just cancel the animation and choose it again until he points the same way as everyone else. Once everyone is pointing the same way, pause the game, choose your dance animations, and then cancel the Pose interaction. They’ll all dance to the same side because if a sim starts an animation to the right for example, he’ll do all other animations in the cue to the same side.

Description: Easy access to all dance animations Made by Jixs - www.simtacular.com