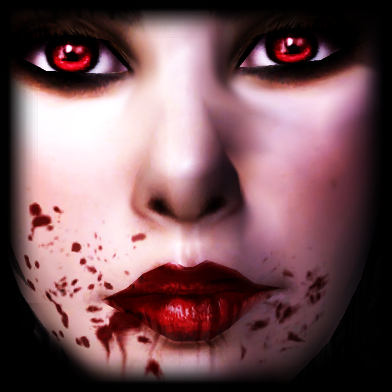 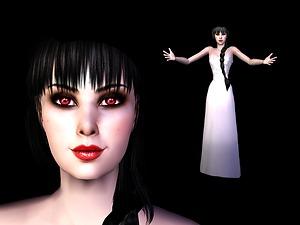 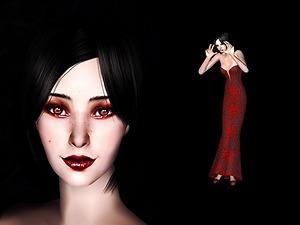 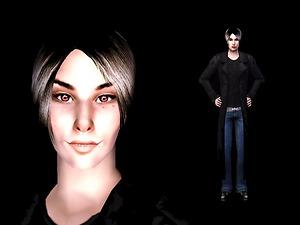 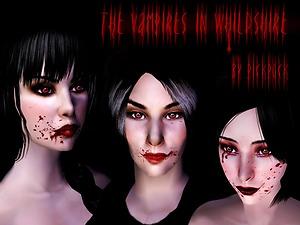 Picked Upload! This is a picked upload! It showcases some of the best talent and creativity available on MTS and in the community.
This is the start of a series of ‘Story Sims’ I’ll be doing from time to time. Nothing strange about the sims themselves, except that they come with a short (never more than a page in Word), mood setting back-story that’ll give you some insights to who they are. ^_^
But, feel free to skip it if you want

I think the pics are pretty nice to look at as well.

------------------
The people in the little town Whildshire, know that it’s only fools and madmen who stay out after dark. It's not something they talk about, not even in the quietest of whispers, but everyone is still very much aware of it.
For newcomers it’s rather confusing at first. There are many shared looks, sudden glances out the windows and other strange behaviours that go right over their heads.
For example, those used to working late will be puzzled when they receive worried glances from their co-workers as the others leave for the day.
But no one ever explains, because talking about it would make it real. And reality is such a fragile thing. Once broken, it’s hard to put it back together again.
So the newcomers will have to learn on their own. And those who can't, well, they won’t be around for very long.

Some people, who by some reason has found themselves out on the streets after the sun has set, or who has peeked from behind the heavy curtains that cover every window by the last light, has seen with their own eyes what is haunting their town.

A pale young woman with her long, black hair in a thick braid over one shoulder. She wears a frail, white dress that seems to glow beneath the streetlights.
The ones who have seen more than that, are rarely able to tell someone about it afterwards.
If they could, they’d describe how beautiful she is. But it’s a beauty which terrifies as much as it awes. Her mouth is ruby red, which also happens to be the colour of her eyes. And when she smiles at the unlucky ones out in the night, sharp teeth point out from behind her lips, and her eyes seem to glow as from an inner light. They’d also tell us how easy it was to get lost in those eyes, but after that, they wouldn’t remember anything more.

The young woman is not alone when she walks the streets. Two shadows; one man, one woman, trail behind her, careful not to disturb her play.
Both are pale with dark hair and ruby eyes, and both are equally beautiful as their leader.
The girl is dressed in a long, dark grey dress with a red pattern, and she usually has a sweet but sad expression on her face.
Many young men and boys have woken in the middle of the night, disturbed by sounds of crying coming from outside. Ignoring the little voice within which tells them to leave it be, and go back to sleep, they’ve walked across the floor and over to their window.
Pulling the curtains back they see the girl standing outside with big, glistening tears rolling down her cheeks. Many, without really knowing why, open up their window and joins her out in the night. But as they get close to her, they see that her tears are as red as her eyes, and while the rest of her face may look kind enough, those ruby eyes tell another story.
But by then it’s too late. It always is.
The man looks calm and perhaps a bit bored with his companion’s antics as they walk the streets. When he catches his preys, he often toys with them, letting them go just to collect them right before they reach the front door to their house. He is often seen outside the town church, but no one but him know why he goes there.

So, if you ever happen to come across a town called Whildshire, be sure you are on your way out of there before night falls.
For every sunrise, there is a sunset. And you can't light a candle without creating shadows.

Additional Credits:
Everything’s included except for meshes; which are linked,
the braided hair; which is pay by Rose (she comes with a Maxis one instead),
the other female hair which is by Raonsims, you need to go http://www.***/item/detail.php?num=148&cat1=1&page=1&key=
and register to be able to download,
and the male vampire’s clothes, which also are pay, by Aikea Guinea(and also are replaced by Maxis).
The red/grey dress uses a Maxis NIghtlife mesh, so if you don't have that EP, it won't show.


These recolours may or may not be endorsed by pickpock.