Farmer Brown, his lovely daughter, and their farm 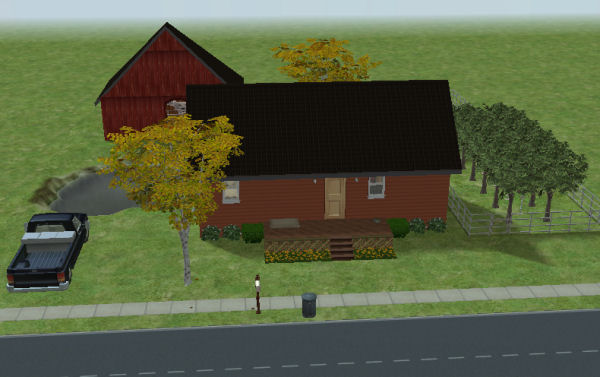 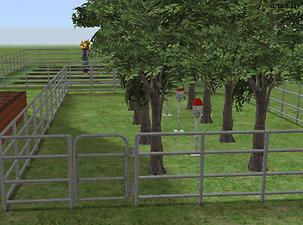 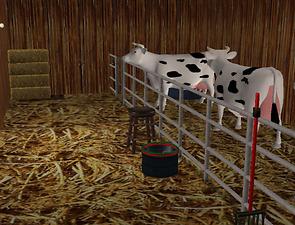 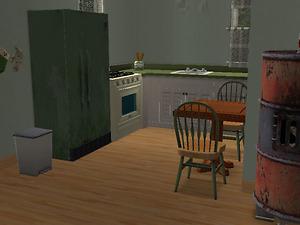 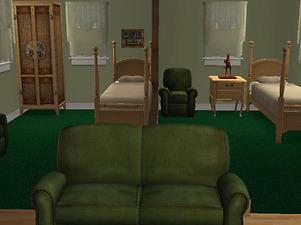 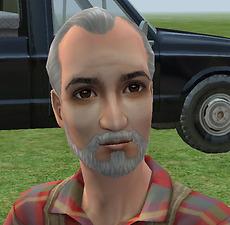 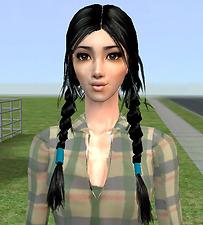 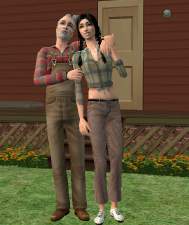 This is my little contribution to the farm/rural contest. I wanted to contribute, but I didn't have a lot of ideas. I decided to make you a little family and a small farm. Building lots isn't really my forte, but I try (lol). I'll tell you a little about them.

Meet John Brown. He's a simple man, but he's proud and happy. He's in his late 60s, and his face shows it. He's worked hard all his life, and couldn't imagine it any other way. He lives with his sweet daughter Bobbi Jo. Bobbi Jo is 19 years old, and full of dreams. She loves to read and secretly wishes that someday, girls like her will be reading her own books. John has raised Bobbi Jo by himself for several years, since his wife Emily passed on. The girl is the spitting image of her ma. John's dream is that his baby girl will marry and raise her family right there on his farm, as he can't imagine living without her near him.

John works his land himself, with some help from his precious Bobbi Jo. His farm is modest, but it serves it's purpose. There is a small field for crops, as well as an apple orchard. John also has a couple of milking cows for those years the crops can't turn a profit. He always believes in having a back-up plan. Their home is small - two small simple bedrooms, a bathroom, a sitting/dining room and kitchen. The Browns have the necessities, but no frills. I hope you enjoy them and their home.

The Important Information -
John is an elder, Bobbi Jo is an adult. He is packaged with maxis clothes and hair, just as he appears in the screenshots. Bobbi Jo is packaged with hair and clothes by me. The hair requires a mesh by Peggy from here (last one on the page), and her clothes require Nightlife.

The lot is a 3X3 lot. I've tried to use minimal CC. The lot costs $56,006, and has been play tested. It is hack free. The lot includes a house with two bedrooms, a combination kitchen/dining/sitting area, and a bathroom. There is a barn with cows, an orchard, a field, a truck, and a small pond for fishing. (I have very little knowledge of farms, besides what I've seen on TV, so if anything is wrong in the barn or the field, don't shoot.)

I've used content from (probably) all expansion packs in the lot, so they're all required. I also have all the stuff packs, but I haven't (to my knowledge) used any content from them. You may want to use Clean Installer if you don't have them.

Additional Credits:
The lot is shown with an invisible driveway by roddyaleixo. For some reason it didn't package with the lot. Download it there to make your lot look like mine.
All the creators whose wonderful items I've used in the sims and the lot.
Everyone at MTS2 - you rock