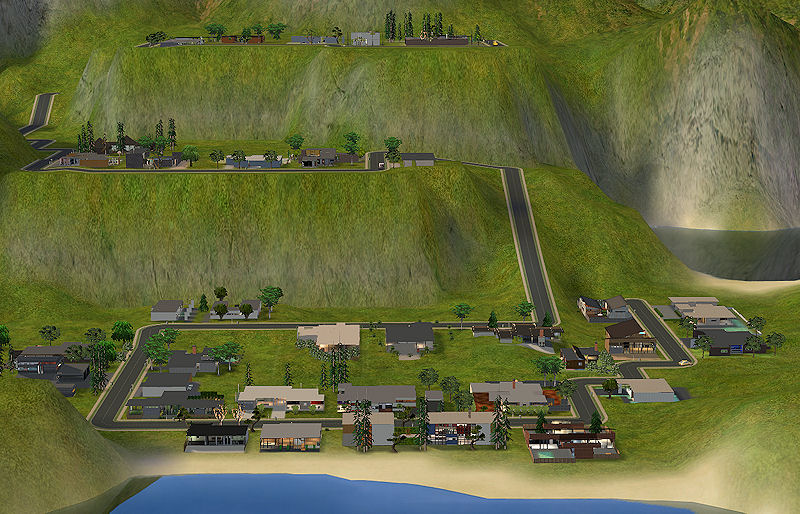 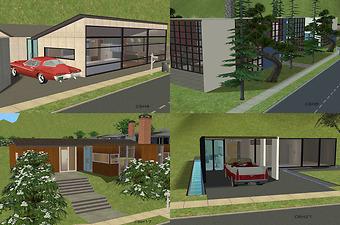 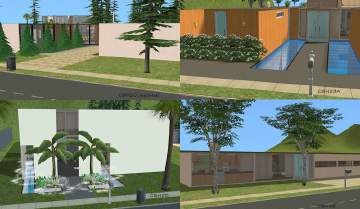 8,735 Downloads 372 Thanks  Thanks 64 Favourited 198,087 Views
Featured Upload!   This is a featured upload! It showcases the best talent and creativity available on MTS and in the community.

The Case Study Houses were experiments in residential architecture sponsored by John Entenza's (later David Travers') Arts & Architecture magazine, which commissioned major architects of the day, including Richard Neutra, Raphael Soriano, Craig Ellwood, Charles and Ray Eames, Pierre Koenig and Eero Saarinen, to design and build inexpensive and efficient model homes for the United States residential housing boom caused by the end of World War II and the return of millions of soldiers. The Eames' CSH #8 was assembled by hand labor in about three days.
The Case Study Houses were commissioned over a twenty year period from the mid-1940's to the mid-1960's and were conceived originally as prototype low cost houses using standardized mass-produced components. Later with the growth of prosperity and full employment during the 1950's the houses began to reflect the needs of an increasingly affluent middle class. Through building the Case Study Houses Entenza hoped to demystify and popularize the aims of the modern movement, to open up its products to public view and its aims to public scrutiny. When the first six houses were opened to the public in 1946-7 they attracted 368,554 visitors. The architects for the Case Study Houses included a number of already established names such as Richard Neutra but most were relatively young and unknown. Charles and Ray Eames and Eero Sarinen were just beginning their careers. Younger still were Craig Ellwood and Pierre Koenig. All the houses were technologically innovative. Sometimes the innovation was in the structure as in the steel framing of Ellwood's Miesian houses and sometimes in the use of building materials. Best known and most influential of the early Case Study Houses was House number 8 by Charles and Ray Eames. The house was built of pre-fabricated industrial steel framing with Diagonal cross bracing. The frame was filled in with transparent and translucent glass and a variety of off-the-shelf light weight opaque board materials. Next door House number 9 designed by Eames and Eero Saarinen for John Entenza contrasted strongly with the Eames House [number 8]. Craig Ellwood, clearly inspired by Mies' Farnsworth House, designed three Case Study Houses number 16 [1952-3], 17 [1954-5] and 18 [1956-8]. Pierre Koenig, dedicated to the use of steel, not just for framing but also for internal cladding designed House Number 21 [1958] and 22 [1959-60]. As a final example, in 1959-60 Edward Killingsworth designed the very elegant House Number 23 'Triad' at La Jolla California.

Now your sims can enjoy the ‘post-war’ houses too. All 35 of them.
I left the largest of the Case Study Apartments out, since that involves 10 Apartments, 6 of which are double story apartment. In my opinion that would be way too big for the game to play normally. I used the “case study houses” book by Elizabeth A.T. Smith as a reference. Many pictures that are shown in the download posts are from this book.

All houses are playable!

Note; for some unknown reason some houses have the same number (16 to 20). I’ve named the first normal, the second similar number is called CSH #16 (second).
Neighbourhood terrain used is the Three Lakes terrain.

A big thank you go to Sandy (ATS), Ulmille, Tiggy027, Micoeib, Loverat, JLonier, Megativity, Mangosims, BuggyBooz and all other creators, who were kind enough to let me share their work in these lots!
Thanks to Elizabeth A.T. Smith for her great book on this program!

I’m very sorry for the fencing shown in some of the houses. I was under the impression that those were still available on MTS2. Only after I compiled the list of CC needed I found out Suiryuue had taken down her uploads on MTS2.

Please look in the following posts for the downloads!


- Created with these Expansion Packs: All up to and including Free Time
- Created with these Stuff Packs: All up to and including IKEA Stuff
*NOTE: The Stuff Packs are NOT required to install this lot if you do so with the Sims2Pack Clean Installer, found here: http://sims2pack.modthesims2.com/.
Files Need help with downloading or installing content? Click here!

Please do not upload my houses to any other sites.
You can always include my walls in any of your houses. Just link back to my profile, so people can find more stuff from me.


I want to say a big thanks to all the creators who are kind enough to let me share their creations in my houses. Without their content i wouldn't be able to build the houses i'm building.

I won't be uploading anything again.