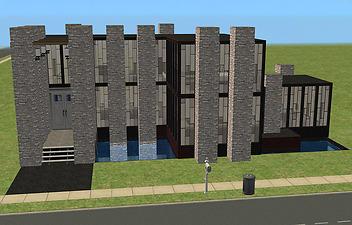 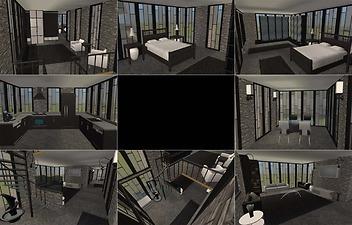 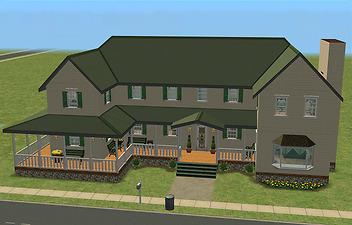 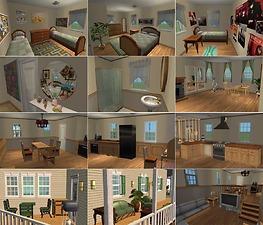 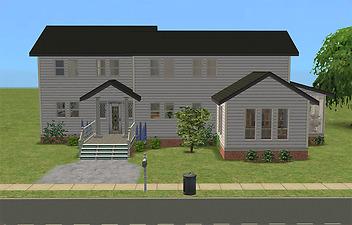 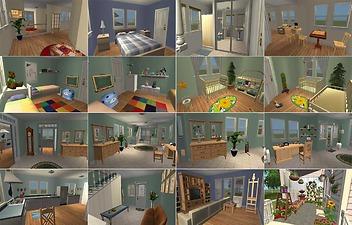 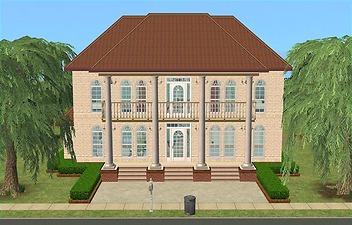 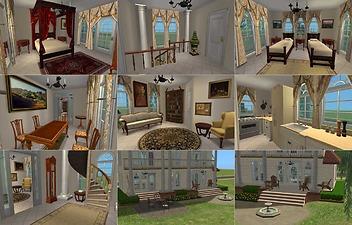 173 Thanks  Thanks     21 Favourited
So I was bored one day and asked people in #create if they were interested in doing a build challenge with me. QBuilderz, Deluxe Designs, HystericalParoxysm, and Leesester were interested. We each created a lot with only a foundation on it and then swapped with each other. Put in one foundation, get out four houses. Great deal all around I think. They all (cept lee) tried to make really strange foundations to make it difficult. The other noteworthy rule was that we weren't allowed to use any CC. I find that restrictive rules just makes the games more fun! Have a look!


The first house I worked on was Leesester's. She later was unable to complete the challenge with us, but I decided to build on her foundation anyways. Hers is the best kid friendly home of the four here. The house has three bedrooms and two and a half baths. There is also a really cute sun porch out back past the side door. I'm really proud of the kid's bedroom, the front entrywall/office area. The decorating was so much fun! Click for floorplan Click for room details $93,345 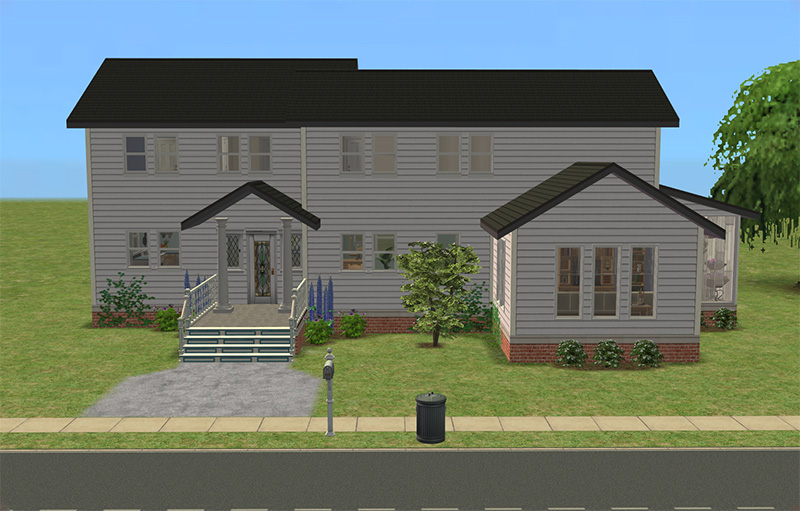 The next house I worked on was Q's. He tried to be sneaky and force his modern style with the way he built his foundation, but I think I outsmarted him. If you aren't familiar with his building style, go look him up. He does modern houses. I made his foundation into a southern bell's manor. Very different from what he does. The house has only one small bathroom and two bedrooms. This house is meant for a small and proper family with well behaved children.

You have to check out the living room and the children's room in this house. Very elegant. Click for floorplans Click for room details $115,310 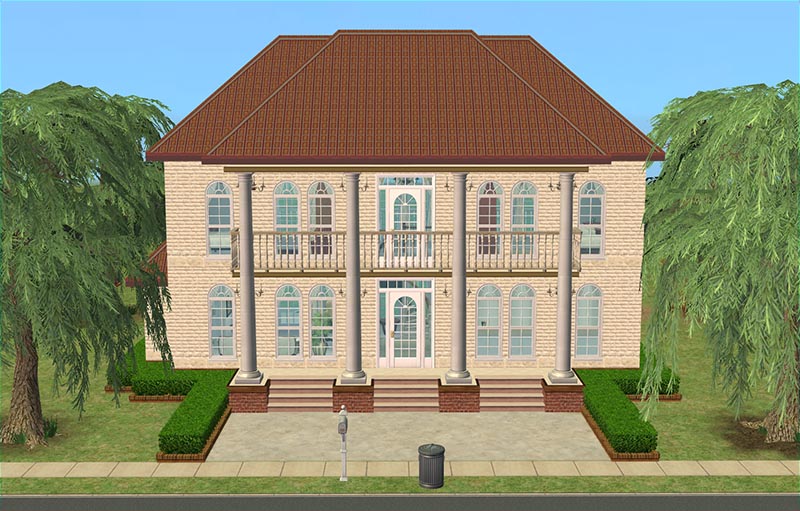 Then I tackled DD's house. Now I wanted to try to outsmart his foundation too, but I don't usually do the whole modern house much, so I wanted to give it a shot. This house is meant for a bachelor/ette or a couple with no plans for kids. The house has one bathroom and the bedroom is the entire upstairs loft. The bed area is divided from the rest of the upstairs by a floor to ceiling curtain. Very chic. Click for floorplan Click for room details $139,938 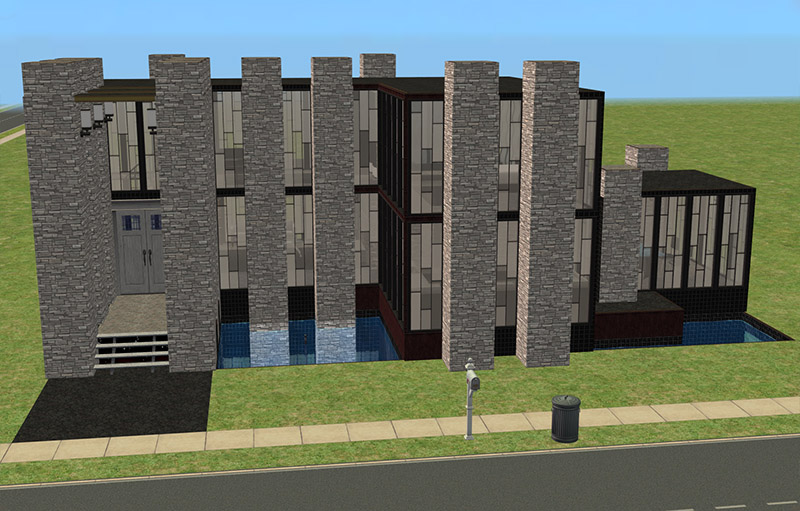 The last one house I had was HP's. She had made her foundation so haphazardly and huuuge that I actually had to restart on it a couple of times. I really like how it ended up in the end. I ate up a lot of real estate with a wrap-around porch. The house has four bedrooms and three bathrooms. It is set up for parents, their two kids and teenager, and also grandparents or an aunt or such. My favorite part of this house is the kitchen. I also really like the area by the back door and the various sitting areas on the porch. Click for floorplan Click for room details $129,968 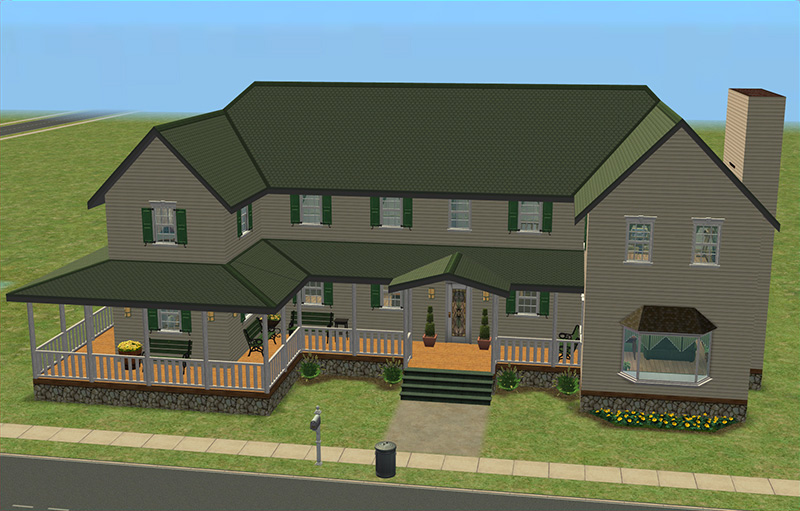 Make sure you go check out the other creators versions of these houses (they are in the related pages tab), they are all VASTLY different. It was so much fun. Thanks everybody for doing this with me!

Additional Credits:
QBuilderz, Deluxe Designs, HystericalParoxysm, and Leesester
Also kudos to the original Lot Foundation Challenge. My spin on it (and links back to the original) is here.