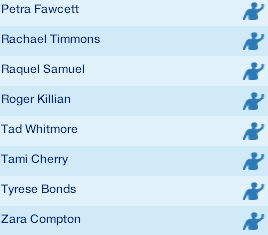 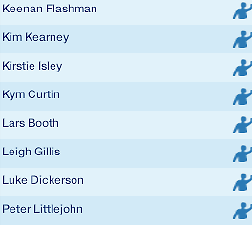 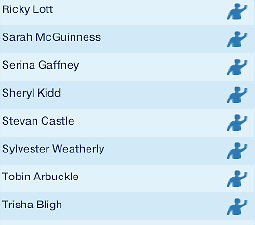 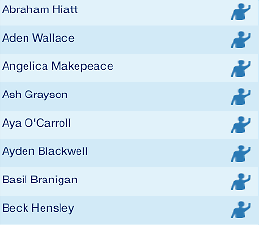 I've endeavoured to rebuild the name list from scratch, working mainly from U.S., British, Canadian and Australian sources (birth and census records). The resulting name list, in my opinion, suits the setting of the Sims much better than EA's mish-mash of names from varying cultures or nationalities.

I have nothing against multiculturalism, but in the context of the game EA's random names stick out like a sore thumb because they inevitably get assigned to Sims who in no way resemble the racial/cultural/national background of the name they're given. That's why this mod uses mostly "Western" names.

This mod should not re-assign the names of existing Sims but any newly-generated ones will take on names from this mod. Check out the screenshots to see some examples of names.

I created this mod using STBLizer - check out the thread for the templates I originally used to create the names (but keep in mind there are probably simpler, less invasive ways to accomplish the same things these days...)

Install like any TS3 tuning mod - set up the Resource.cfg framework, and place into Mods\Packages\.

**NEW** a version called "AwesomeNames" has been added for all your AwesomeMod! users, which uses the custom name loader feature. To activate it, after installation you must set the Generator Keys in the configuration utility to "ChannBetterNames". Or add the fields to the XML yourself. Plug and play. See this image:

There's no significant difference using this version versus the default, except that it's easier to swap in and out with other custom name packages - plus the package itself a smaller size (because the duplicates are unnecessary).

A plea from a lot downloader
If you're a builder you might be quite keen
but follow these tips and you'll please folks like me:
Name all of your houses descriptively
Check all the walls for clipped shrubs and trees
Don't use an eye-bleeding one-color scheme
And don't forget ceilings. Seriously!