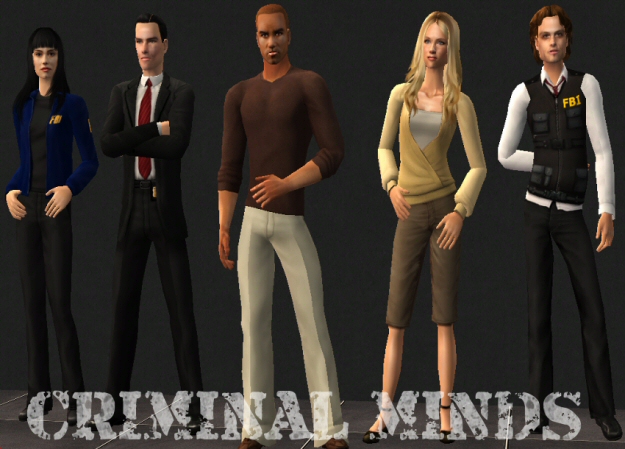 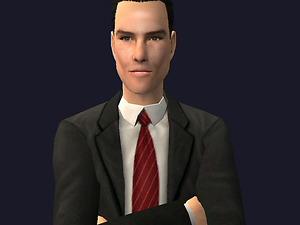 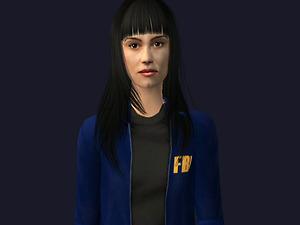 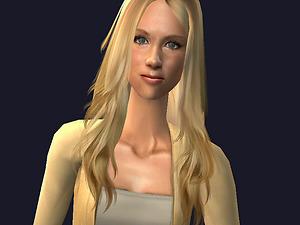 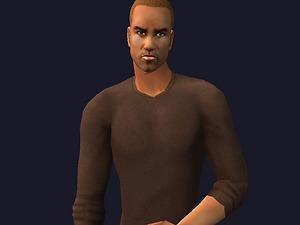 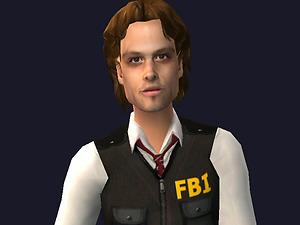 Here I bring you five characters from the TV series Criminal Minds, based around a team of profilers working for the FBI's Behavioral Analysis Unit (BAU) BAU Supervisory Special Agent Derek Morgan played by Shemar Moore
Morgan is a confident and assertive everyman character, the son of an African-American father and Caucasian mother. He holds a black belt in Judo, runs FBI self-defense classes, and served in a bomb squad unit and as a Chicago police officer.

BAU Supervisory Special Agent Emily Prentiss played by Paget Brewster
Prentiss is the daughter of an ambassador. She is a graduate of Yale and has been working for the FBI for a little under ten years, primarily in the Midwest. She is fluent in Arabic as much of her childhood was spent traveling and residing in the Middle East. BAU Supervisory Special Agent Jennifer "JJ" Jareau played by A.J. Cook
JJ acts as the team's liaison with the media and local police agencies. She is not actually a profiler, having once declined Hotchner's suggestion to "take the classes" to qualify as one.

BAU Supervisory Special Agent/Unit Chief Aaron "Hotch" Hotchner played by Thomas Gibson
Hotch was formerly assigned to the FBI Field Office in Seattle, Washington. Currently, he is the head of the BAU team. He is divorced (ex-wife Haley) and has a son named Jack. BAU Supervisory Special Agent Dr. Spencer Reid played by Matthew Gray Gubler
Reid is a genius who graduated from a Las Vegas public high school at age 12. He is almost always introduced as Dr. Reid, even as the others are introduced as S.S.A. 'blank', he is never referred to the same way. He holds PhDs in Mathematics, Chemistry, and Engineering, BAs in Psychology and Sociology.


Note: Prentiss' hair is not included but can be found here
Re-color of hair

You will also need Helgasims hair mesh #76 for JJ's hair to show up in the game.