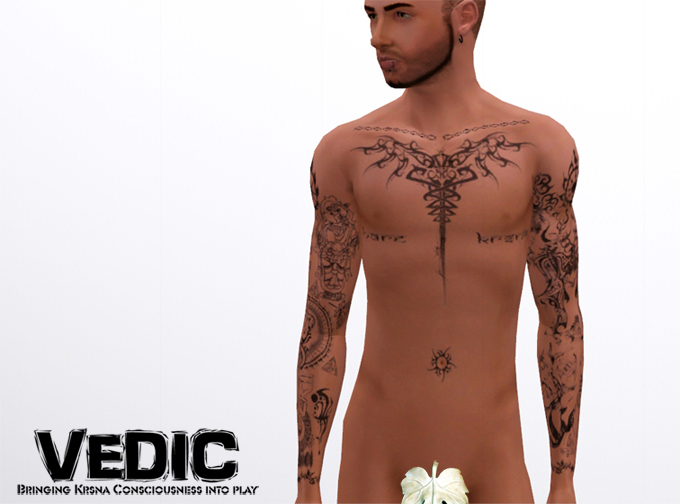 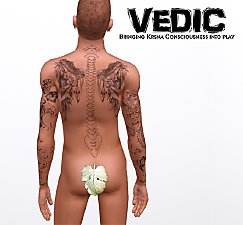 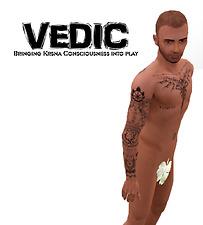 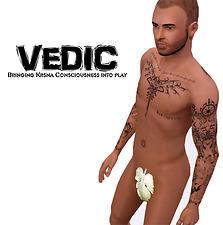 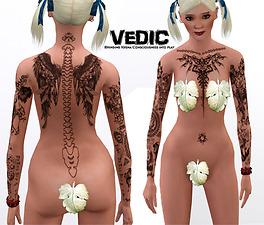 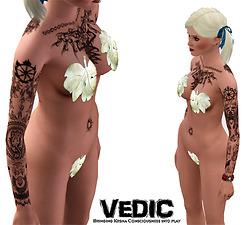 Artwork on both sides, front and back were made by other artist.

There are many varieties of tattoos on the whole set.
For example wings, spinal chord, lions, buddha, and so on.

For Young Adult/Adult, Elder, Male & Female.
Category as accessories, and used as gloves.
The tattoos were made originally for males, but i had an idea that possibly someone would request, or want them also for females.

The flaw with also making it for females is that partial of the tattoos are on the breast. So it may be a bit strange if with out clothing.

Recolor-able channels
The tattoos are recolor-able but it won't be very attractive.
There is only 1 channel which controls all of these tattoos.

Additional Credits:
Tattoo set made by VEDIC
This is a Maxis Recolour which means that it is a recolour of an item that already exists in your game. Please check the Pack requirements to see which game pack it recolours.
Files Need help with downloading or installing content? Click here!

Is no longer in service