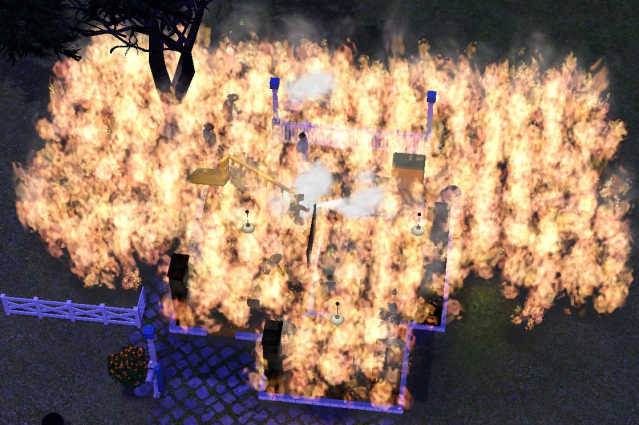 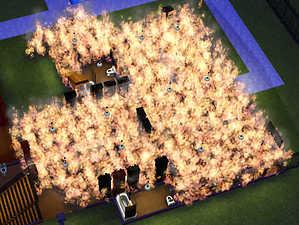 20,875 Downloads 523 Thanks  Thanks 103 Favourited 98,531 Views
Created by zaroba
View all Downloads
Uploaded: 19th Mar 2010 at 8:50 PM
Updated: 10th Jul 2010 at 2:32 PM
I made this xml mod since i was tired of how easy fire was to deal with. plus there was several times that i wanted to make 'burned down' abandoned houses. this mod basically makes fire much harder to deal with. it does not effect how fire is started, just how it acts after its started. it will spread VERY fast and now it will REQUIRE your sim to call the fire department since it will not go out by itself.

The 10 fire version uses the default max fire quantity so should still be pretty easy to put out. fire wont re-ignite where it was extinguished, but you must still use caution when using the other versions of this mod since they will result in the fire spreading just as fast as the firefighters are putting it out. as a result, the fire will most likely consume the entire floor of the house its on including the outside lot if on the ground floor of the house before its fully extinguished. so the only real difference between the other versions is how much fire you'll see at once and thus how much lag it generates.

the 250 fire version 2 sim hours after starting in the oven in the kitchen. the fire has consumed the first floor and spread to the boarders of the lot. the fire department was called and are starting to put out the fire.

the 500 fire version 3 sim hours after starting in the oven in the kitchen. the fire has consumed most of the first floor and started to spread to the outside grass. it is still slowly spreading.

Mod Editing: since a few have asked about it.
if anybody wants to change any mod of mine, feel free to do so. more available options = more happy gamers. all i ask is that if you upload them to a different site, provide a link to the original mod here on MTS

Compatibility information:
Made it with World Adventures and High End Loft Stuff installed.
Tested working with Ambitions on 7/10/10
Other Information