Meteor Mods for the Brave, Curious and MeteoMagnets (19 Flavors) 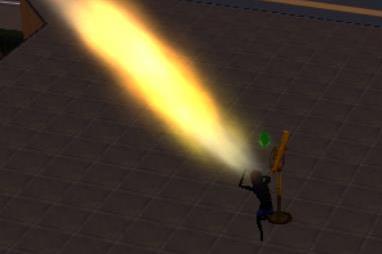 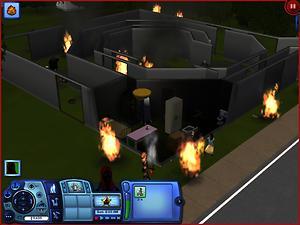 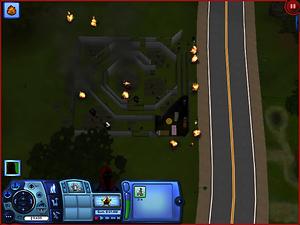 657 Thanks  Thanks     90 Favourited
Hello fellow simmers! I was cruising the boards earlier and saw some folks who were having problems with their sims being flattened daily, so I set out to make a mod to assist them.

Well, rather than just stopping there I am happy to present a small collection of tunings that will fix that and more!

The tunings will change the chances of a random meteor strike both while looking through a telescope and while just walking around. They will also change the range at which the meteor strike will singe and destroy things outright.

I have sorted the download files by chance of strike
('Damage only' being default chance of strike). Each
download contains the various damage settings as
separate packages.

The 'ALL' download contains the files I used for testing
which are obvious as the name is quite different. They
make it VERY likely that your sim(s) will die... I saw two
strike in less than an hour when one randomly hit a sim
sucked in off the street to watch the first hit my friends
sim.

No Chance: No chance of random meteor strike.

Hell: (Only included with 'ALL.zip') 10% chance of random
strike while outside, 50% chance of random strike on
telescope. I used this to test the damage range mods
and it's really only useful for fun things like throwing a
meteor shower death party.

Extreme Damage: Same as above, but extreme.

**Disclaimer: Codewise there should be more fires
spawned in the cases stated above, but evidence of
this actually increasing the number of fires is slim. (I
may not have had the space available to spawn that
many fires.... or something.)

There are mix and match scenarios included for whatever
you may need from meteors, and if not then it's simple
enough to learn for yourself!

This tuning mod changes values in
Meteor_0x83eff5ad79269490_XML found in GameplayData.package
and will conflict with any other mod that changes the same file.

Important!! - Please be sure to only install ONE .package
file from this collection at a time! Failure to
comply will cause bad moodlets all around!

Additional Credits:
Maker of s3pe, thank you so much for making it possible for layfolk
like myself to play at being cool!

Writers of MTS Tutorials, without you folks I would still be
cluelessly lurking!

People who requested these, thanks for the idea for stuff to do!

See: Game Help:TS3 CC Basicswiki for a full guide!
Back to download view
122 Comments / Replies (Who?)