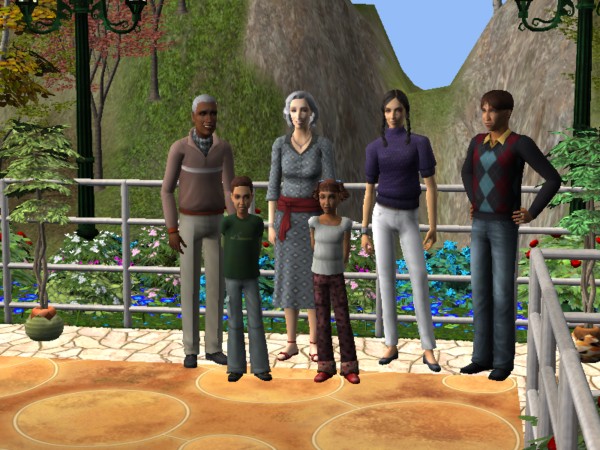 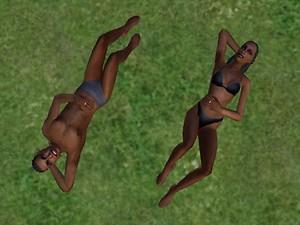 304 Thanks  Thanks     43 Favourited
This is a Maxis Recolour which means that it is a recolour of an item that already exists in your game. Please check the Expansion pack requirements to see which game pack it recolours.
Update 10/13:
As per request, added a non-geneticized version of the freckled skintones. See IdolatryOfFreckles_custom.rar

Today I present to you my complete genetics set based on HystericalParoxysm's Idolatry of Flesh .

This project started as an attempt to find freckled skins that match non-freckled skins. Now, one long learning curve later, I'm pretty happy with the results.

This set expands the standard four skin colors to seven geneticized colors with a chance of the three lightest shades having freckles as well.

All together, there are 10 geneticised skins to download in 5 rar files:

The upshot of all this:
There are now additional skin options when new babies are born. For example...

If a S4 sim marries a S1 sim, their kids could have any one of these 7 skintones, including the freckled ones.

If two S1 sims get together, their kids could have either S1 or Pale with freckles.

What to expect? When you install these, the only difference you'll see right away is the default replacements. But you'll begin to see the new tones when your sims start to have babies.

I've been testing these in my game and I haven't had any problems with multiple skintones having the same genetic codes. If you do, let me know.

On freckles: These are not technically genetic, in that they are not inherited, as such. Rather, the sims with the three palest skins will have a 50% chance of having freckles. Babies are not born with freckles, but display them when they age to toddler. They are their darkest on children, then lighten to be not much more than minor blemishes on elders:

(See attached images for the rest of the tones.)
Please note: the freckles are only present on the face. I thought that was enough. I may someday add freckles to the shoulders, arms, and back, but these freckled skins only differ from the original Idolatry skins on the faces, which is why only the faces are pictured here.

Download and Install:
See the list above for which rar to find each file in. Don't forget to download the "Tropical" recolor here . Also remember to remove any other default skintones you have before installing these. I would also recommend not having any other geneticized skins in your downloads so that all your sims match, though that's up to you.

Additional Credits:
HP for the originals.
CatOfEvilGenius for the Tropical recolor, and the inspiration.
MTS for the tutorials.
SimPE, and Wardrobe Wrangler.