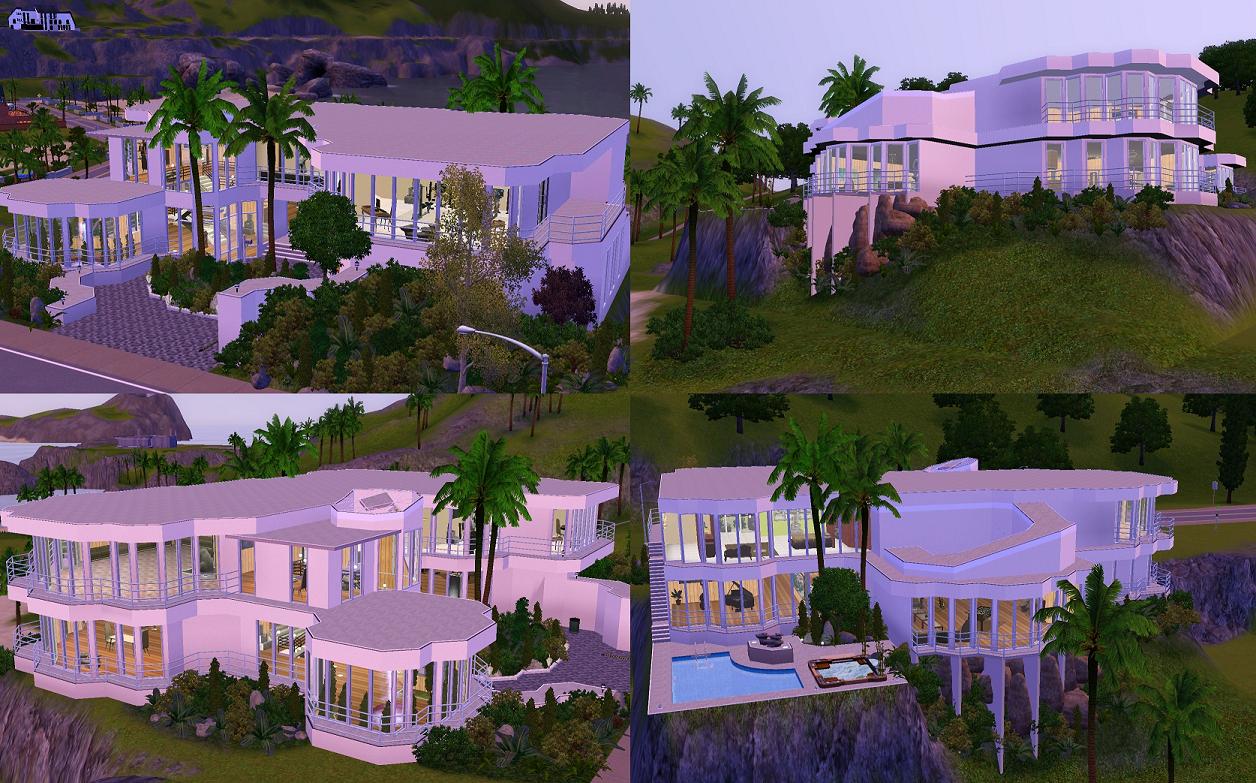 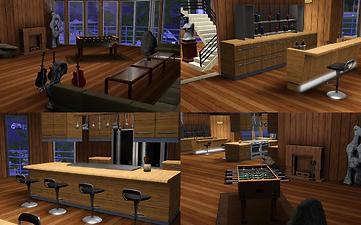 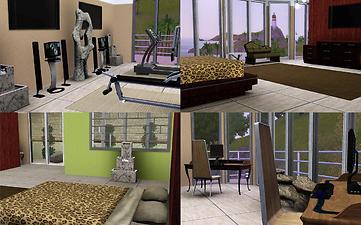 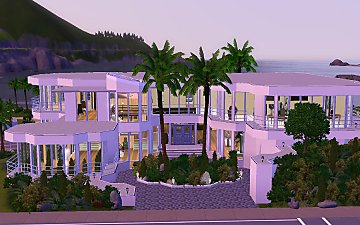 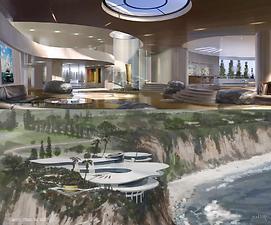 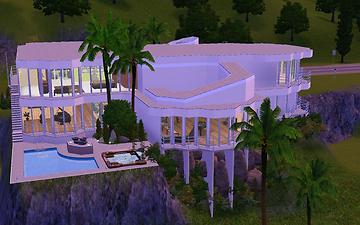 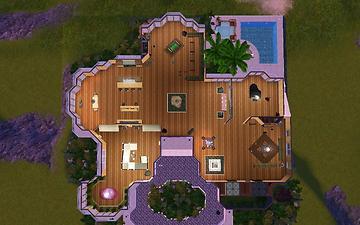 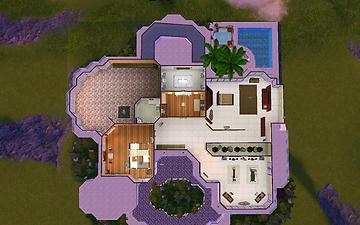 Requires the latest patch (or OLS)

After much trial and error, and honestly my head still does hurt, I've come around to uploading my most recent work, Tony Stark's Iron Man mansion.

You can check out the pictures down there, and as one would expect with the limited tools we're offered with sims it isn't nowhere near perfect. I have, however, tried my best and after two other attempts (first was on a 6x6 lot but then I thought back and realized I wouldn't want to play something that huge right now) I've gotten a bit more used to the angles and shapes and...roundishness of the structure. All five livable levels were used, though I certainly wish there were more available.

Differences from the movie: The house isn't real, and so it was very difficult to come up with a logical floor plan which eventually led to an incredibly roomy home. Anyway, I managed to placed similar items in similar-looking areas so these shouldn't be too obvious, unless you're some type of Iron Man obsessive.

This was playtested, so I can assure you that even the bed works properly, despite being morphed with the wall.

No cars are included, you'll have to add that on your own. The garage holds up to eleven cars. The front yard is large enough to fit another space, if you would like that. Feel free to edit as you please just in case you feel something's a bit off. Just don't re-upload and claim as yours and all of that.

Another thing: Because this was made with Ambitions installed, I ticked the Ambitions required button just to be safe. If it isn't needed though, please do tell me so I can change it.

Where it was built:
180 Wright Way, Sunset Valley. Simply bulldoze Cormorant and then the empty lot and replace it with a 4x4 lot via the World Editor. *You might have to delete Shearwater as well, as the venue is filled of unroutable terrain and is hard to place lots over.* Despite this, it should fit in just okay in any other 4x4 lot or bigger, just not nearly as well as there. (Plus you might want to tick the flatten lot option just to get rid the cliff at the back while on cfe true)

If you need more info, see Game Help:Installing TS3 Packswiki for a full, detailed step-by-step guide!
Back to download view
35 Comments / Replies (Who?)