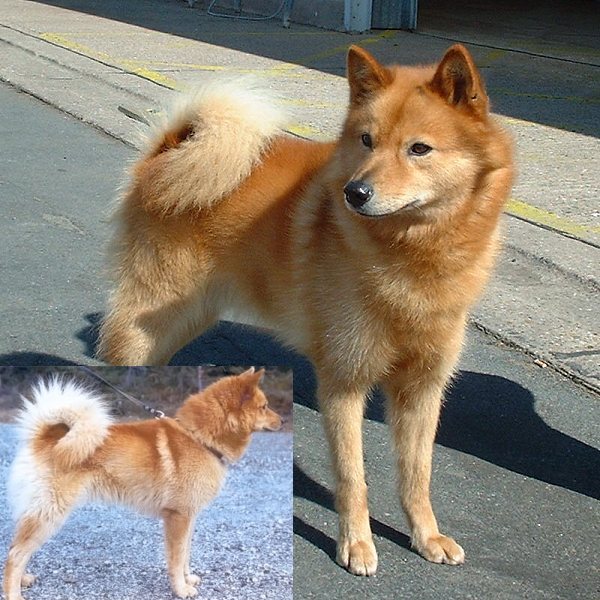 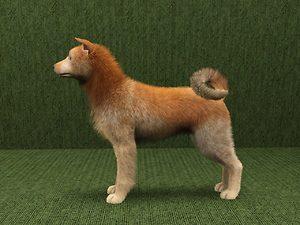 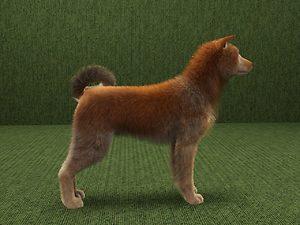 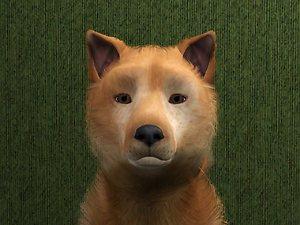 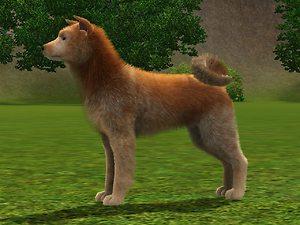 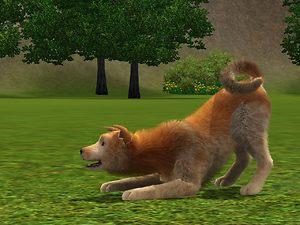 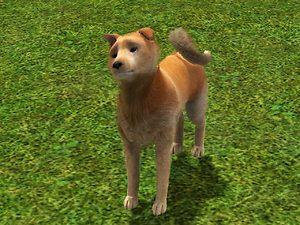 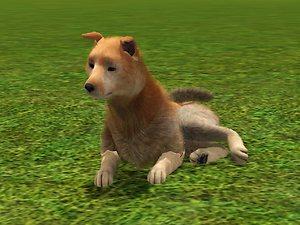 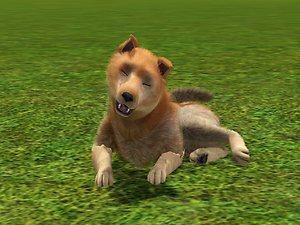 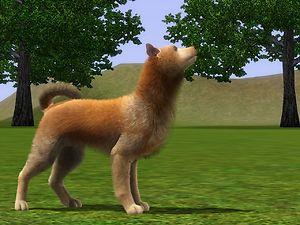 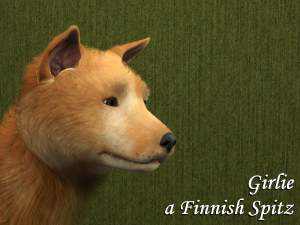 A Finnish Spitz (Finnish language: Suomenpystykorva) is a breed of dog originating in Finland. The breed was originally bred to hunt all types of game from squirrels and other rodents to bears. It is a "bark pointer", indicating the position of game by barking to attract the hunter's attention. Its original game hunting purpose was to point to game that fled into trees, such as grouse, and capercaillies, but it also serves well for hunting moose and elk. Some individuals have even been known to go after a bear. In its native country, the breed is still mostly used as a hunting dog. The breed is friendly and in general loves children, so it is suitable for domestic life. The Finnish Spitz has been the national dog of Finland since 1979.

This is another finnish breed I have missed in game, and it's been a work in process for me for quite a some time. While there are breeds in game that do resemble finnish spitz, none of them are close enough, so I had to make my own.

We have one of these in my family too, her name is Girlie (fin: Typy). She is a very social little doggy, and about 10 years old. Girlie is a hunting dog, but is also very playful and likes kids. Unfortunately I did not have any pictures of our dog (she lives at my parents), so I had to dig up a few comparison pictures from Google, and thus the dog in my pictures is not exact match to the comparison pics when it comes to markings and color. Our dog also has a little bit hanging ears, which makes her an adorable character, especially when she decides to look cute to get treats.

Her traits are (in my awesome traslations):
Barky
Hunter
Playful

Girlie likes to be inside a house, but enjoys herself the best outdoors. She also likes to bark a lot, so for good night sleep, it's best to make her a little place of her own in the outdoors.

Note about making the dog:
In the comparison pic you can see how triangle like the cheek-jaw area is, so I'm not hundred percent happy with her face when looking at it from the front, but I came to conclusion that achieving such a shape is not possible without mods/slider hacks. I also highly dislike the way fur thickness/length is done in the game.

Thanks for Pdawg for helping me make Girlie look so much better than what she looked before her advices.
Files Need help with downloading or installing content? Click here!