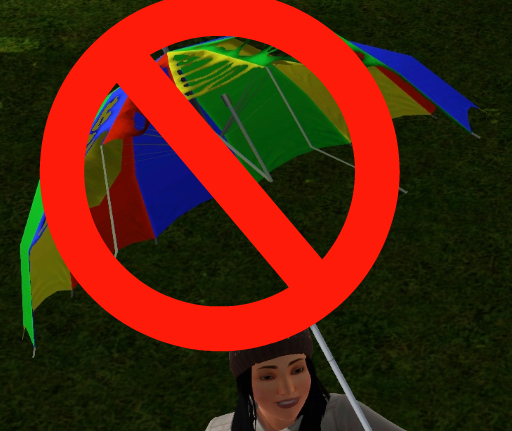 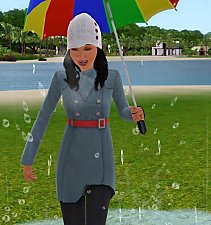 Picked Upload! This is a picked upload! It showcases some of the best talent and creativity available on MTS and in the community.
*This mod was created with patch 1.42 and is useless if you do not have Seasons*

I noticed that umbrellas tend to break easily, so I created these mods to tune things to my own liking, and hopefully yours.

Makes umbrellas impossible to break, this also comes in handy if your sim doesn't have the handiness skill required to upgrade it, or if you want it to be unbreakable and want it to glow at the same time.

(So it will double the chances)

This is a bit of a fun bonus, to bring some realism to the game. Makes your Sims get electrocuted when upgrading the umbrella while standing in a puddle.

These mods edit the Umbrella_XML resource, so any mods which also alter this file will conflict with this one.

Be careful: Only choose ONE of these mods, as using two at the same time will not apply any of the changes made within the mods to the game.

Hope you find this useful, and most importantly, hope your Sims will enjoy being dry under the rain! Additional Credits:
The creators of S3PE

See: Game Help:TS3 CC Basicswiki for a full guide!
Back to download view
33 Comments / Replies (Who?)