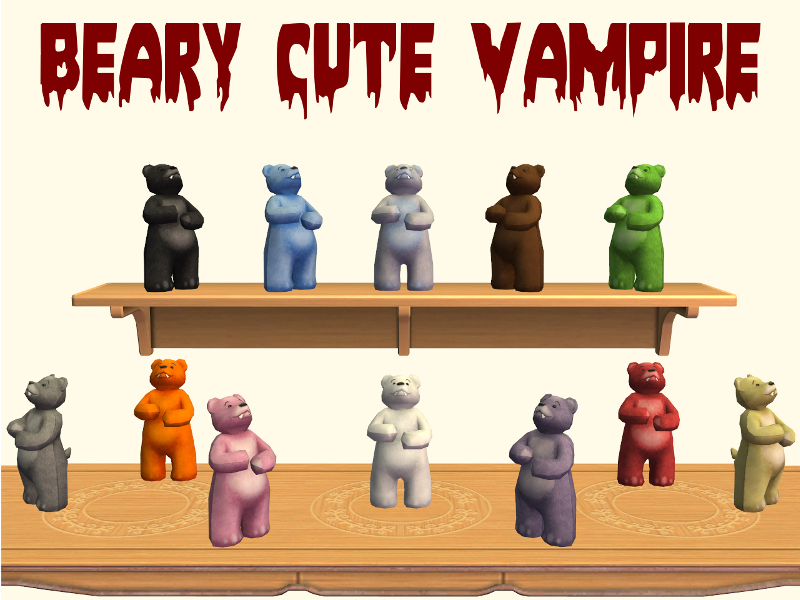 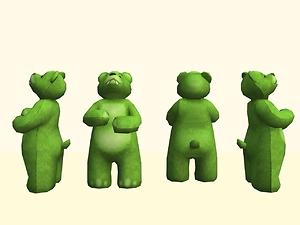 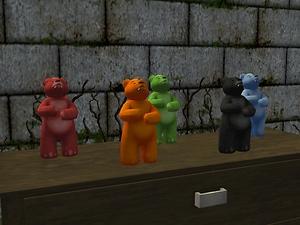 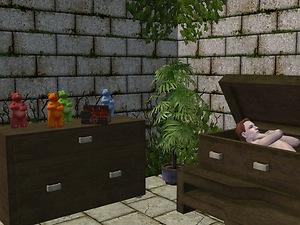 Created by Michelle
View Policy / About Me View all Downloads
Uploaded: 23rd Apr 2013 at 2:20 PM
Around June 2012 a group of very talented creators got together and formed The Coffin Crew, I was honoured to be included as a Honorary Member. At the time I made the Beary Cute Vampire with a lot of help and advice from Leefish/Leesester, unfortunately due to health problems, I never got around to uploading it. I returned earlier this year, however, I'd forgotten all about it, until fanseelamb reminded me recently. After searching, I found it, as the saying goes better last then never. 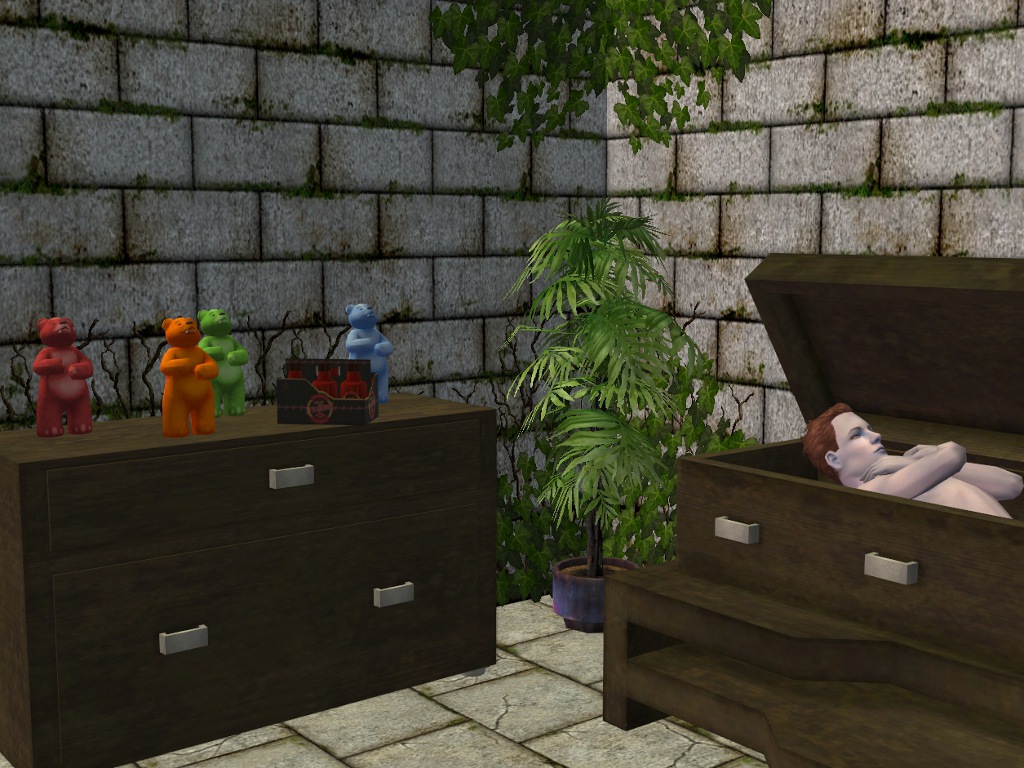 All Files has been compressed and checked in game.

Additional Credits: SimPE - CEP - GIMP - The Compressorizer - EA Games and MTS
The Coffin Crew: Honeywell, mustluvcatz, fanseelamb, leesester also Honorary Members: NixNivis, BoilingOil for making me an honorary member, the fun times and for sharing your knowledge with me.
Special credit to Lee, for reducing the poly count for me. ♥
Other Information

Description: Cloned from the OFB 'Beary Cute Pedestal' and the Base Game '12th Century Song Dynasty Vase' by Michelle

the Coffin Crew
Back to top

Let me know if you find anything wrong with any of my work,
so it can be fixed and I do not make the same mistake in the future.
Constructive criticism and feedback are always welcome.
I do meshes, recolours and design my lots for pleasure, not for profit.
Feel free to use my meshes or recolours and include them in your lots, uploaded to free sites only.
However, remember to check the original creator's policies and always link to the originals.
DO NOT re-upload to pay sites. DO NOT claim any of my work as your own
and please ask before re-using my meshes or texture images (TXTR's).
You can find more of my work at Leefish and Plumb Bob Keep.
Take care and stay safe.