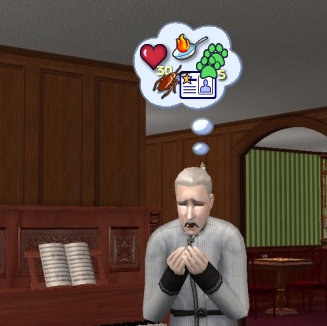 Created by DiLight View Policy / About Me View Downloads Home

Added:
No 'Lost (Sim) as a Best Friend' Memory (not yet in all-in-one package)

Added:
No '(Sim) Broke up' Memory
No '(Sim) Joined the Family' Memory
Updated the all-in-one version.

There are some things in the game I don't like.
One of those things - the system of memories. I find a lot of them quite useless.
That's why I've made this mod which prevents such memories from creating.

I've decided to add the whole line of "counting memories" (Had # Best Friends, Had # Loves At Once, Had # Pet Best Friends, Made # BFFs) because the idea seems silly to me. "Wow I'm so cool I have over 9000 friends!" This won't affect Lifetime Wants - tested.

Choose the memories you don't want in your game and put the files in your Downloads folder.

This mod won't affect existing memories! It just stops the creation of new ones!

You're still able to add these memories via SimPE.

I take requests for other memories - PM me or comment here, and I'll help

P.S.: There's BO's project on LeeFish (http://www.leefish.nl/mybb/thread-2396.html). I didn't steal the creation. I've made it easier to handle (you don't need to use SimPE) and some of the memories there are not configurable (e.g. 'Met Sim' memories).

Additional Credits:
BO for giving me the idea here: http://www.leefish.nl/mybb/thread-2396.html

Welcome to my page!

UPD: was working abroad for a while, will be back soon!
Here you will find some mods affecting Sim memories and other stuff.
I love playing with memories so this is my #1 passion.
Feel free to PM me anytime, I'm absolutely ok with this.
If you're making a request, keep in mind that I mod only for Sims 2 (cause I play only Sims 2 :D)
and I'm not an advanced modder at all (but it never hurts to ask).

My greatest achievement at the time - tutorial on making custom memories, check it out!
So this is it. Read my journal for more info on my work.
Love you guys!
Keep in touch,
~DiLight.