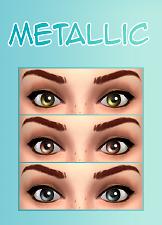 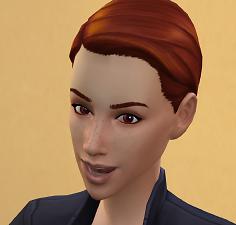 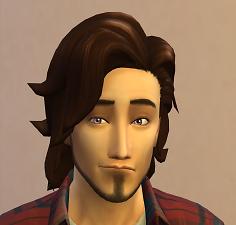 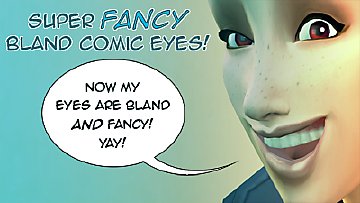 What's new? I added sfbce_allsets_10-01-14_withgenetics.rar (contains all 4 sets in their own package) to the files. What do they do? Well, the following:
I advise against downloading this rar if your game isn't patched. I have no idea what would happen if you do anyway, but better not try it out.
The old downloads still work with the new patch, you can continue using them if you wish / if my wild manipulation of flagvalues makes you uncomfortable. Please keep in mind that I didn't change a single bit of them though and don't plan to do so in the foreseeable future. Their sort order is very crazy, but apart from that, they still work no problems

Are you a fan of all things bland and cartoony, yet severely disappointed by the absolute lack of unnatural eye colors? Where's red? Where's purple? Why isn't there a shade of blue so bright it almost hurts to look at it?
I've asked myself these questions for a long time. I was frustrated. Angry. Fearful, even. Until I discovered that, indeed: the grass is always greener on the other side of the color wheel.
So here's another couple of non default eye colors, each of them an absurdly and unrealistic hue no mere mortal could ever have.

Color your sims' eyes in shades of yellow, orange and red with the stunning Red Set! (6 colors total)
Make them look all fantasy and elvish with the Purple Set! (6 colors total)
Are you looking for really bright greens and blues? Then you definitely want the Vibrant Set! (6 colors total)
But wait! There's more! For the cheap price of "it's totally free, you just have to download it!", you can get the Metallic Set, 3 shades of "it's not really metallic but I think it looks kinda nice so I'm uploading it with the other sets".