Ginger All The Hairs - Female Edition 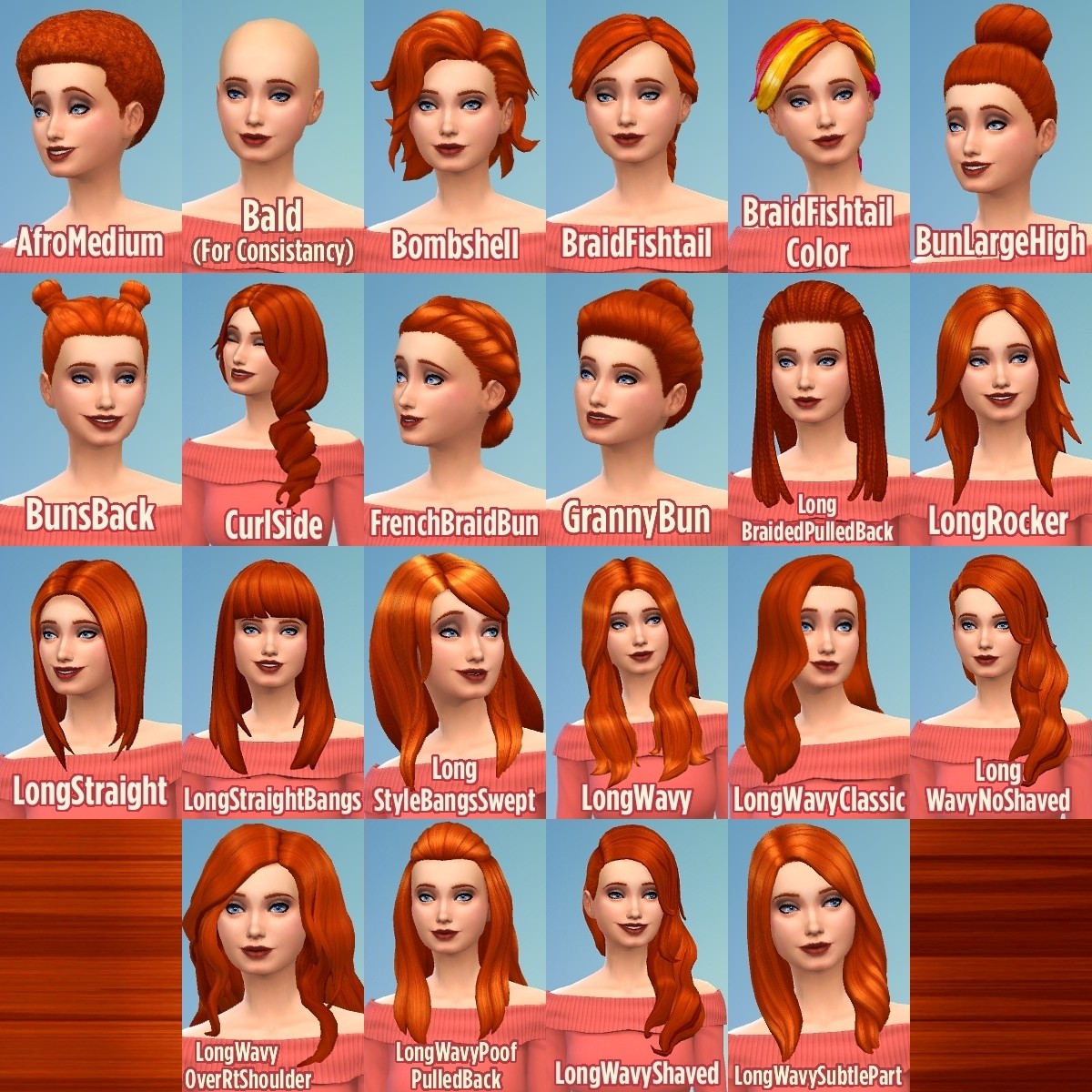 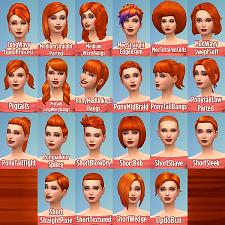 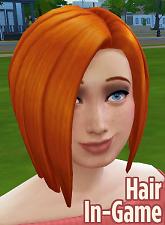 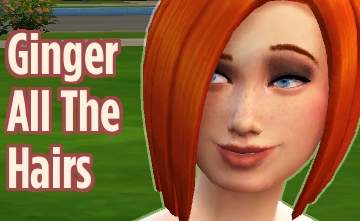 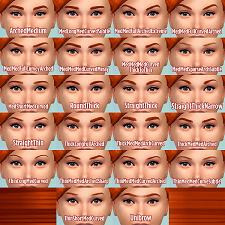 Created by Caitie
View all Downloads
Uploaded: 3rd Jan 2015 at 9:36 PM
Updated: 24th Jan 2015 at 3:30 AM - adding new flavors/features
I was very dissatisfied with the red hair colors that came with the game -- they were all either too dark or too dull. I wanted bright, vivacious reds; not reds that were only a few shades away from being brunette. So, I've gone through and made a ginger version of all the female hairs and eyebrows.

This download either replaces the orange hair color or adds a new haircolor to your game.
I've given it a different, brighter colored swatch, so you can tell the difference.
These files work for all females aged teen through elder.

I rather like this color, however, so I may also be doing the fellas and the kiddies at some point.

I've uploaded two collages containing, between them, preview pictures of all 44 hairstyles available to adult females in the game, as well as a collage of all eyebrows, so you can see what this color looks like on your favorite hair and eyebrows.

Update #1: I've changed the names for the files available for download. I'll be releasing all the guy's hairs in a few days, and it occurred to me that a few hairstyles have the same name. Plus, you want to keep them straight, right? Only the file names have changed -- the files themselves are the same. Download the renamed packages, or not, it's up to you; just make sure you have one or the other, not both, as they will conflict with each other.

Update #2: Two important things with this update: due to popular demand (and a little help from Sim4Matrix; thanks again!) you can now choose between either default replacement (replacing the "orange" hair in-game) or non-default (adding a new hair color to your game). Also, eyebrows! So you can use the "match eyebrows to haircolor" feature.

Abbreviations Used: The (newly renamed) name files use a few abbreviations. Here they are deciphered:*Note: because the teens are the same sizes and shapes as adults now, and adults and elders have always been the same size, the game doesn't differentiate between "for adults" and "for elders" or "for teens". With the exception of a few male hairs (namely, the balding ones), every single hair or clothing, etc, can be used for all those groups. So, even though it's "y" for "young adult", these hairs are actually usable by anyone teen - elder.

Additional Credits:
Grand for making the wonderful Color Magic tool.
The GIMP - without which, many, many art projects wouldn't be possible
Thanks to all the people out there making tutorials and other resource, so that mid-level techies like me can figure this stuff out!
Other Information