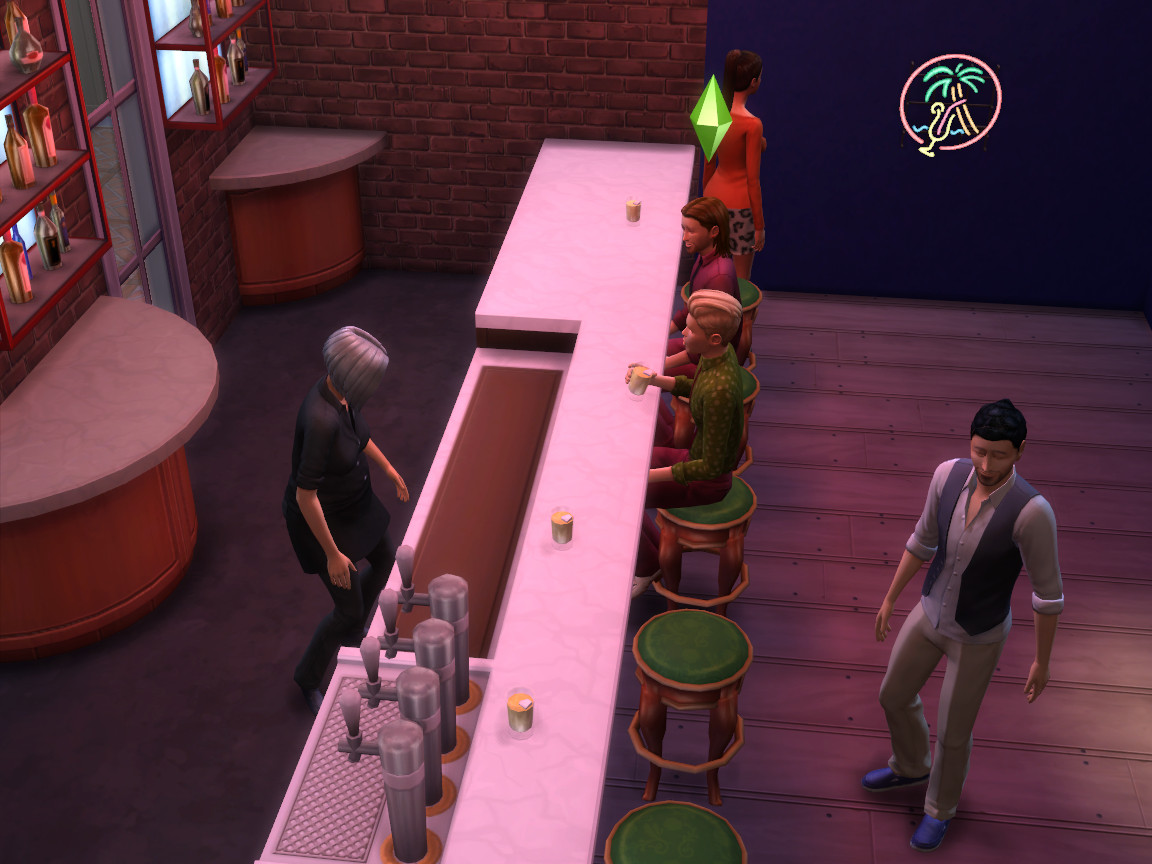 Created by Shimrod101
View all Downloads
Uploaded: 24th Feb 2015 at 9:06 PM
This mod fixes the issue with Bartenders not showing up in their uniforms; with the mod installed they will be at the Bar, Nightclub and Lounge in the uniform when your sim arrives, and a new bartender showing up will also have the correct uniform.

Also the patrons at the Nightclub and Lounge venues will now be wearing Party outfit instead of the incorrect Everyday which they have been using since the December 16th patch.

The Pizza Delivery will also have the correct Pizza uniform; maybe all players haven't seen it, but since that patch the pizza was delivered by someone in their civvies in my game. So this is fixed.

And the Librarian will be in the rose blouse and black skirt as she should be. I don't know what the male librarian is supposed to be wearing, your guess is as good as mine.

An outfit issue when traveling with my active sim is also fixed. If I travel with my sim in his Party or Formal or whichever outfit type, when he arrives he is in the same outfit, he is not swapped to Everyday. However, this is different than the issue with 3 Everyday outfits, for example, where my sim is swapped to Everyday 1 from Everyday 2 or 3 when traveling. This mod has no effect on that issue, so it will still be happening.

Maids are showing up in my games in the pink blouse and black skirt as they did when the game was brand new. Altering the maid file gave no result whatsoever, the maids were the same. So the maid file isn't included in the mod.

The screenshot simply shows the bartender and Johnny Zest who should be recognizable in his default Party outfit. Since that patch he was going to this nightclub in the blue jacket, his default Everyday.

Additional Credits:
Created with the use of s4pe by Kuree and Sims4Group, and the Sims4 XML Extractor by velocitygrass.
Files Need help with downloading or installing content? Click here!