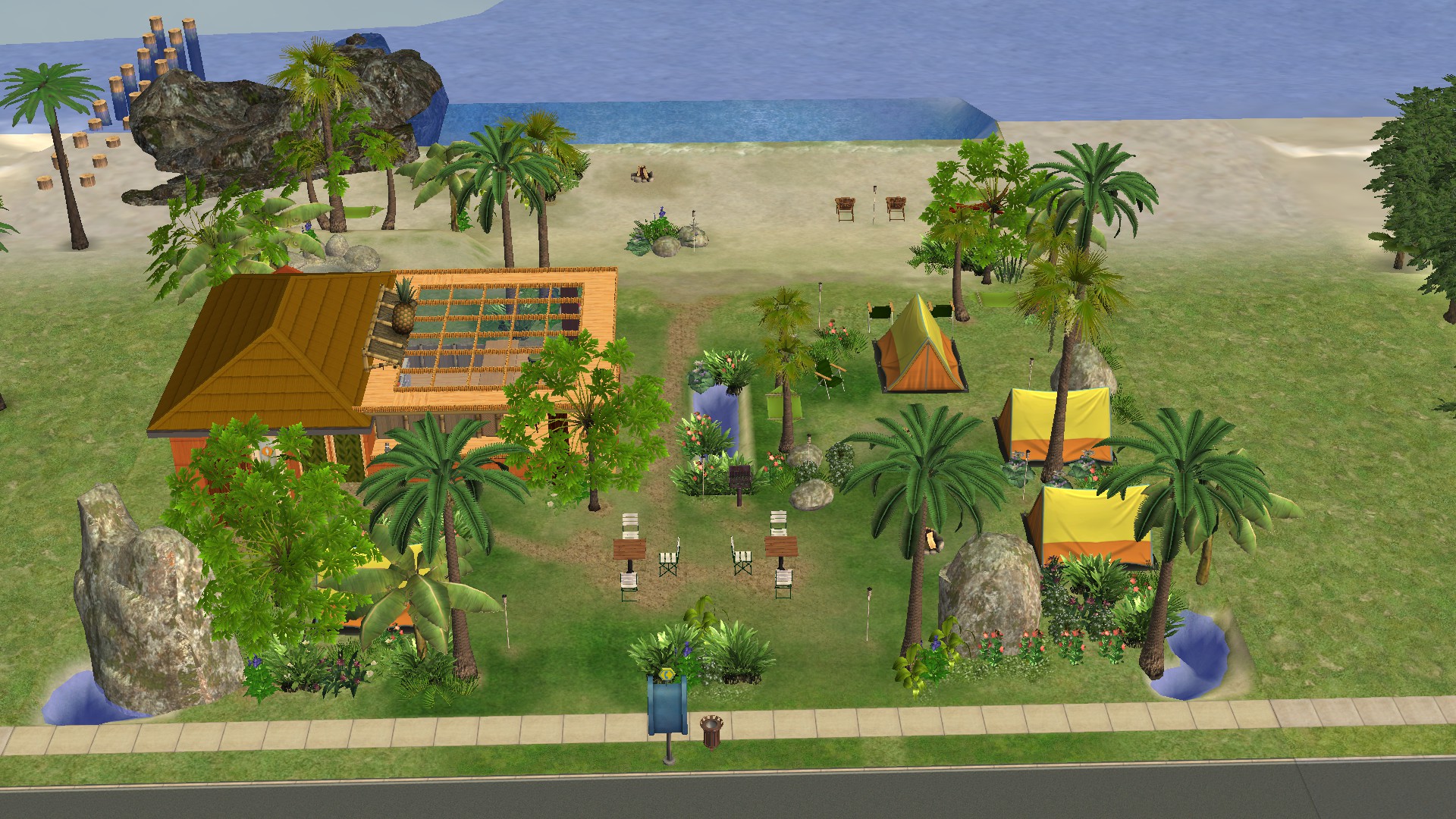 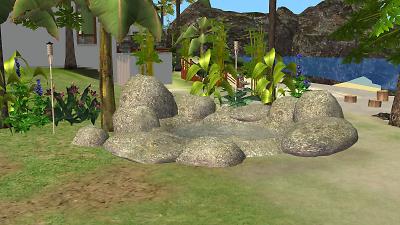 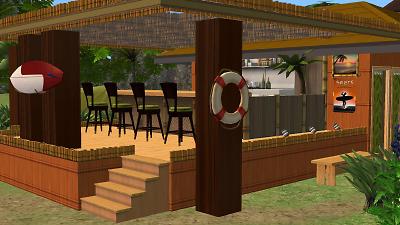 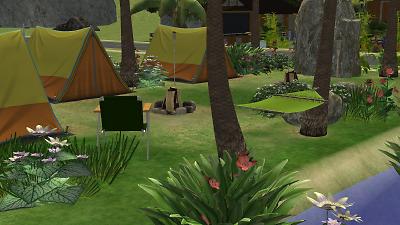 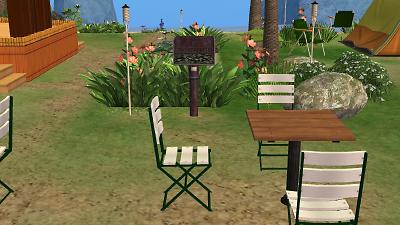 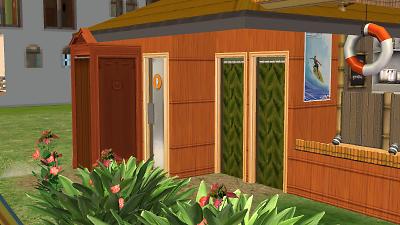 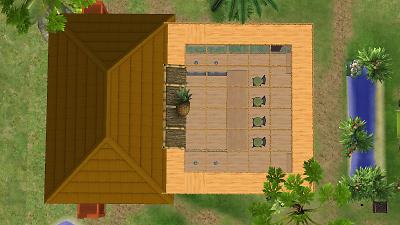 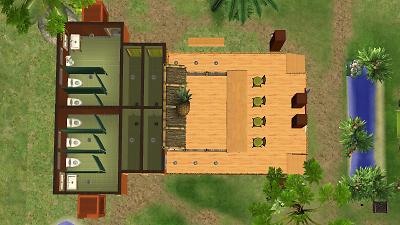 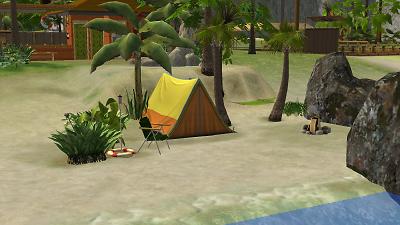 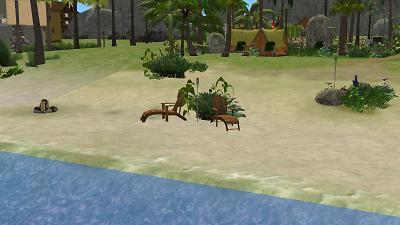 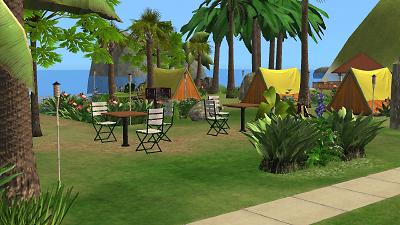 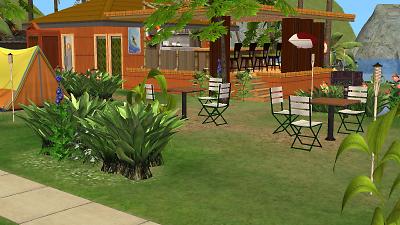 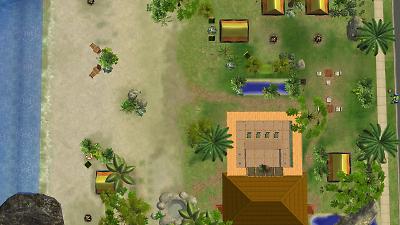 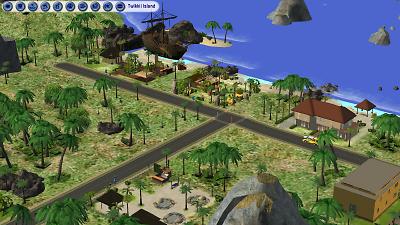 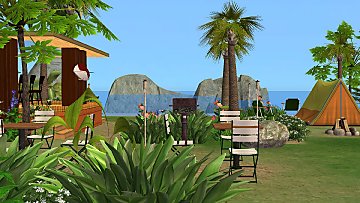 73 Thanks  Thanks     18 Favourited
Bumming around? Try being a beach bum! Sandy Beaches provides a tropical 'Kumbayah' atmosphere that won't empty a sim's pockets!

I present for the Beach Theme of March. Sandy Beaches Camp!

Sandy Beaches is ideal for your college sims looking to catch a (Spring) break from studying or nature enthusiast sims that want to get up close and personal with the sea, and all the nature the tropics provide. The Camping atmosphere will also unlock 'sleeping under the stars' as a vacation memento you otherwise wouldn't get with existing Twikii lodgings.

- 5 campsites, 4 are up near the entrance and there is one secluded beach campsite for those who REALLY want to get up close and personal with the ocean

- 4 firepits - 2 can be found at the top campsites, 1 near the secluded campsite and then 1 on the far right side of the beach for general beach-y hangout time in the evening.

- Male and Female washrooms + showers. The Showers are technically unisex but are self contained for privacy and there are 4 of them since swimming in the ocean is salty business

- Grill and tables for up to 6 eaters, for those outdoor types intent on making their own food, or who are penny pinching on a budget vacation.

- Surfer Pete's Snack Shack for up to 4 eaters, for those who want to try local cuisine and spend a few extra bucks instead of making their own food in the cook-out area.

- Rock Spa a good place to relax in some non-salted water and chat up some fellow vacationers.

- Multiple places to sit and take a load off, including 2 wooden beach lounge chairs, four fold-out camper chairs, and a wooden bench to view the ocean from.

- THE BEACH! Swim, build sandcastles, sunbathe, or comb for seashells across the beach down below!

I placed mine in the vacant area next to the South End Beach (the one with the pirate ship) in Twikkii. I would also suggest adjusting the deco rocks in the neighborhood view more to the right toward South End with the objects button to get more room for that secluded campsite. I think in a vanilla game the neighborhood deco rocks will cover it, however, sims in the lot will still be able to use the tent and everything in that little area still if you don't. You can also place it in the vacant beach areas on the other side of the island, I tested my lot on those spots before moving it to it's current place.

Custom Content NOT Included:
Veranka's (Veronique) 3t2 Travel Tents + Recolors - You MUST download, as these are not included - at Vernoique's Live Journal