Bartender At The Gym 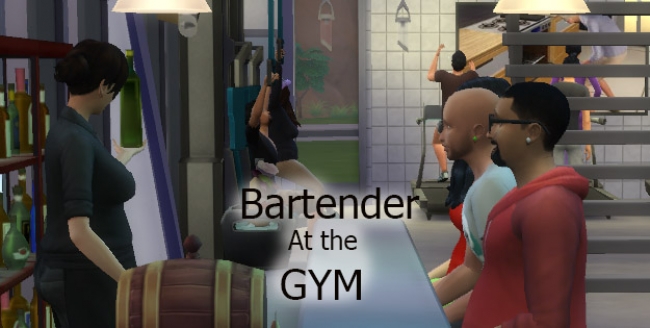 WARNING: THIS MOD WILL NOT UPDATED MORE , SINCE THE UPDATE 1.13 BARTENDER POSSIBLE HIRING IN ANY LOT , A NEW MOD TO ALLOW A NUMBER OF MAJOR CONTRACT IS ALLOWED IS ON THE WAY !

Sorry for the long delay to update the mod, really I was out of time, but now I brought a new update that fixes the bug of bartenders with random clothes in every lot that began in the update 1.10 of the game due to some changes that have occurred in official files of the game