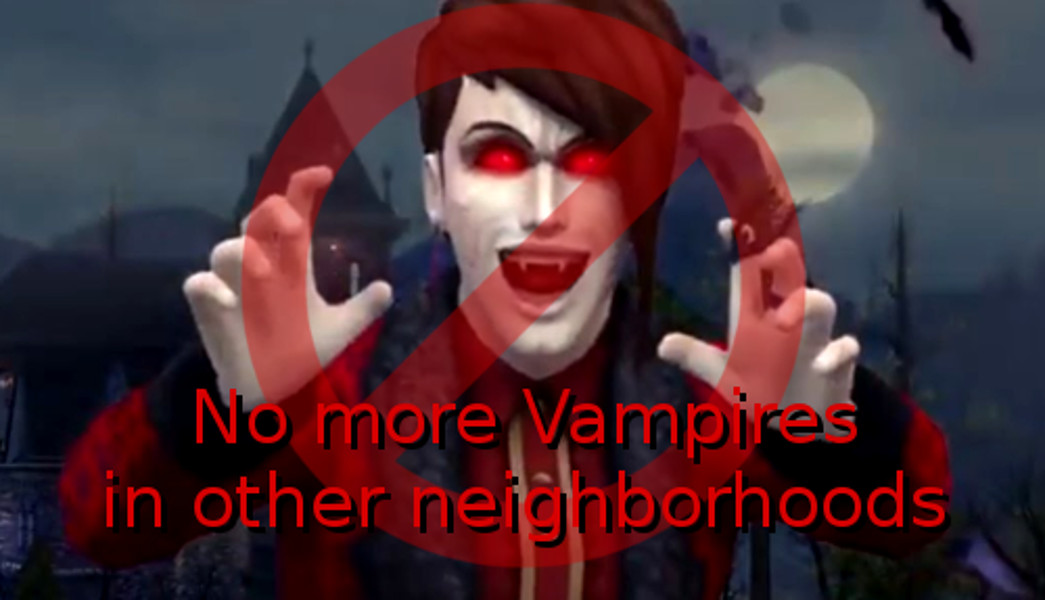 You don't want vampires in your normal neighborhoods? Then this mod is for you! I do not touch the new world "Forgotten Hollow". But all the others, like Oasis Spring, Newcrest, City Living etc. these won't allow Vampires to roam any longer. I did not delete the scenario of "fake" vampires, the wannabes who dress like them, but are normal sims! But every other scenario, including doorbell from vampires should be removed.

This mod will not get rid of the gameplay pack tutorial, which will start with any sim played after the pack was installed. That means if you play a family for a long time and install the Vampires GP the tutorial will be triggered with or without this mod. That means you will get messages from Vlad and he will come one night to bite your sim! This is part of the vampire tutorial, so far I wasn't able to find out how to stop it completely, so this mod gets rid of the walkbys! That means you won't see vampires walking the streets or standing in front of the door to be invited!

Make sure to remove your localthumbcache.package file, as it stores old mods and could cause problems. I suggest to always do this before you add a new mod. Doesn't matter what kind of mod you want to use! This way problems with the mods can be narrowed down!

I've uploaded a new version for patch 1.28.25.1020, as the old files were changed. EA added Teens as walkbys to all the files, so I had to change them all. Since it's a whole bunch of files, I only uploaded the file for ALL neighborhoods. Version 2.0 gets rid of all Vampire scenarios and you will have the new code for Teens!

I've uploaded a new version on 01/29/2017 which fixes an error that was caused by a not closing tag in the code. This is fixed now, I've also uploaded the wished for No Vampires for Forgotten Hollow. I deleted all Vampire scenarios, like vampires walking around, even the ones who live in Forgotten Hollow. 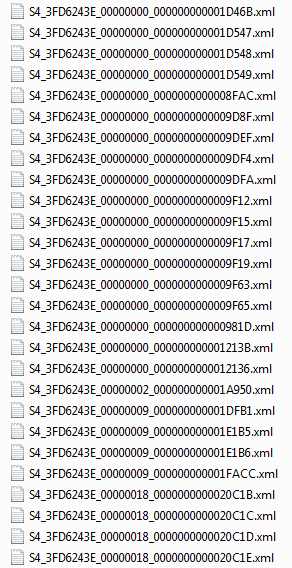