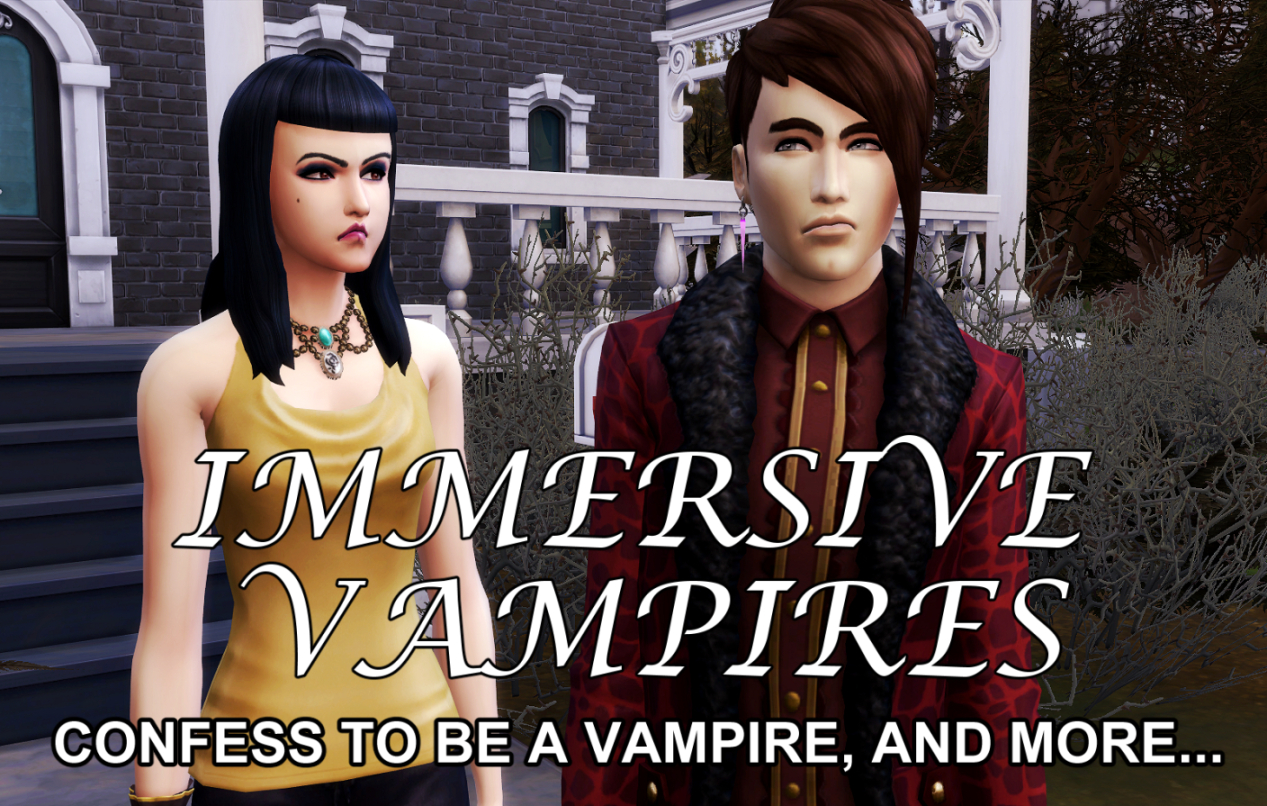 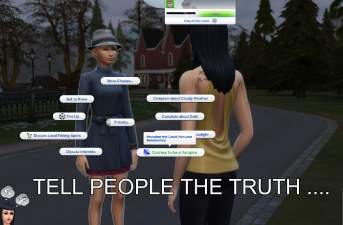 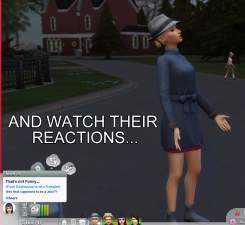 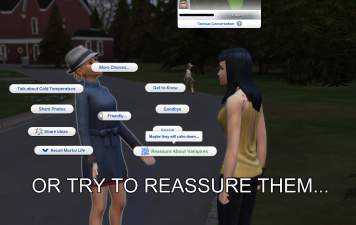 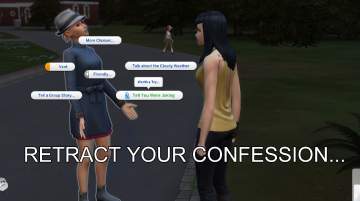 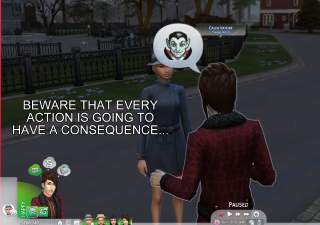 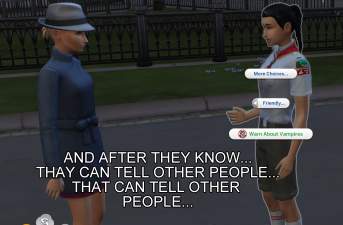 I'm considerig deleting this mod from MTS, you can find it HERE or HERE this is not going to be updated anymore.

So, the interactions were failing way too much, I toned it down a bit, but in case you only want to confess without dealing with all the fear system, here is ho it works:


- Friends are more likely to accept the confession from you,
- Sims with the good trait will always accept the confession,
- If the conversation is pleasant, the Sims are more likely to accept you,
- Mean sims are always going to reject you,
- You have total control over the family reactions,
All the above (positive reactions) is going to make your vampire trusted, trusted vampires do not get the fear reaction from people, and with the special interactions Reassure and Talk things through can make the other sim positive to vampire (positive sims are always going to accept) or totally change the mind of someone who has a negative opinion.

Please report if something doesn't work this way.

This mod adds new functionality to the game and shouldn't conflict with anything. This is NOT a resource override, NOT recategorizer or hider, and NOT an XML tuning, it's a full script mod

New gameplay with vampires, a number of interactions (and associated hidden traits and buffs) will be added to the game:
- Confess to be a vampire (friendly) available to all vampires;
- Tell you were joking (retract confession) or Reassure about Vampires available to vampires who already confessed and had a bad result;

By accusing and warning other about vampires, a new interaction will unlock for people with a bad opinion on vampires:
- Fight against a vampire will be available right away.

Confessing to Sims
Confessing to a Sim only takes a click, there are various outcomes: positive, negative and neutral. If you get a negative or neutral response, two new options will unlock: "Tell you were joking" and "reassure about vampires". While Sims that gave you a positive response will have a positive opinion about vampires right away, the outcome of these two interactions will decide the opinion of the sims who gave you a neutral one, and you can pick only one, or leave things as they are. Negative responses bring to a negative opinion, if the outcome of one of the two followin interactions is positive, though, you can flip your interlocutor opinion on vampires.

Confessing to family
Tell to family members is another story...
The interaction will not bring any gain or loss in the relationship, it will only give a 24h long moodlet to the family member, after the time will be over, their mood will change to warn you that they made up their mind about it... at this point, you will get two new interaction "Accept as a vampire" or "Reject as a vampire". Obviously, the first one will give a positive opinion on vampires to the performer, and the second one a negative opinion. The reaction to your confession is influenced by previous interactions with vampires on the family member part, meaning: if they already have an opinion on vampires or not.

This mod adds the possibility for vampires to tell other people about themselves. Under the friendly category you will find a new interaction, available for vampires only "Confess to be a Vampire". Confessing to someone can bring different results and consequences both for you and for them. There are various outcomes based on your listener traits, mood, relationship, if or not they already know about vampires, and the opinion they have on them. Based on the outcome of your confession, they will form an opinion that can be neutral, positive or negative. Sims with a negative opinion on vampires will get a two new interactions: "Warn about vampires" and "Accuse to be a Vampire", by performing these interaction, they have the chance to become vampire hunters, more on this later. All the Sims they will tell about vampires will form a negative opinion on them, and will get tense around known vampires.

Vampires too will get tense around Sims who knows their secret, all but the ones that are trusted by someone. If someone forms a positive opinion on you through a positive reaction to a confession, new interactions will unlock for them: they will have the possibility to "Ask if Vampire" to other sims, "Ask Opinion on Vampires" to other sims, that will unlock the option to "Reassure about vampires" if their opinion is bad or neutral or "Reassure about humans" vampires. These interaction have the chance to change people opinion on vampires.

Trusted vampires will unlock new interactions with humans and with other vampires, they will have the ability "Ask Opinion on Vampires" to other sims, that will unlock the option to "Reassure about vampires" if their opinion is bad or neutral, "Reassure about humans" to other vampires and "Talk things Through" with Sims with a negative opinion on them, thus changing those Sims mind about Vampires.

All the vampires will unlock the ability to fight vampire hunters right away.

This mod also add a small chance for sims to be instinctively afraid of vampires, it's random and will get them a small tense mood around vampires.