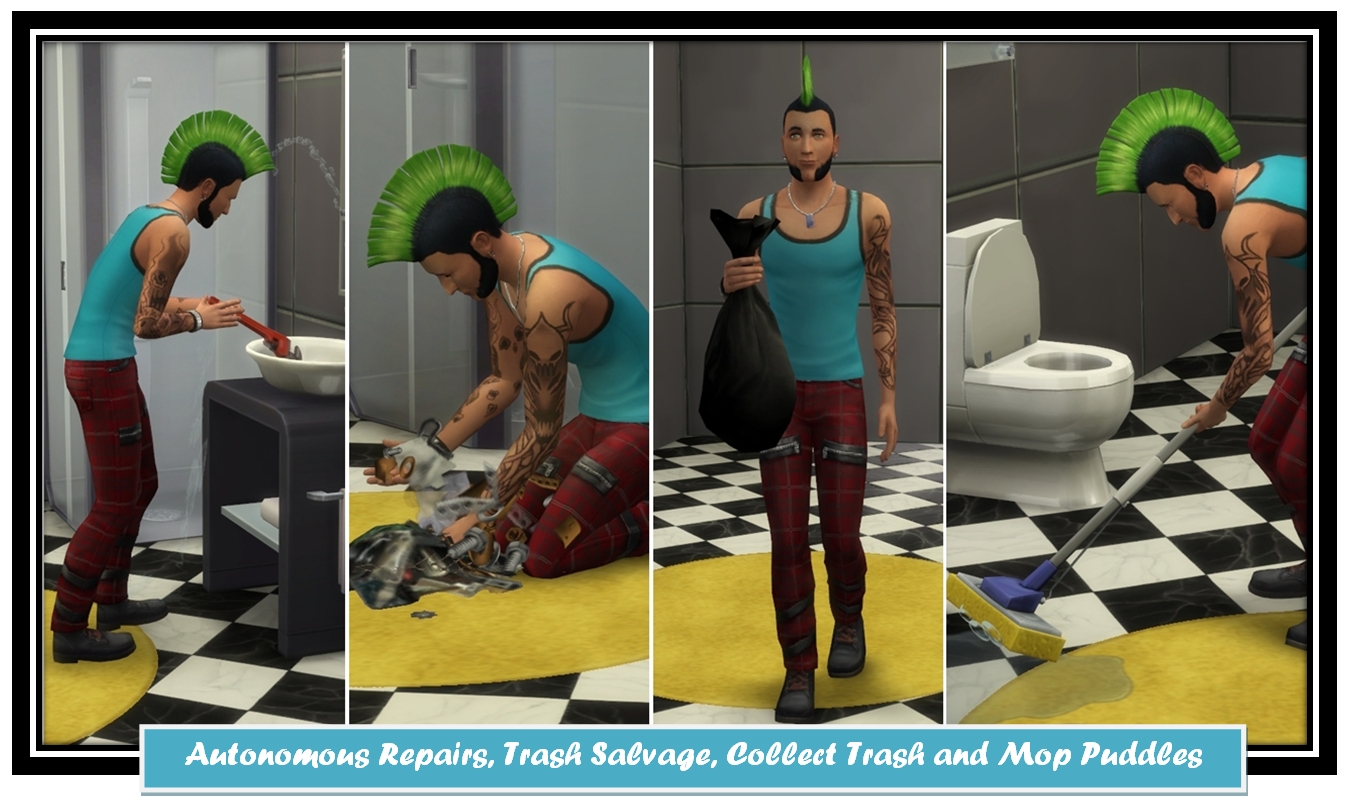 
Don't upload this mod on other sites without permission, thx

Since the “Updated version of Autonomous Repairs by mrclopes” mod is outdated and doesn’t work anymore i made a tuning mod which overrides the interaction for repairing (+expert repairing) objects, scavenge in trash, collecting trash and mopping puddles which makes all those interactions autonomous.

New 03/2018 — Reworked Mod from scratch so no Original ingame Ressources are used for the Autonomous Repairs!

With this Addon Sims will search in garbage for Items after repairing and will throw the Trash away after.


Any mod that modifies the same files listet below will likely conflict!