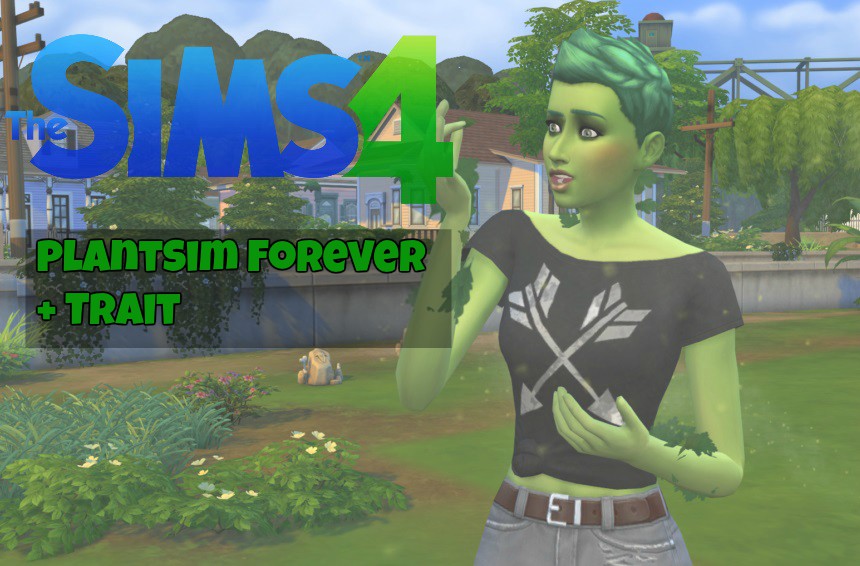 Created by Simonch8 View Policy / About Me View all Downloads

This mod has 2 package files. The "PlantSimForever" package alters the cooldown of the forbidden fruit buff, so your sim will stay a plantSim forever and doesn't turn back to normal after 5 days.

The other file called "PlantSimTrait" will add a visible Trait in CAS to make a plantSim without a forbidden fruit. Combine this file with the "PlantSimForever" package.
But NOTE: randomly generated townies will also have a chance to get this Trait, so even after the PlantSim Challenge you will have plantSims around your town. (Which is in my opinion a good thing, because you also have random generated aliens and vampires)

Update
I added a 3rd file called PlantSimDecentLook which alters the default look of every plantSim. They don't have unchangeable hair and green skin anymore. Instead, they have plants covering their bodies. I took those awesome textures from this mod. Thank G1G2 for the textures, not me.
This is what it looks in-game(Doesn't appear in CAS): 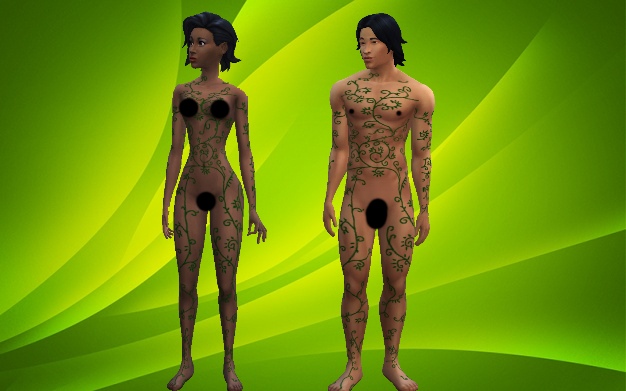 The Trait can be found in the "Lifestyle" Category of the Sims 4 CAS and should be available with a name and description in all languages. At the moment, the trait doesn't do anything other than making your sim a plantSim. I didn't add things like: "more successful in those career" or "can learn this skill faster", becuase the plantSim in Sims 4 allready has this built in. So you get the gardening boost from the built in plantSim when you chose this Trait. However, maybe in the future i will add a version where the Trait means something like "Pureblooded PlantSim" and give you special abillities that those plantSims which just ate the fruit didn't have. For example a bigger gardening skill boost or special interactions with plants or other sims

For this mod i only overrode 1XML file which is the following one:

To install the mod just extract the zip files inside the mods folder of your game.