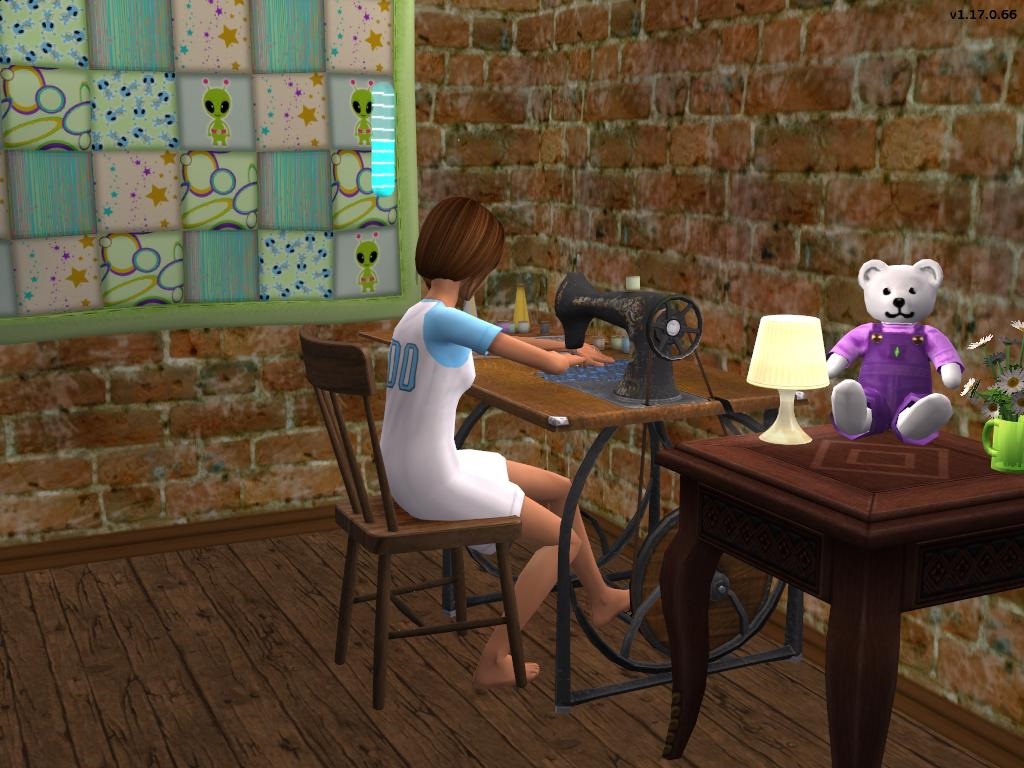 13,419 Downloads 404 Thanks  Thanks 107 Favourited 36,366 Views
Picked Upload!   This is a picked upload! It showcases some of the best talent and creativity available on MTS and in the community.

Created by gummilutt
View Policy / About Me View all Downloads
Uploaded: 29th Apr 2017 at 9:30 PM
Updated: 1st May 2017 at 5:36 AM
I've always thought crafting was a fun addition to the game, but the slow crafting and massive motive drain takes away some of that fun. I've long intended to mod the motive-aspect of it, but after playing a household that only gets to use what they make I decided the slowness was a bigger problem. I set out to find a mod to make it faster, and the only thing my searches brought up were other people looking for it. So off to fix it I went.

How does it work?
This mod makes crafting quicker by setting the crafted object as partially finished right from the start. I would have preferred to make the actual crafting faster, but the game refused to listen to that so I had to figure out another solution and this is what I came up with. It should also help with the motive drain, since your Sims get more items in less time and won't have to spend as much time crafting. It does not affect motives directly though.

Known issues
With this mod the crafting progress bar will lag a little, remaining visible a little longer than usual if you cancel the crafting before the item is finished. I decided it was a small enough problem that it is an acceptable side effect.

For the types of crafting where the object changes shape during the crafting process (like toys and robots) you may see less of that shape-changing. It does still change shape, but depending on which object it is and which mod you use, you might not have time to see the change before the object is complete.

Conflicts
None that I am aware of. May conflict with mods that affect crafting.

Will not affect most, possibly all, custom crafting stations. The ones tested have not been affected. There's nothing I can do about that, sadly, it's because of how they were made.

How to edit
This is easy to modify if you'd like objects to start out with a different % than the versions I offer here. Open the package in SimPE and modify the line in the BCON called Tuning - Faster Crafting. Enter whichever % you want it to start at in the Dec box, commit and save. If you'd like to try and you need more specific instructions than this, let me know and I'll make a picture showing you the steps.

Disclaimer: I would not recommend setting it to 100 as I don't know how it'll react to that.

Credits
Joandsarah77 and Sunbee for testing for me.
Gdayars and Jones for making the sewable object recolors you see in the thumbnail. Gdayars made the teddybear recolor, and Jones made the quilt recolor. I'd highly recommend checking both of them out, both very cute!
Files Need help with downloading or installing content? Click here!