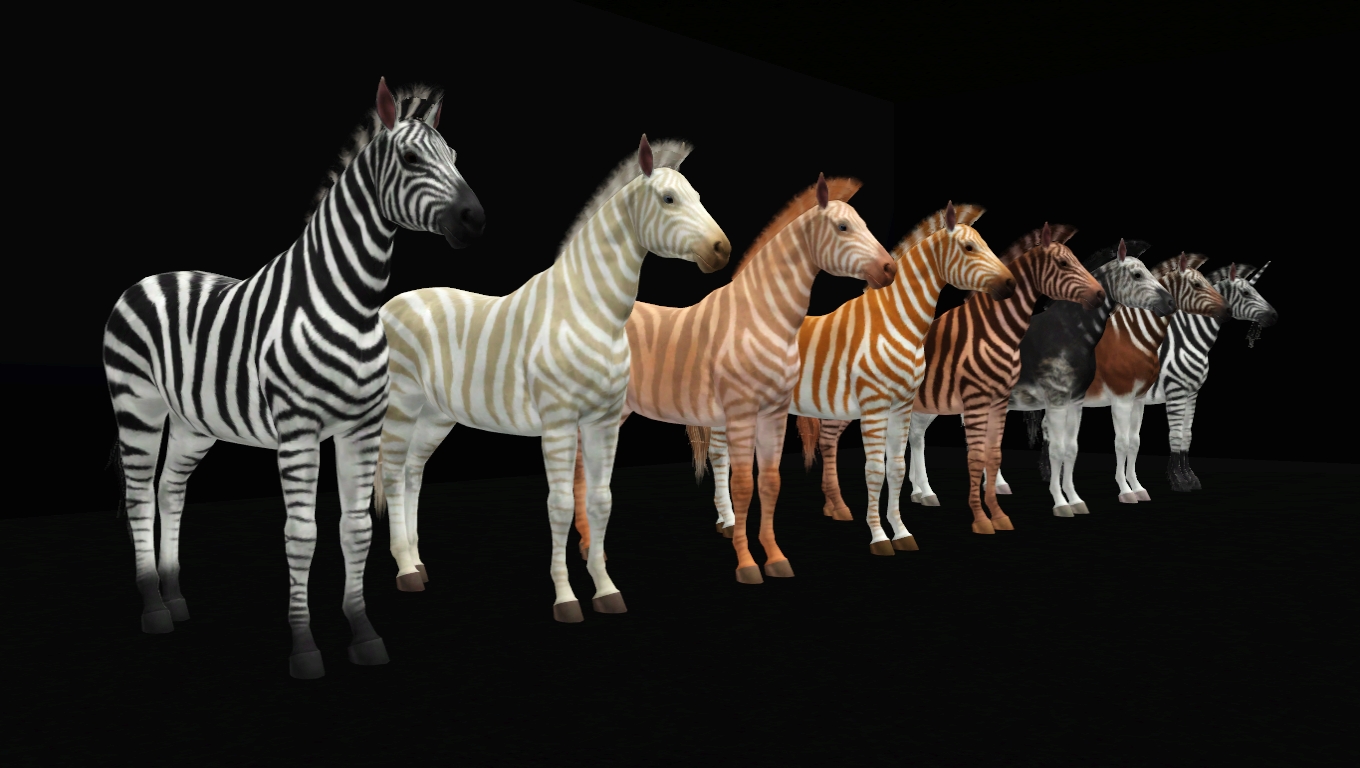 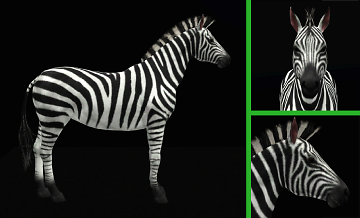 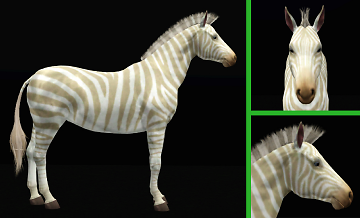 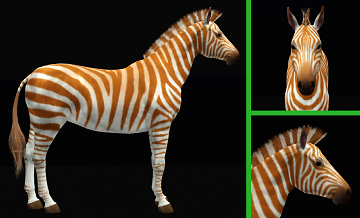 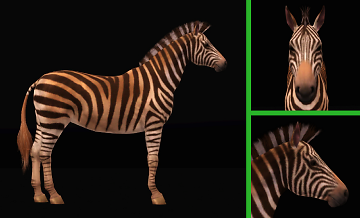 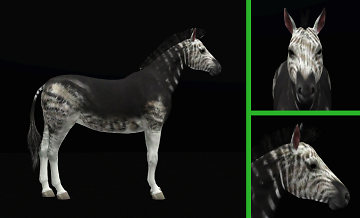 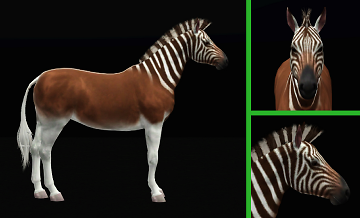 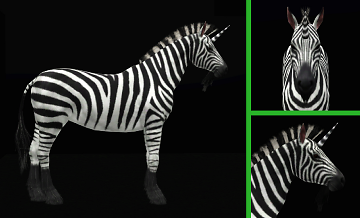 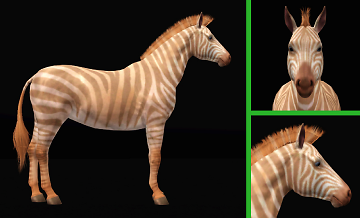 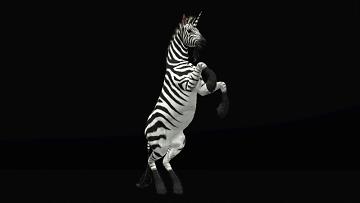 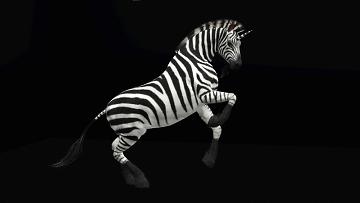 Picked Upload! This is a picked upload! It showcases some of the best talent and creativity available on MTS and in the community.
Tired of the same old black and white stripes? Well now you can have a rainbow of zebras!

All:
Zebra Mane by Alastair Schrodinger
Unicorn Tail Fixes by [email protected]
Quagga only:
Appy Advent Marking by Christina Hanson
(in particular the ADVENTAppaloosaBlanket DONE marking found in the .rar file)
Notes:
If you have issues downloading the tail fixes from the site here's a link:
https://www.mediafire.com/download.php?c3097dp7zfgcnu5

All should automatically have the No Shine Unicorn Tails. If not just edit in CAS

Traits:
Aggressive
Ornery
Untrained
Because zebras in real life are notoriously hard to tame so may as well give your sims a bit of a challenge

Golden:
Golden zebras are NOT albino. In fact no horse, zebra, or any other equine has ever been found to possess the Albino gene.
What causes the pale markings is a similar condition called Leucism which is a partial lack of pigment (this is what causes white tigers to be white) in multiple genes, not just Melanin.
Leucistic animals also usually have normal or blue eyes. Never pink like in true albinos.

Pink Gold:
A Pink Gold Zebra is Leucistic like the Golden Zebra, just to a lesser extreme.

Red:
Red zebras are Erythristic which means that they have red stripes instead of the normal black.

Brown:
Brown Zebras might be Erythristic too just to the extreme.. though I can't find much info on it...

Black:
Black zebras are Melanistic which is the over production of the pigment Melanin causing a black pigment. This is the same mutation that causes black jaguars and leopards. 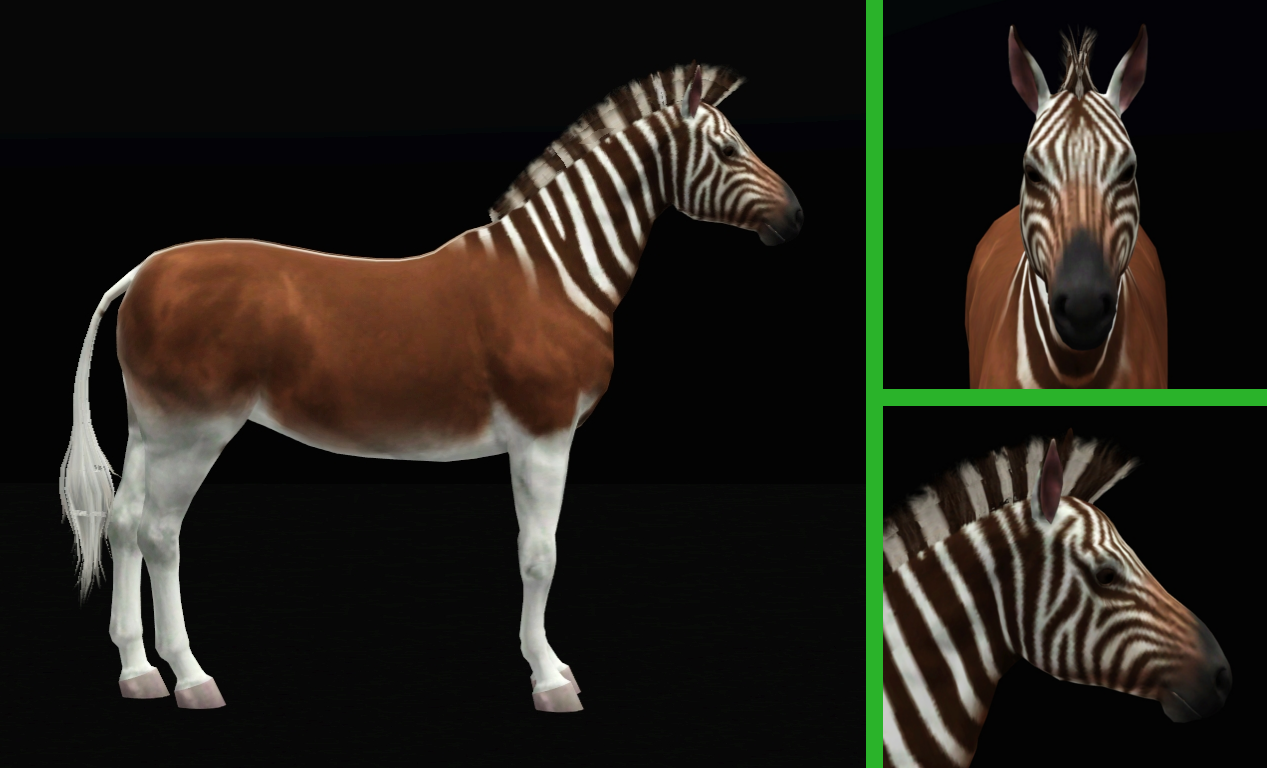 The Quagga (Equus quagga quagga) is an extinct relative of the Plains Zebra. The last known wild Quagga died in 1878 while the last known captive individual died in 1883.
What made the Quagga unique among zebras was that the equid only had stripes on it's head, neck, and withers. The rest of the body was brown with white legs and tail.

The Quagga went extinct due to over hunting by early Dutch and European Settlers and local Afrikaners for meat and skins. Though the settlers also considered the Quagga to be a pest due to them competing with cattle for grazing.

The last mare in captivity died on the 12th of August, 1883 due to unknown reasons. Unfortunately the significance of her death wasn't realized until the zoo that she was at requested another specimen. The confusion caused by native peoples using the word Quagga to refer to any zebra... None were ever found signifying that the species was officially extinct. 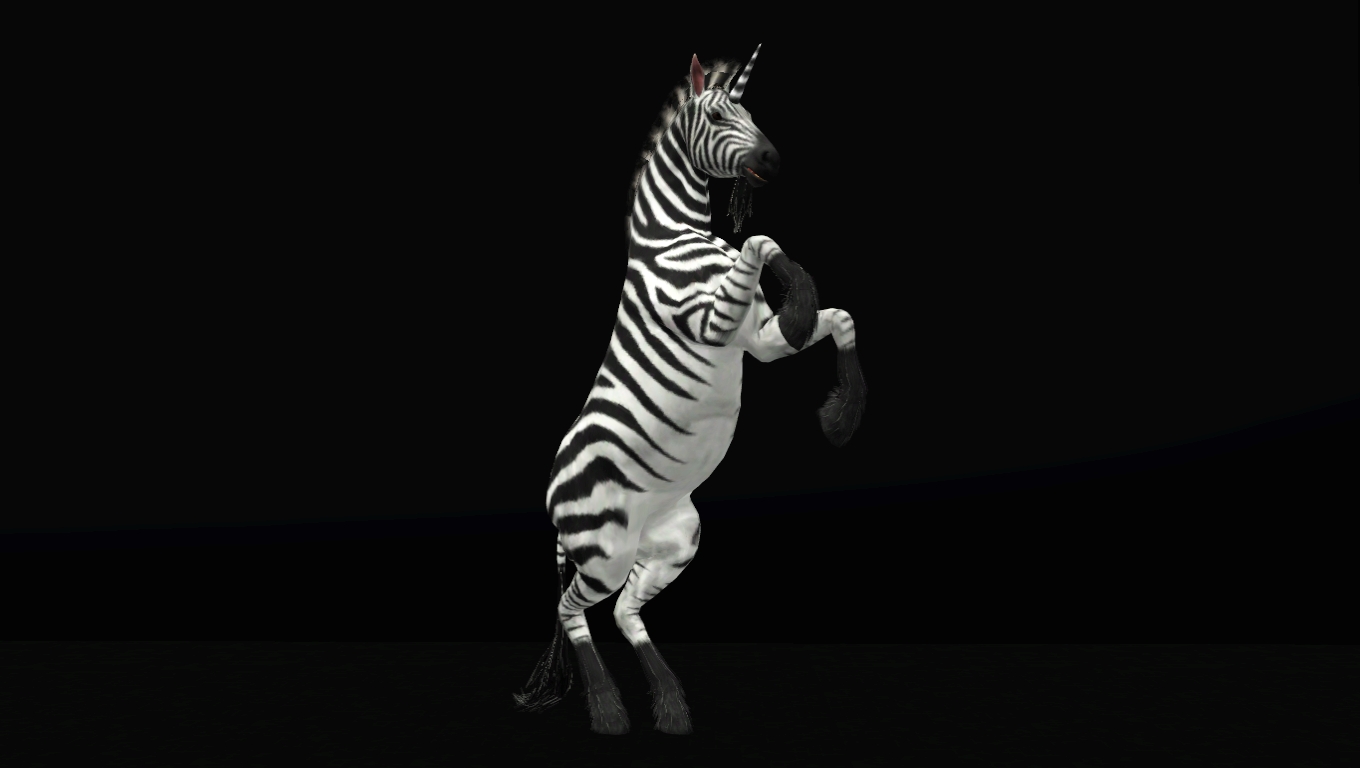 A special, rare uni zebra just for the fun of it :P

3. Extract files from the zip.

4. Place the .sim files in the SavedSims folder in The Sims 3:
My Documents\Electronic Arts\The Sims 3\SavedSims

If you do not have a SavedSims folder, make one in The Sims 3 folder.

3. Extract files from the zip.

4. Place the .sim files in the SavedSims folder in The Sims 3:
My Documents\Electronic Arts\The Sims 3\SavedSims

If you do not have a SavedSims folder, make one in The Sims 3 folder.