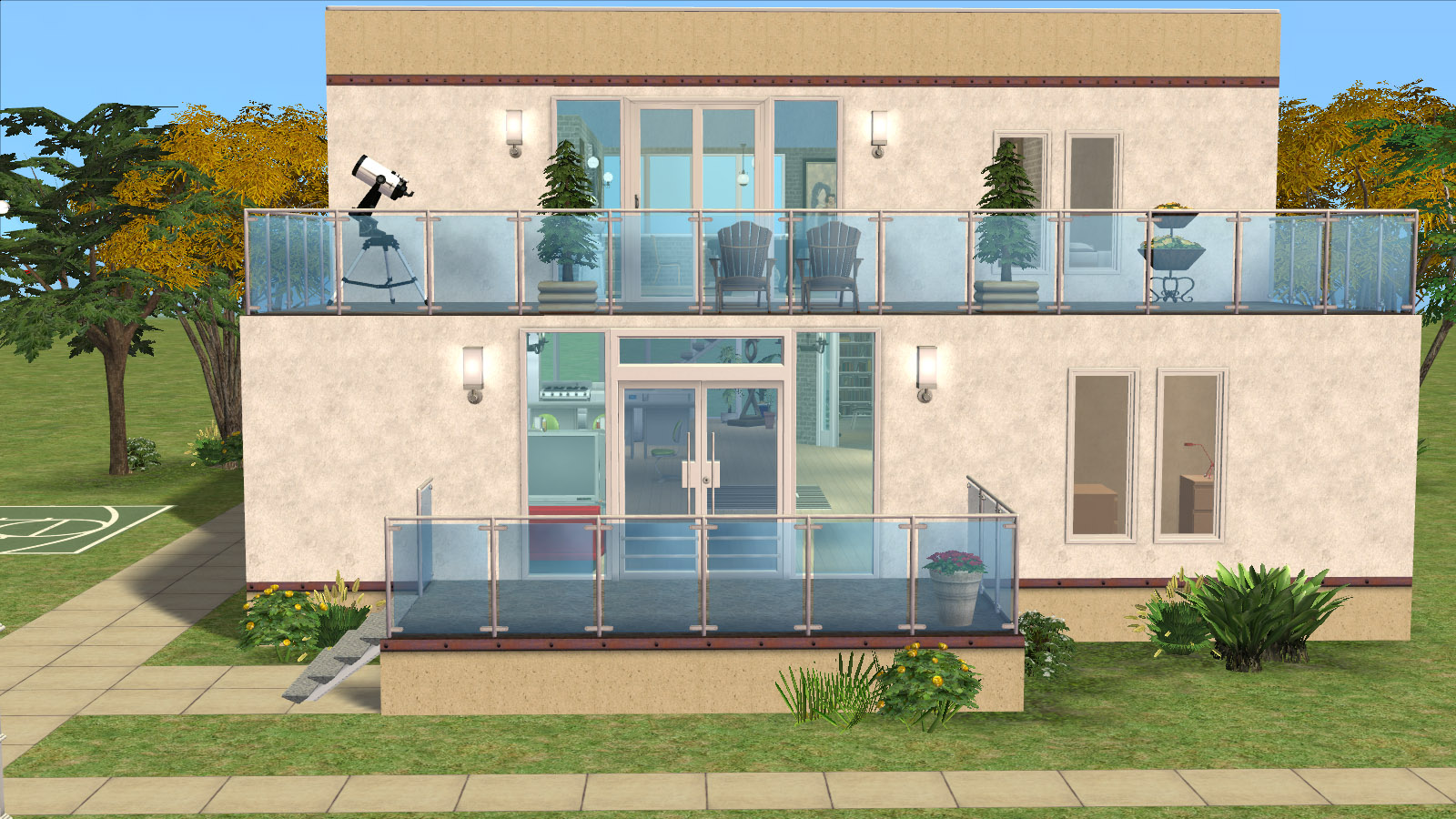 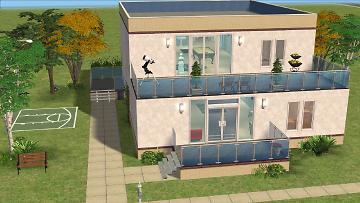 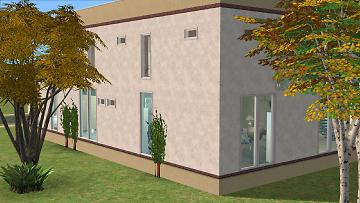 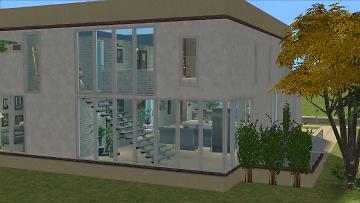 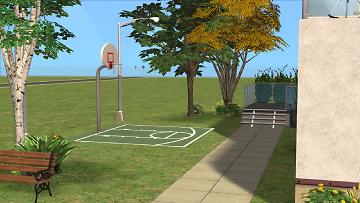 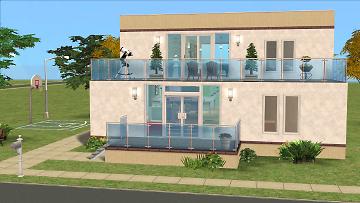 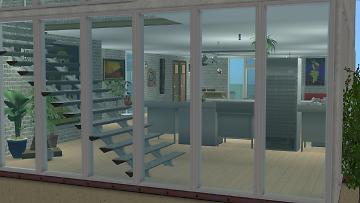 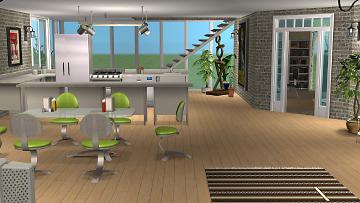 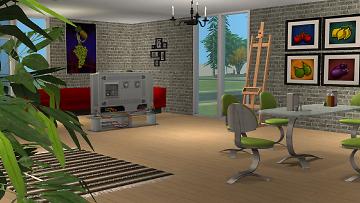 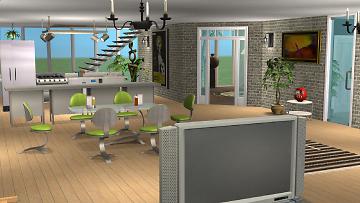 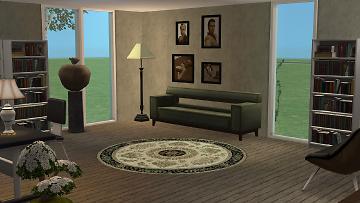 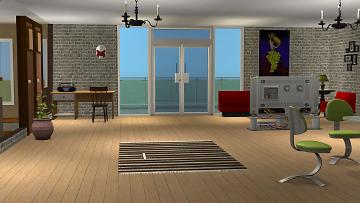 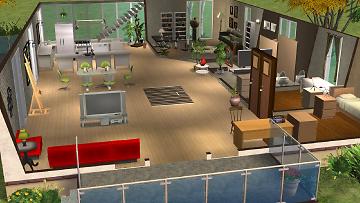 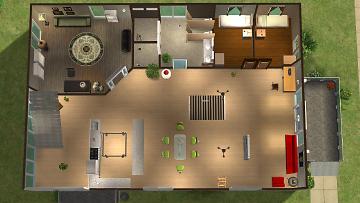 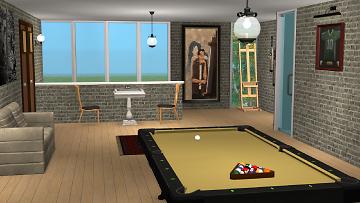 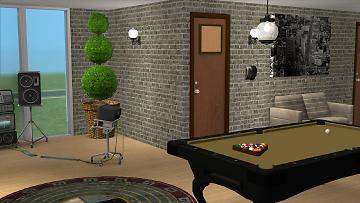 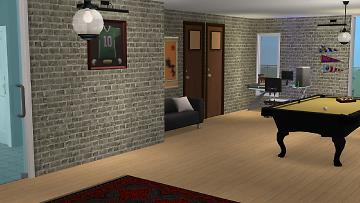 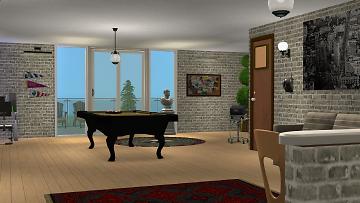 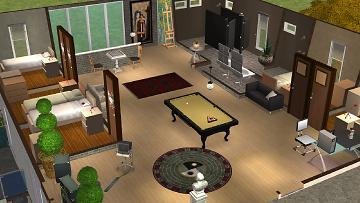 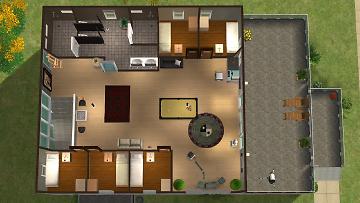 68 Thanks  Thanks     11 Favourited
Welcome to Langsbury House, a comfy, no-CC dorm with room for seven sims. Built with all EPs and SPs, so pretty much everything is required (especially UNI, IKEA, and MG).

Named for famed alumnus Langdon Langsbury, this seven-student dorm offers comfy and enjoyable common areas that will encourage your YA sims to interact and make new friends, whether studying, skilling, or simply hanging out. There's at least one item available for each skill, and some skills have more. There are multiple desks for doing homework and writing term papers, as well as a dedicated study for group research. There's also an open cafeteria area and plenty of entertainment options, including a basketball half-court, karaoke, pool table, chess board, and the always-irresistable darts.

Both floors have unisex bathrooms (because sims don't care, and why limit your routing options?) with two stalls, two sinks, and two shower rooms. There's basketball outside for fun and body skill, as well as a bench because I don't think I've ever seen a dorm IRL without a bench out front. There are lots of windows in the common areas for an open, airy feel and lots of natural light.

Unlike larger, state-school style dorms or those from grand and opulent institutions, this dorm suggests a smaller liberal arts college. I didn't put a lot of furniture or decorations in the students' rooms, since most are usually occupied by non-playables whose rooms disappear for the duration anyway. The rooms are for sleeping and...and changing clothes in, really. That's pretty much it. The rest of the lot is for the never-ending UNI grind -- by which I mean hustling pool and having a ton of parties and maybe even going to class.

Additional Credits:
So many thanks for Numenor, Quaxi, RGiles, and everyone who contributed to CEP and SimPE!