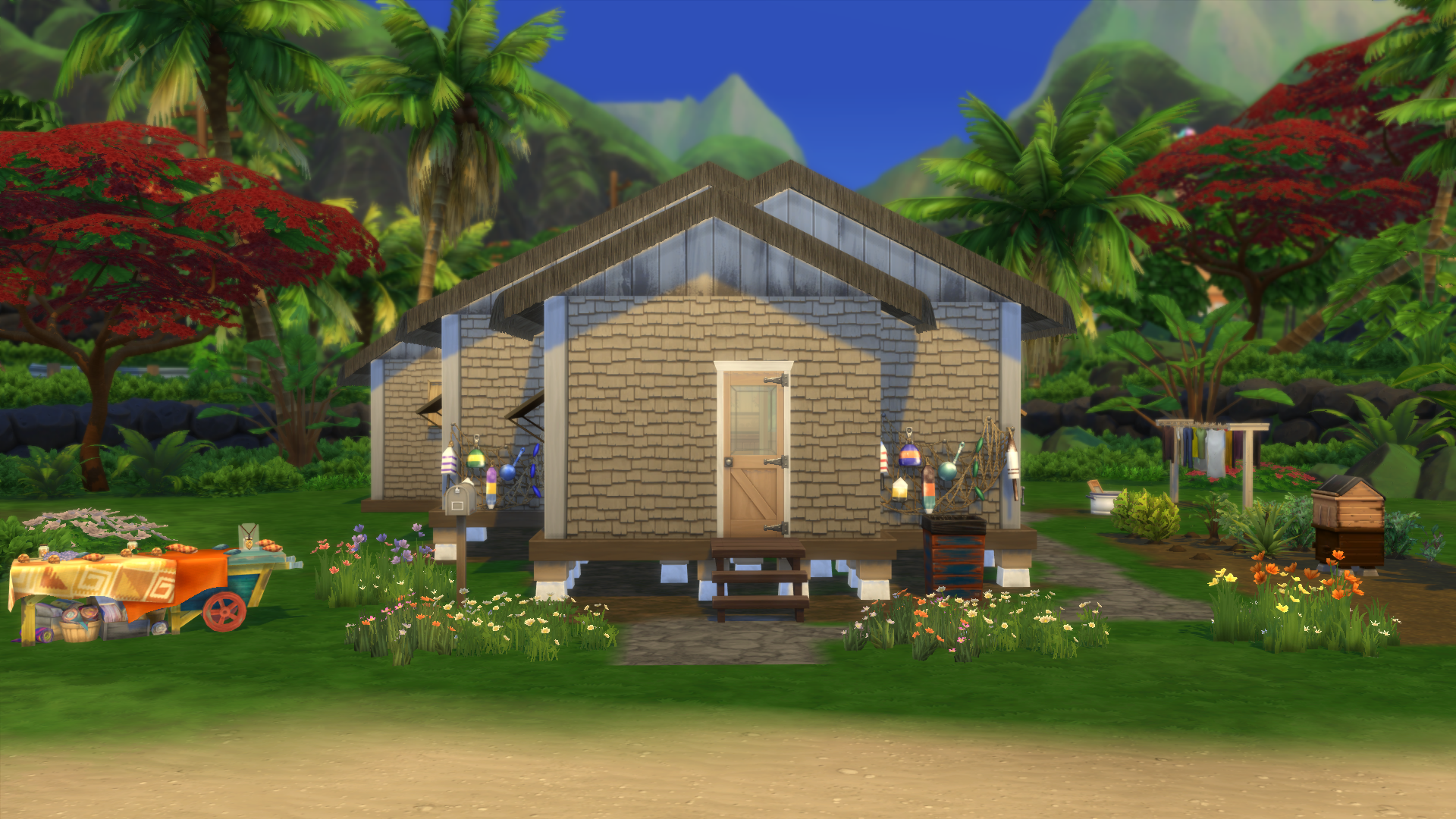 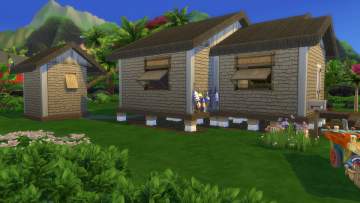 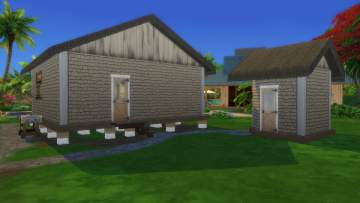 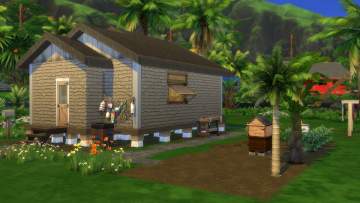 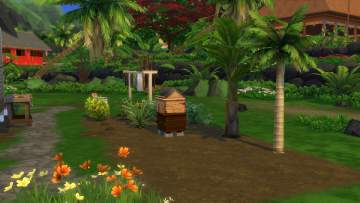 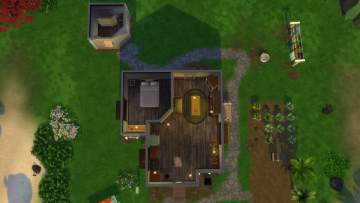 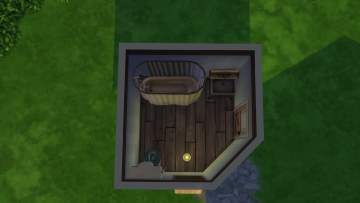 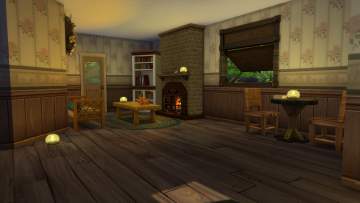 Created by SimMermaid
View Policy / About Me View all Downloads
Uploaded: 30th Jun 2019 at 10:54 AM
The fairytale like origins of a fishersim who met an Island Spirit who granted a great boon. Eventually that fishersim meets the first of his good fortunes, a mersim. A year has passed since he first met his beloved, Meralynn, and they have settled into a small but cozy home that he has built.

This lot has just the basics for a starting family to live off of. The garden provides fruit and vegetables, along with a few extras to sell for a bit of income. The detached bathhouse is the most luxurious part of the house for after all, nothing but the best for the Fishesims bride!

The lot has fertile soil due to the volcanic activity of the island, but the flipside of that coin means no electricity!

This lot is made to be Off The Grid

Read Part Two of the inspirational fairytale below!


The fishersim, stood in awe of this beautiful young woman, with dusky skin, faintly reminiscent of the lush jungle earth. He said to Meralynn, "I am called Cornelius in the land I come from and your song has moved me, right down to my spirit." Meralynn studies him and sees a faint aura about him, then says, "Cornelius, is a strange name for these parts, where do you hail from?"
"I originally came from a land far away known as Brindleton Bay. I sailed to these lands quite by accident some time ago have been living here since.I have never seen this island before, but just means that there is much I still have to see."
Meralynn scoots off the rock and approaches him. "Come, walk with me." Cornelius walks along side Meralynn as she traverses the beachside. Some time passes in all but silence, as they listen to the sounds of the island. The caw of a bird, the whoosh of the ocean, the trickle of a waterfall. Meralynn then says, "The vibrant life of Sulani is all around us, if you listen closely you can hear Sulani's heartbeat." Cornelius closes his eyes a moment and listens with more than his ears. "Yes I do hear it."
Cornelius's stomache than rumbles loudly. He looks at Meralynn in slight embarrasment. "forgive my stomache, it has been a long day and I fell asleep before I could catch my supper." Meralynn smiles. "The lagoon here is full of many fish. Come, let us find something to eat.
Later that evening, as the sun is setting over the ocean waters, Cornelius and Meralynn laugh and talk around a small campfire. Meralynn then starts to feel an itch and scratches it. She looks at Cornelius and sees he noticed her scratching. He askes, "Have you been bit? The insects are quite active this time of day." Meralynn sighs and answers, "No, but I do feel the urge to take a swim. Will you join me?"
"Why not? A refreshing swim would be just the thing to top this evening off."
He starts to head twords the shore with Meralynn close beside him.
He wades into the water, swims out a bit, turns to float on his back, and closes his eyes. As his eyes are closed, he does not see Meralynn wading into the water, or for that matter, does he see her after he opens them. Just as he thinks she has dissapeared, she surfaces next to him and splashes him playfully. He splutters and laughs, then splashes her back. The sun has fully set and the water is dark. Cornelius watches her idly swimming around and is stuck once again with her beauty. "Meralynn, you are so graceful in the water and the moon shining on you makes your hair look so colorful."
Meralynn swims up to him, shining in the moonlight she is lit by a soft glow. She says to him, I am a child of the ocean and this is my true form." With that she does a backflip and smims under him to his other side, before he could turn around, she surfaces and taps him on his shoulder. He whirls around and is met by her lips. He is stunned into silence from the kiss. She swims back back and floats on her back. The full moon catches the scales on her tail, making them shine brilliantly in the light.
Cornelius is awed by her oceanic form. He thinks carefully a moment and then says, "You are the woman from my dreams!" She smiles at him, knowing full well that he has been dreaming of her for some time. Sulani has been sending her to his dreams and they have known eachother for longer than just this day.

After many moons have come and gone, one year has passed. Cornelius and Meralynn have fallen deeply in love with one another. This night, the anniversary of their first meeting, is the night Cornelius makes Meralynn his bride. A simple shack that Cornelius built over that year is the home he takes her to, where they start their lives together...
END, PART TWO.

Number of bedrooms:
1 Bedroom
Custom Content Included:
None: No Custom Content included
Furnishings:
Starter Furnishings: Lot is furnished similar to how one would expect a real life furnished house or apartment to be
Special Flags:
Not Applicable

All my creations are to be distributed on free sites only with a link back to me here on MTS2.