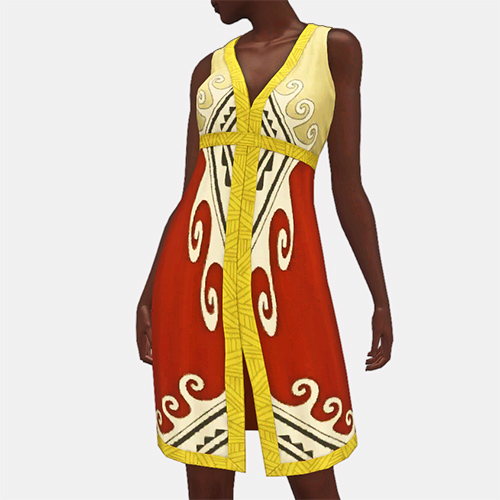 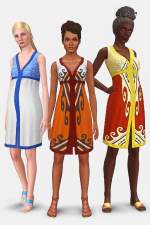 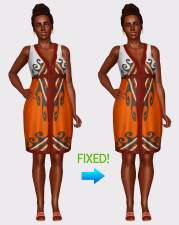 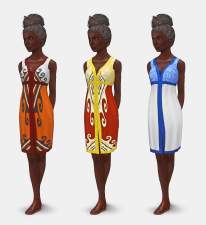 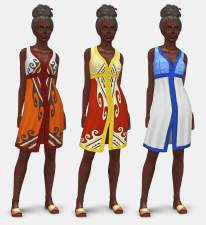 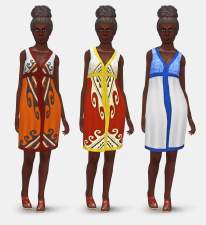 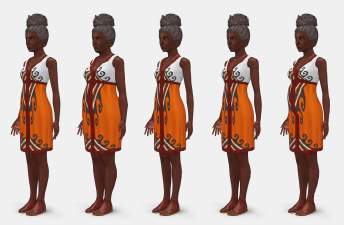 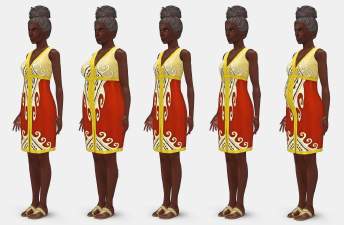 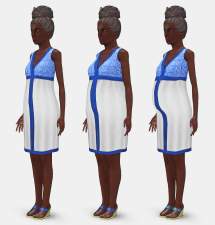 UPDATE 11/MAR/2021: fixed fat and fit morphs on adult version
Please redownload the adult version if you downloaded it before this edit! Make sure to remove the old version from your game, as the fix will NOT replace it.
-----

I was going to convert this only for teens initially, but decided to make more changes after taking a look at it in CAS - namely:
So, in the end, I ended up remaking both the adult and elder versions (also reshaped the meshes a bit while I was at it).
It's a lovely dress, but the way the channels were assigned really wasn't doing it any favors!
It took a bit to create a new control map?then the teen version was finicky in terms of bones?probably because I got lucky with not having to adjust the bones for the last two conversions lol.

Now there are three control options, as shown in the previews:
1. stencil is removed and turned into a design with recolorable areas - 4 channels;
2. version with unrecolorable stencil - 3 channels;
3. plain version (no stencil) - 3 channels.

For various reasons, I'm not planning to upload to MTS anymore, just visit and comment occasionally. If you want to see new CC I put out, visit [ my Tumblr ].
For issues with / questions about my creations or in general, please DM me here or send me an ask/DM on Tumblr/Discord. I don't get notified about replies to my uploads here.
If you have questions about something, I'd be happy to do my best to help (unless it's about script modding!).