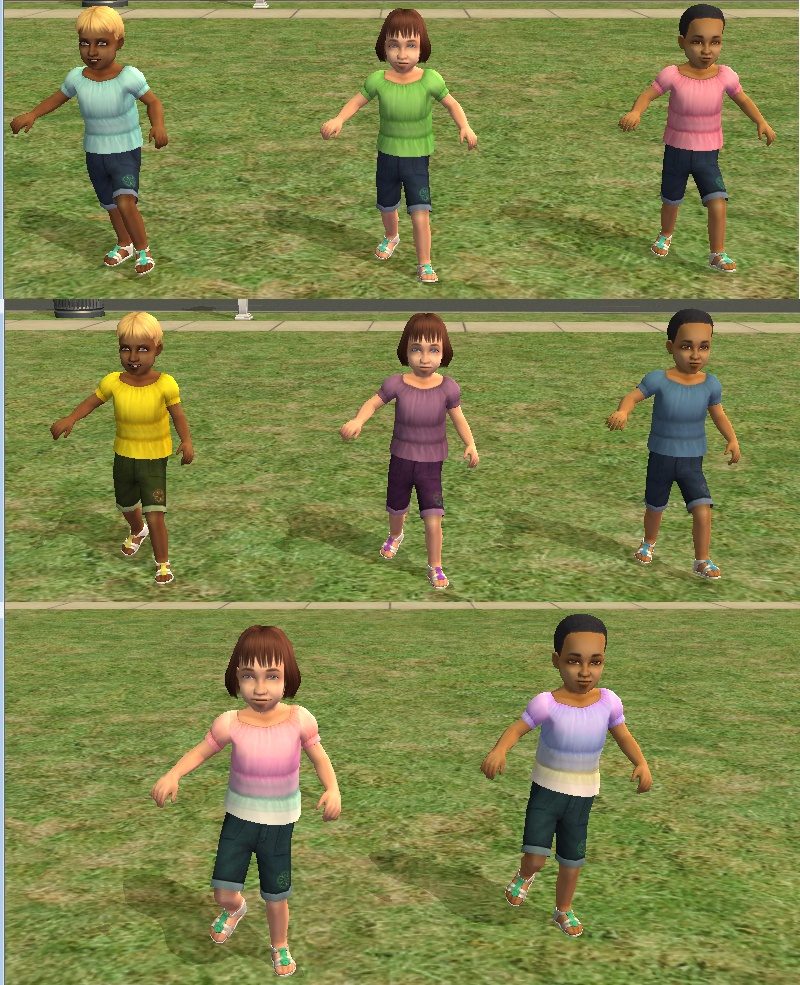 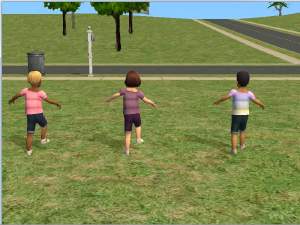 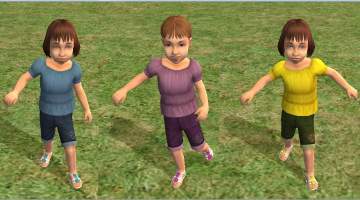 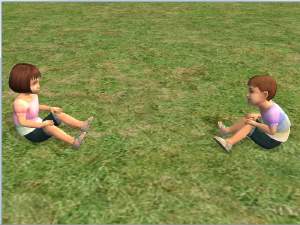 1,370 Downloads 33 Thanks  Thanks 5 Favourited 3,120 Views
Created by dharden
View all Downloads
Uploaded: 3rd Apr 2020 at 2:48 AM
Updated: 8th Apr 2020 at 9:45 PM
These are recolors of fakepeeps7's "Toddler Togs for Tepid Temperatures" outfits for female toddlers. There are two sets, and each set is in its own rar file. In accordance with fp7's policy, the mesh is not included. If you don't already have it, you will need to download it from her original thread. The outfits are available to female toddlers, and are set as Everyday. No expansion or stuff packs are required. Resources are compressed.

The rar file named alienpod_pfbodydresssailor_Custom.rar contains a non-default version of recolors that alien pod made as a default for the FreeTime "sailor dress" for female toddlers. These outfits can be seen in the top row of the catalog pic. Originally, I didn't plan to do more than make a custom version of that default, but ended up making some more recolors, using one of alien pod's textures as a template. The outfits in the middle row of the catalog pic have tops from my default set for the BG child overalls, rescaled to 512x512. The center straps on the sandals and the purple shorts are my recolors; the yellow shorts are from one of fp7's textures. The outfits in the bottom row have tops which are retextured with a color-shifted version of the jacked up rainbow pattern by freeflight at Colourlovers. These five outfits are in dharden_fp7_pFpuffsleevetopshorts.rar .

Here's a composite of closeup views that do a better job of showing the recolored sandal straps and the purple shorts. The blue and yellow shorts are from fp7's textures; the blue shorts were used in alien pod's default. Here's a side view of the outfits. The tops are mine, everything else is from alien pod's default. 
Additional Credits:
fakepeeps7, for the mesh and the shorts.
alien pod, for the default textures.
freeflight at Colourlovers for the jacked up rainbow pattern.

The basic pattern for the top is the CF blouse from Open for Business. Textures from defaults by alien pod and myself have been slightly edited to remove a very small area that is not used by fp7's original textures. Doing this keeps a spot of color from appearing on the Sim's right arm.

The blue, purple, and yellow tops use tweaked versions of textures from Skell's recolors of the OFB CF blouse.
Other Information