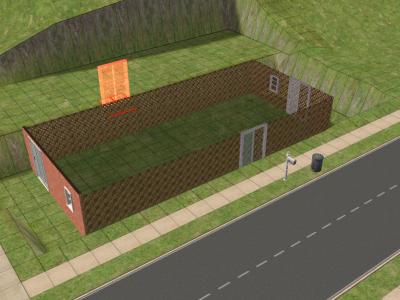 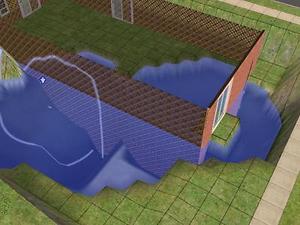 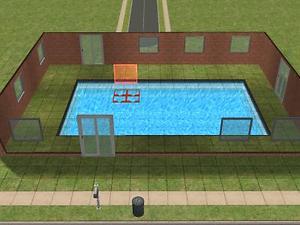 436 Thanks  Thanks     59 Favourited
UPDATED IMPROVED AND FIXED FOR ALL, AND FOR NUMENOR, AND SO THAT ITS MORE UNDERSTANDABLE
NOTE: If you downloaded very early on there was a critical error which is now thankfully, fixed. Just redownload, everything is fine now

Simple mod that shouldn't have taken this long. TADA doors (and windows) in a foundation. This will work with university and original (or any future expansions, i should think) and has compatibility with any other mod's like Numenor's invisible walls and the extra pools by foreverjardon.

INSTRUCTIONS
Attached are two .txt files that you can use to edit your foundations. The files you will need to look at are in C:\Program Files\EA GAMES\The Sims 2\TSData\Res\Catalog\Scripts. Copy and paste the original walls.txt and deckfoundations.txt files into a seperate folder first (somewhere safe, on your desktop). Take the two attached files and open them, then copy and paste the text of wall hack.txt into walls.txt at the end at the end of the file, and the text of deckfoundations hack.txt into deckfoundations.txt at the end of the file. Close the txt files and save where prompted. You can now start the game and enjoy the hack.

Upon opening the build mode and choosing foundations, you'll see two new options. The thumbnails are messed up, and I don't know how to fix them, but its OK i swear

And they are labeled correctly, one foundation, one latticed deck.

At this point you put down the new foundation (you could as easily use the new latticed deck, but it helps make things more complicated). This should be the size/shape (any shape works) you want your foundation to be in the end.

Now, place a piece of the new foundation around the entire deck area in any shape, so long as it covers every piece of the deck wall. Now (and this is important) DELETE the foundation you just surrounded the deck with *UNDOING WILL NOT ACHIEVE THE DESIRED EFFECT*. Once you delete the foundation around your deck, the deck will have magically become a foundation, full with recolarable walls, and placable doors and windows! Its like, wax on, wax off, the surrounding new foundation passes its traits to the deck that you placed. However, foundations placed underground will (fairly obviously) not allow light in through windows. It just won't work....however...

Once windows are placed, don't lower the ground inside the foundation or the wall will get all messed up (easily undoable by clicking undo....but still). To keep the basement the height you want it at, just place a tile down over the entire surface, and then add water around the outside of the basement, lower the ground around it, etc. Another very neat trick i'd suggest, is to place a standard wall inside the new foundation. This allows for perfectly level ground next to the apparent foundation wall, though it will actually be a false wall...i'll post a picture showing the different neat ways to exploit this.

THE PICTURES
The whole point to these is to show that you can put water under the walls, showing the foundation goes to infinite depth, proving its a foundation and not simply walls at a low ground level. I have several happy residents living in this type of house and you'd be AMAZED at the types of situations you can create with this new feature. Obviously you don't want to flood your basement...though now you could

. And the last picture is to show some options for clever placement of inside walls to allow a more realistic look.

ANY questions, post them in here. ENJOY. And thanks to Delphy for moving this over here now that its a finished hack, to higgens534 for his objects on walls hack that gave me the idea for this, and Numenor for a bit of help at getting this more community friendly (AKA registered and done a better way than i had originally done). I'll repost something similar in the hackers database.