Halloween Costumes for All Ages 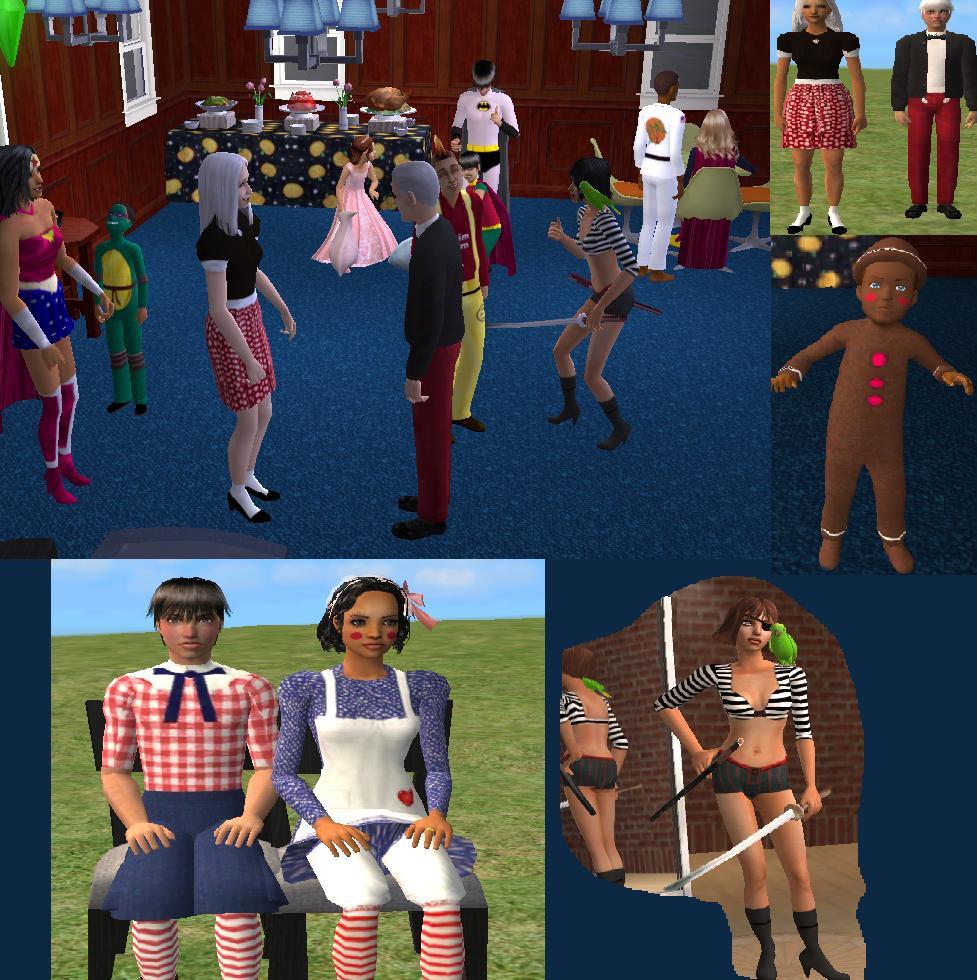 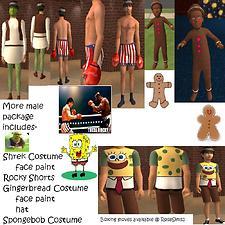 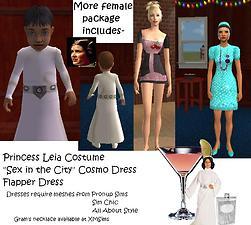 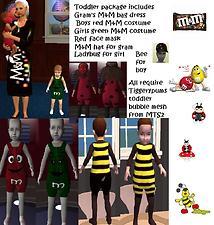 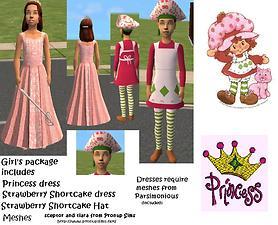 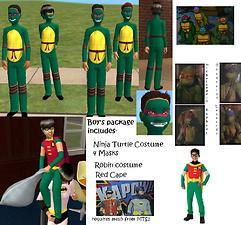 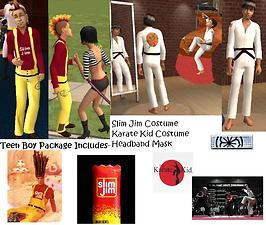 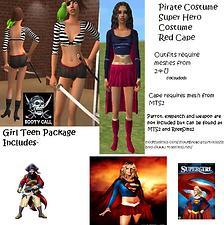 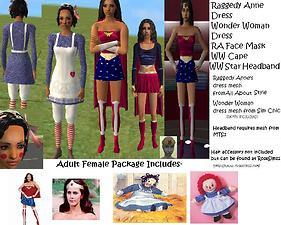 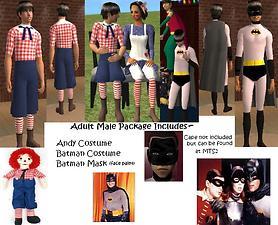 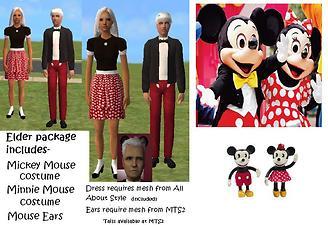 11,263 Downloads 223 Thanks  Thanks 35 Favourited 45,570 Views
Personal Picked Upload! This is a personal favourite of the creator!

Created by Cee
View Policy / About Me View all Downloads
Uploaded: 18th Oct 2006 at 9:16 PM
Updated: 15th Mar 2009 at 3:22 AM
I made most of these for a group that I belong to but since everyone there has had the past two weeks to dl them I wanted to share them(and some others) here with you. I got the idea for these costumes both from costumes I've seen on-line and costumes I've worn or seen others wear. Who knows- maybe you'll find your costume idea here!

Shrek's costume require's a mesh from All About Style (included)
Rocky's shorts are Maxis
Gingerbread boy costume is Maxis
hat mesh is by boblishman http://www.modthesims2.com/showthread.php?t=138315 (no badges)
Spongebob costume is Maxis


Thanks to all the meshers! These costumes aren't meant to look as much like charecters (ex. Batman, Raggedy Ann) as costumes that you might buy or make at home. I spent alot of time (and had fun) doing these so if you like them letme know! ceecee
This is a new mesh recolour, and means that you will need to download the particular mesh itself in order for this to show up in your game. See the Meshes Needed section or read the text for more information.
Files Need help with downloading or installing content? Click here!

This download requires one or more meshes to work properly. Please check the Description tab for information about the meshes needed, then download them below:
Also Thanked - Users who thanked this download also thanked:
child-robes!
by mia86
[Testers Wanted] fixed bunny family
by dyonis-my
-*Holidays at Phae's*- TONS of Winter Outfits, All Ages, Both Genders!
by Phaenoh
Belle Epoque - Part 3b - Eveningwear - Kids and Teens
by alexasrosa
Hogwarts uniforms for children – winter set
by cloudlessnights
Toddlers' Swimwear Collection - *FIXED MESH 03/27/09*
by fakepeeps7
"When I Grow Up..." Play Outfits
by wlsestudios
Glitched-Up H&M Jeans FIXED! And Untucked! For Both Genders! Triple Yay!
by fanseelamb
Halloween: Skeleton Family
by Queegy
Medieval Toddler Outerwear
by FairySims
Packs Needed
None, this is Sims 2 base game compatible!
Other Information
Age:

I LOVE making clothes for the sims, It stems from my love of clothes for myself that I can't afford, lol! Sharing what I make here and getting positive feedback makes it even more fun!
Feel free to use what I make any way you like. Share it with a friend, tear it apart, put it back together and share it for yourself. I think I am a creative person so I have good ideas for things to do but I tend to not add quite enough detail or to do things a little too messy sometimes. If you can take what I've done (or an idea that I have) and make it better, go for it! Just let me know so I can see! And wherever you put it PLEASE keep it free!!!


For God so loved the world that He gave His only son to die on the cross so that whoever believes in Him shall not die but have everlasting life. Jn 3:16