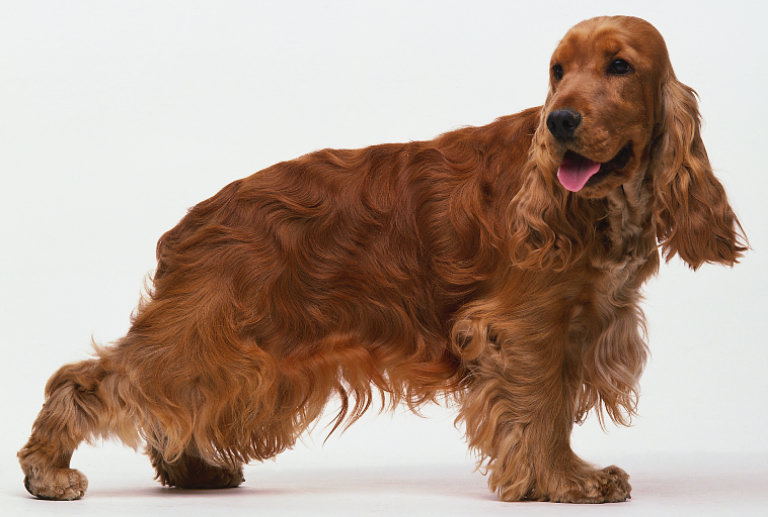 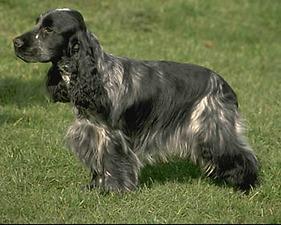 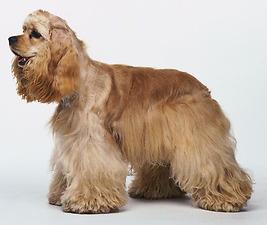 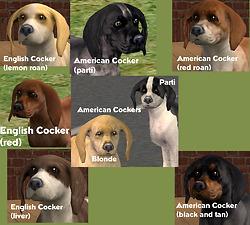 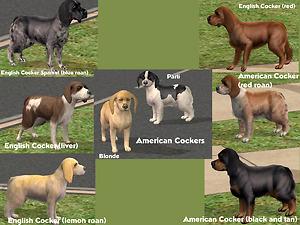 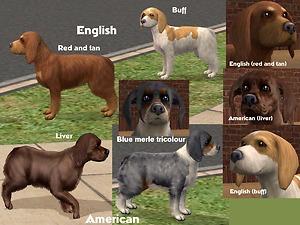 The first of three packs of spaniels. This one featuring both the English and American Cocker Spaniels. Included are two colour variants for each breed, and I'll probably upload more variants soon.

The American Cocker Spaniel comes in blonde and parti-colour (black patched). Though the photos included show a lot more hair, mine represent the typical pet Cocker, rather than one specially groomed for dog shows.

The English Cocker Spaniel comes in blue roan (flecked and patched black. Referred to as "parti" in one of my images.) and red. Once again, my models look light on fur, but I played with them for a while and decided that this best represented the typical Cocker.

For the American I've added black-and-tan (Doberman-coloured) and red roan (patched and flecked red with white).

For the English I've added lemon roan (cream/golden patched and flecked with white) and liver (white with dark brown patches).

Additionally, the new English Cockers have a "flowing" coat rather than a smooth coat. If you don't like that feel free to change them back to smooth coats (same goes for changing the old smooth coats to flowing). I, however, didn't feel a need to include both smooth and flowing coats for download (twice as many files, and I'm sure you guys are quite capable of that quick little change!).

Update Number 2
I'm just having so much fun recolouring my Cockers, I figured I'd share four more recolours (that's two for each breed).

For the English I've added buff (white with sandy-orange patches) and red-and-tan (Doberman coloured, but with a reddish base instead of black).

Policies
I'm pretty chill about stuff overall, with some boundaries: