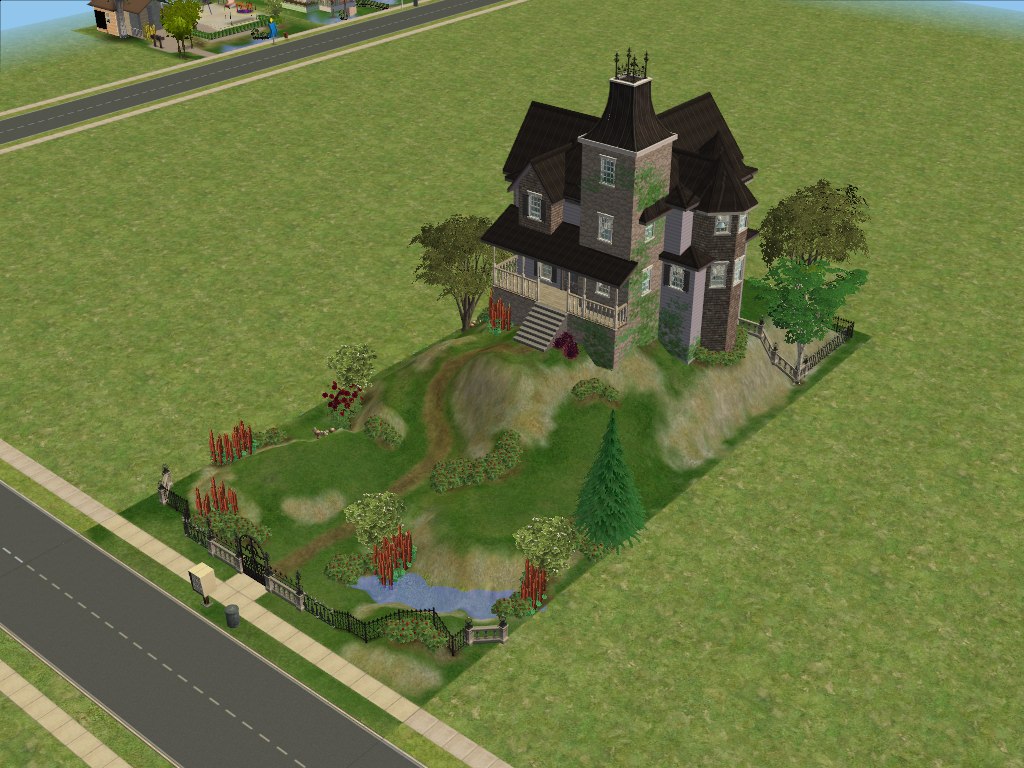 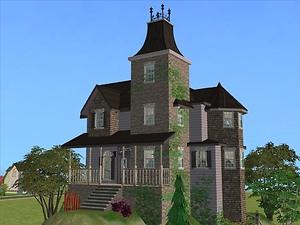 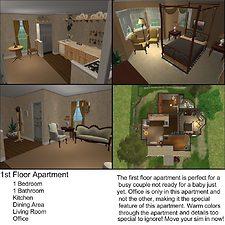 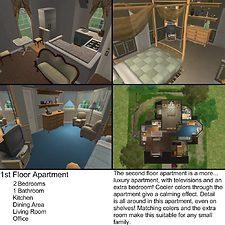 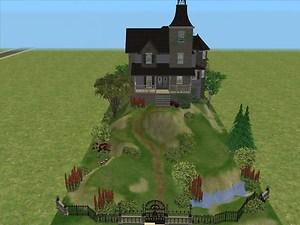 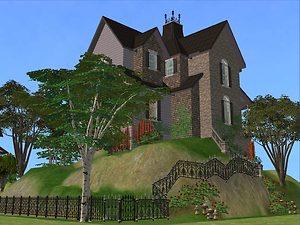 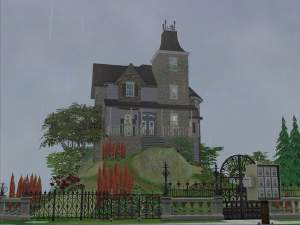 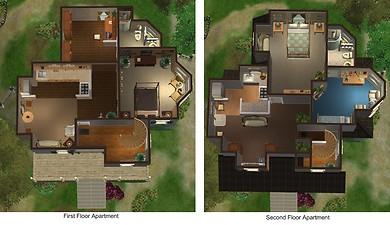 Hillcrest manor has been around for, quite literally, ages.
With it's a worn vinyl siding, rotten lap sided, and water
stained stone facade, it is sure to make a statement
among your more...cheerful...houses on the street. Precariously
perched atop the crest of a hill with jagged edges and
towering foliage placed conveniently around the house, giving
an even more eerie effect. But, surprisingly, the building has
finally been bought out by a quite spunky interior designer with
an eye for a personal neutral style, which is hard to pull off might
I add. The manor has been chopped into two apartments, one
on the upper floor and one on the lower floor. Each one
furnished with your sims in mind. Without further ado, Hillcrest Manor,
the new apartments in your neighborhood. 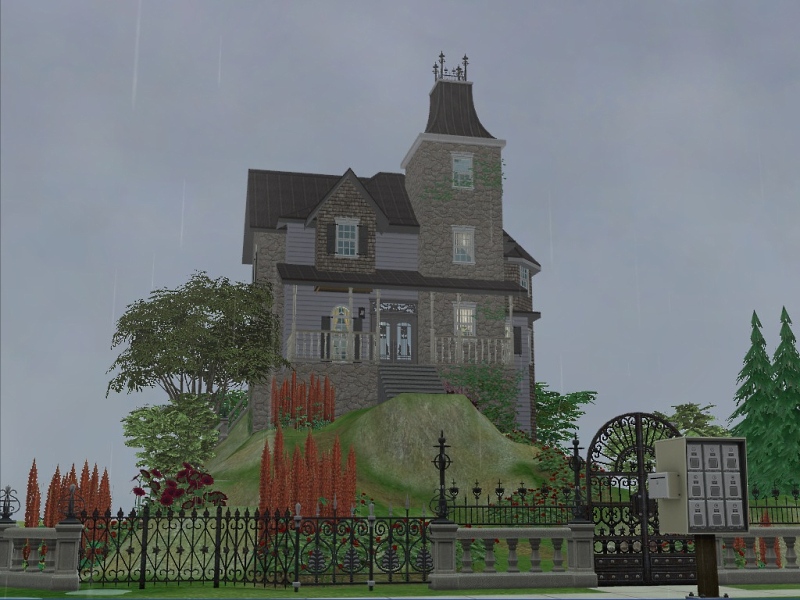 See, now just because a house has a not so pretty outside, it
doesn't mean the inside has to look bad either! The following
has been broken into two parts, each for the separate units. 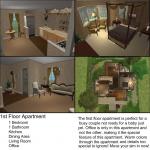 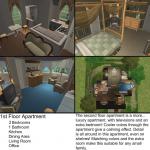 Thank you for making your way to this apartment, while your here
drop a comment about what you think of the apartment! Before you
go I want to relieve any problems you have:

1 - Yes, it is built on a hill, but it will NOT edit the terrain in your neighborhood, don't worry.

2 - I know you can't edit walls, windows, doors, etc. while in
apartments, so, to be safe, I play tested BOTH apartments
for a sim day, while raining. Weather proof and fully functional!

3 - If you are interested, yes, it is very easily changed into a normal house

Thanks guys! Until next time, Q!