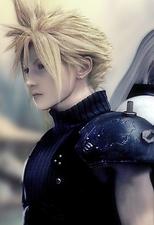 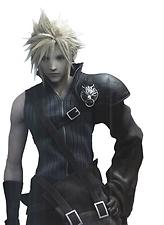 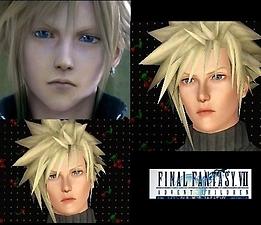 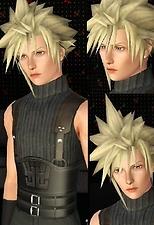 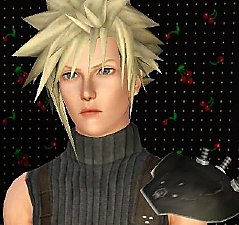 28,936 Downloads Quick download 1,004 Thanks  Thanks 233 Favourited 144,762 Views
Picked Upload!   This is a picked upload! It showcases some of the best talent and creativity available on MTS and in the community. An arrogant and proud swordsman at first, believing himself to be a member of an elite warrior unit called SOLDIER, Cloud discovers that the memories of who he was were not his own and, with the help of his friends, learns that there is more to being a hero than possessing physical strength and fame. 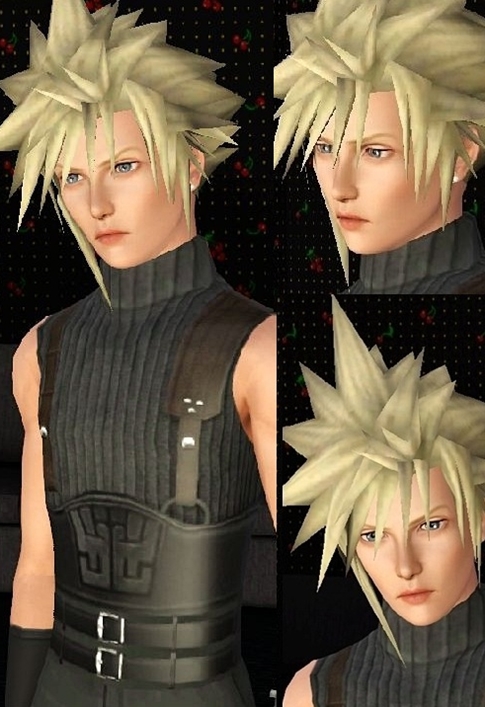 Cloud is of medium height with a muscular build. His blond hair is spiked, and in Final Fantasy VII featured one particularly large spike emerging into the air. For this reason, Cloud's spiked hair has become one of the trademarks of his appearance, although in later appearances the spikes have been toned down.

Cloud's outfit in Final Fantasy VII, is the standard uniform for 1st Class SOLDIERs. The clothing consists of simple pants with a sleeveless shirt, which are indigo in color, and a belt. Cloud also wears brown boots and gauntlets with a single pauldron over his left shoulder. This is the uniform he wears for most of his other appearances, with slight variations.

Despite the feelings he may have, Cloud remains steadfastly loyal and true to those he cares about and is always driven to protect them, even going as far as to hide his pain and emotions so he could not worry them. Ultimately, it is his selfless and kind nature that gives him the ability to overcome Sephiroth time and again

This sim is packed with default skin,hair and clothes so please download the following to make him look good in the game,thanks

Here is a new link for his outfit - http://casan3.blog.fc2.com/blog-entry-17.html


eyebrows are base game.

Thanks very much for downloading