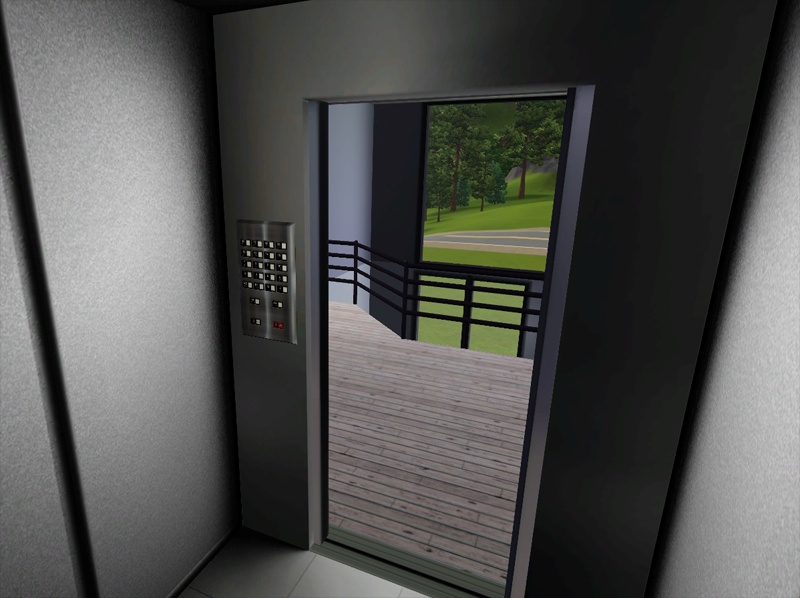 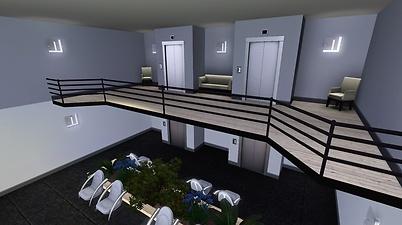 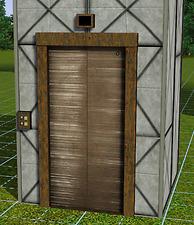 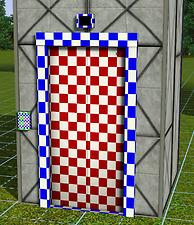 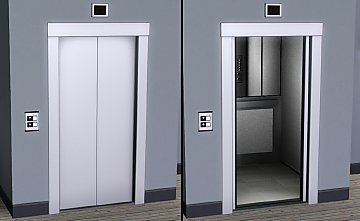 Picked Upload! This is a picked upload! It showcases some of the best talent and creativity available on MTS and in the community.
First ever object... Why, oh why did I choose the elevator? 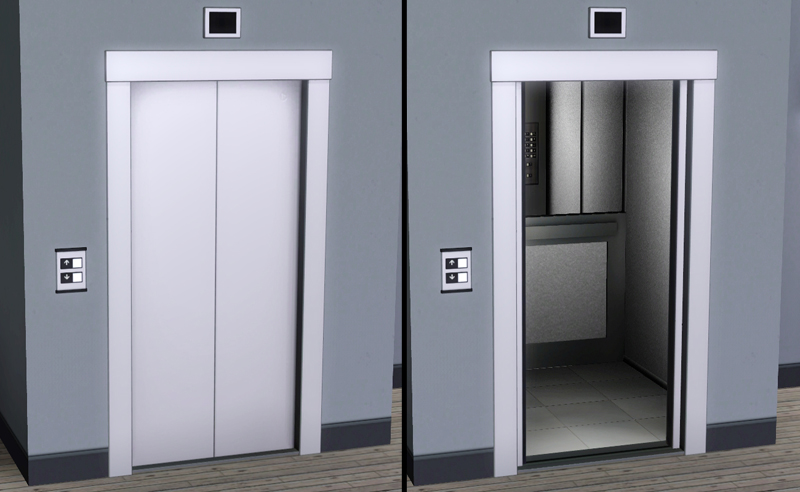 Introduction
I've always had a childish fascination with elevators. When I got LateNight I couldn't wait to get placing elevators all over my mansions. Much to my dismay, they were ArtDeco themed, and so didn't fit in ANYWHERE.
As ever, when I find something I dislike, I decide to attempt to remedy the problem myself, usually only making myself more insane in the process.

Here is the modern elevator. Works just like a normal elevator, but has +2 sexiness.

Scripting
In order to change the interior, and also to remove the effects which didn't fit anymore I've had to clone the elevator classes as well as everything else. These new classes do not overwrite the old ones, so the Deco elevators will still function perfectly.
Due to the copied classes; Deco Elevators will not interact with Modern Elevators in the same stack and vice versa, but I'm inclined to consider this more of a feature than a bug. ;P
The new classes also make use of their own cloned tuning files. If you like the elevators faster than default (or indeed slower,) this is still possible. The XML files contained in the package are the same layout as the original elevator.

CASTable Channels
The exterior model makes use of all four channels:The interior, unfortunately, is not designable. However the color is changeable with the "Set Light Color" debug interaction.

Presets
There are four texture presets to chose from, each with their own overlays.
Why *TESTING*?
There are two features which I've not yet managed to get working.
My intentions are to make the screen above the door display arrows while moving and possibly which floor the elevator is currently on (changing the logic so that there is no wait on call if elevator is on the current floor.) However I'm struggling to find a decent way to display things on the screen. (Still looking.)

With those two small missing features considered, I've decided to (pre)release the elevator as there are buildings which call for the modern look,
Bugs Found
Sims don't seem to be able to route through the elevator when told to use some objects, if there are no deco elevators also connecting the floors. (Weird bug, working on it.)

The extra features
The mirror is working! The elevator has an extra slot, which a mirror is attached to before the doors open. Shortly after the doors close, the mirror is removed, so the mirror isn't rendered unless you can see it. (Thanks again to cmomoney for helping with the slot editor.)
This has also given me an idea for how to do the screen, but I need a rest for a bit now. =P

Footnote
I generally make things for my own use, rarely uploading my creations. However I think that a modern elevator is something that was extremely lacking, and I hope that you find it useful.

Built with version: 1.29 (EP10/Pets)
Compatible with: All versions since LateNight (In theory.)

See: Game Help:TS3 CC Basicswiki for a full guide!
Back to download view
119 Comments / Replies (Who?)