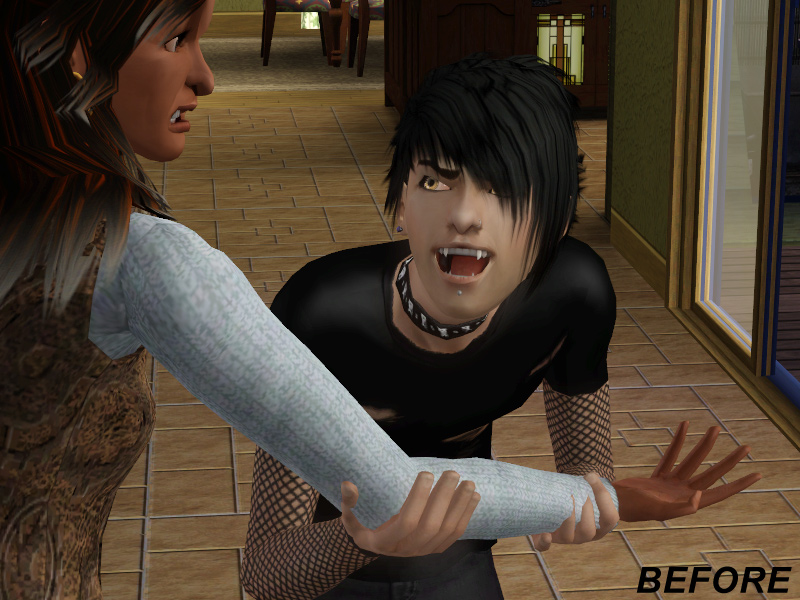 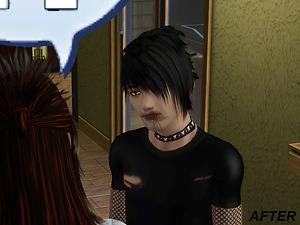 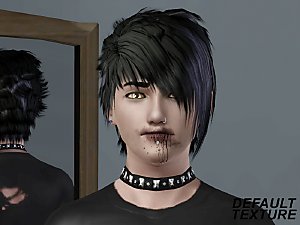 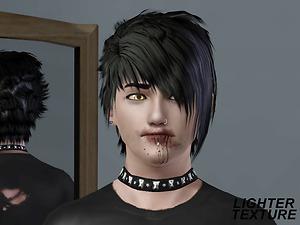 Due to the massive amount of work keeping track of all the versions I was building for, I'm not going to be doing it anymore. Sorry.
I'll leave the old versions up for people that want them, but I won't be updating them anymore.

What does the mod do?
This mod adds additional functionality to Vampires. One thing that always annoyed me was that they were so clean with their feedings. I prefer my Vampires a little more primal and creepy. Thus I set out to fix it.
There are plenty of bloody costume makeups out there, and personally, I didn't want one all the time. At the same time, I didn't want to have to constantly go to the mirror to toggle blood.
The mod automatically applies makeup to your Sim after feeding (only on other sims.) Later on in the day, the makeup will be removed. Either over time, or by use of a shower/bath, even brushing teeth.

How does it work?
You can use any CAS makeup part with this mod, however as not to be redistributing other creators content, the mod comes with a self contained default costume makeup item that is hidden from CAS. More information on how to tune this mod below.
The mod checks for Sims receiving either the 'Sanguine Snack' or the 'Sated' moodlets. Upon acquiring either of these, it will automagically apply the makeup specified in it's tuning file to said Sim. The makeup will be removed if one of a few scenarios complete. Either the buff that granted the makeup wears off, or the Sim takes a bath/shower or brushes their teeth. Bath, Shower and Teeth Brushing activation can all be toggled individually in the tuning XML.

What if my Sim is already wearing makeup?
Even if your Sim is already wearing the same type of makeup as you have set the mod to use (costume by default,) the mod will add another layer on top of your current makeup. (This is not something that can be done in CAS.) So you will see their usual makeup along with the mod applied makeup.

How do I tune?
I'm not going to explain how tuning works, there are plenty of tutorials to seek the wisdom of. I will explain what each entry does:Please make sure to tune makeup info to your liking before heavy use. (See uninstalling.)

Updating
Same as any mod. Just replace the old package with the new. Don't worry about issuing the uninstall command, unless the patch notes scream about it in big bold letters.

Uninstalling
Simply removing this mod will not cause any major issues, other than people wandering around permanently in the makeup. It is recommended that you run the uninstall command. This will immediately remove all makeup from Sims that have it on as well as dispose of all persistent data on said Sims. Steps as follows:

After this it will be as if the mod had never been used, and you can uninstall it or change the makeup information in the tuning file.

Conflicts
This is a pure scripting mod. It will not conflict with any mods... Other than another copy of itself, obviously. <.<

Extra
I've also included a file labeled (Extra.) This is NOT needed for the main mod. This is just in-case somebody likes my texture, but isn't interested in the mod. They can grab a usable makeup... thing. Don't want to annoy anyone by not offering what's in the screenshots. ;D

Additional Credits:
Buzzler - Helping with buff detection logic. Thanks. =3
twallan - Pointing me to his mods for reference of outfit modification. <3
Peter Jones - S3PE
Other Information

Please select only one "[Main Mod]" package.
The "[Extra]" package can be used with or without the mod.

Uhhmm...
So I went to edit my profile and saw this empty box sitting here.

Well, I make stuff, occasionally I even finish stuff. I don't much mind what people do with it. Feel free to hate it, love it, tear it apart and put it back together again. Just so long as you enjoy yourself.